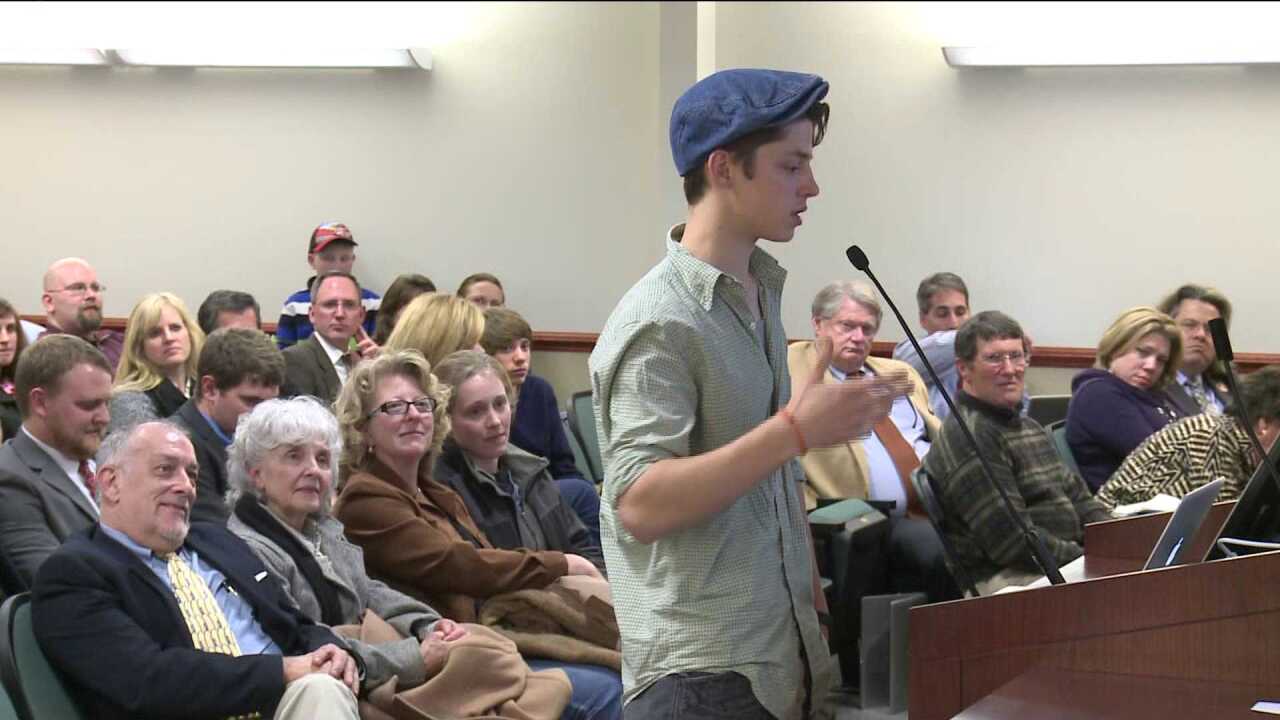 They were there because of a religious exemption policy put in place by the school board in 2013. The policy required children ages 14 and up, who wanted to be home schooled, to provide a statement about their religious beliefs to the school system.

The board reserved the right to bring the child and his or her parent in for a hearing.

However, after listening to many people's concerns, the board voted to repeal the policy.

There will be one more vote at the board's next meeting, however, parents said the board informed them that they promised to vote the same way.

As for parents who received a letter asking for their children to provide a statement, that is currently suspended until the final vote takes place.

The Home School Legal Defense Association said the policy violates Virginia law. State law allows children undergoing religious training to be taught at home without having to defend their beliefs.

The board told parents that the policy was not about judging, but how the board could comply with the law without being intrusive.