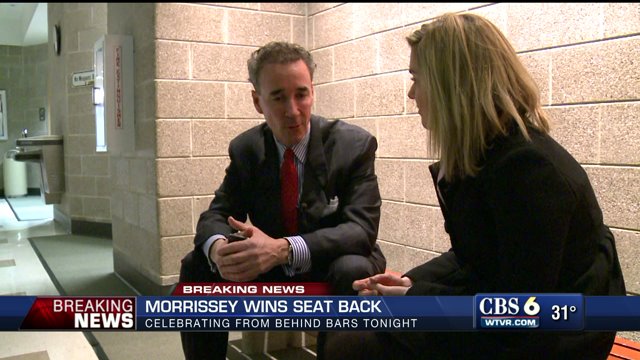 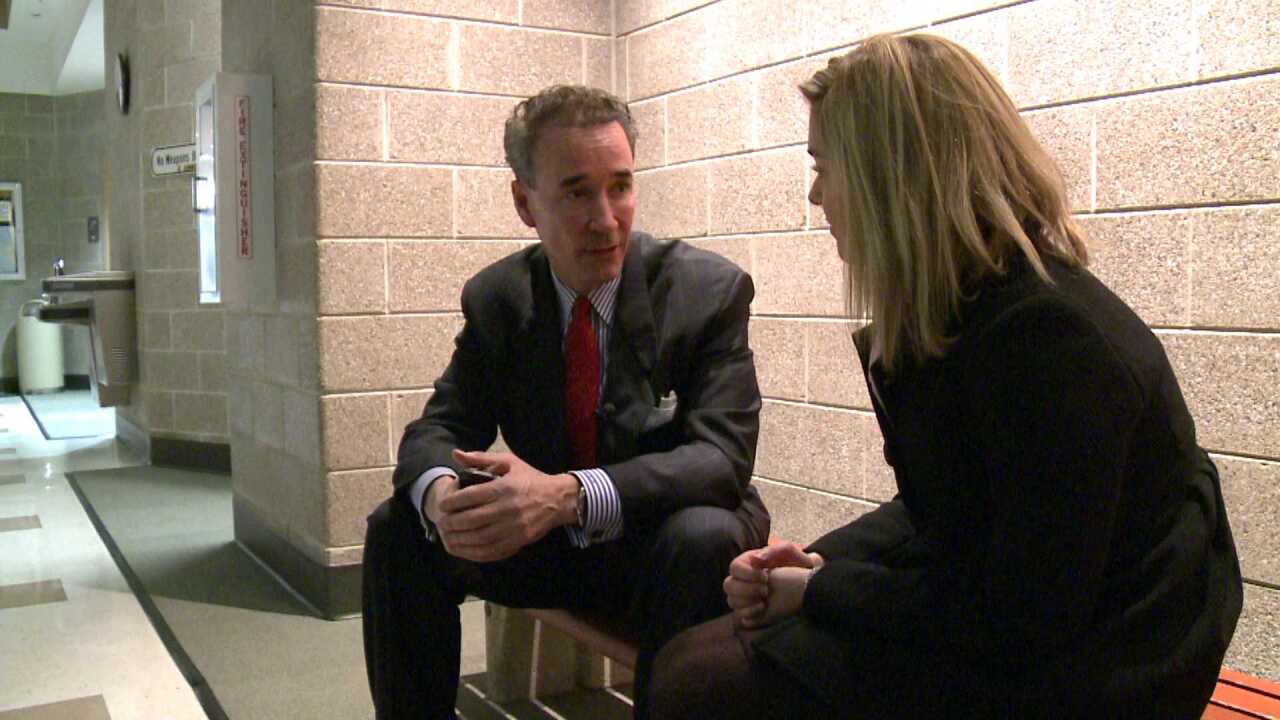 Inside the Henrico County Regional Jail East, CBS 6 reporter Melissa Hipolit broke the news to Morrissey that he had won.

“How unlikely would it be that somebody in my circumstances…wins an election when all the people are against him and they go negative?  Maybe the message for the rest of the Commonwealth is, you can actually win a race by being positive,” Morrissey said.

The former Democrat, who was forced to resign his seat in the legislature last year, is serving time on work release after being charged with contributing to the delinquency of a minor for alleged sexual relations with a 17-year-old girl. He entered an Alford Plea.

Morrissey showed up five minutes late for his curfew, which was 8 p.m. on the night of the election. Henrico Sheriff Mike Wade said Morrissey will have to return to jail 30 minutes early on Wednesday because he was late.

Morrissey couldn’t help but smile when he learned the results, especially when hearing what happened in the precinct where his Democratic challenger lives.

“(We) ran the table in Charles City County!” Morrissey said.

The man who ran as a Democrat against Morrissey in the special election, Kevin Sullivan, released the following statement:

"While we're disappointed with the results I'm very proud of the campaign we put together such a short time frame. We met tons of voters who are dissatisfied, their representation and ready for effective leadership in the State House. I look forward to continuing my work on improving the lives of working class families."

Would you have ever pictured yourself in jail waiting for election results?”

“No, no I wouldn't,” Morrissey said while commenting on how "surreal" the moment was for him.

Other inmates could be heard chanting “Vote for Joe" on the floor where Morrissey's jail cell is located.

Other inmates could be heard chanting “Vote for Joe" on the floor where Morrissey's jail cell is located. The delegate-elect Morrissey now faces a new investigation into his lawyer's alleged use of possibly fraudulent documents during his trial.

“I’ll address that...you know, it's like a wrestling tournament, you wrestle one match at a time,” Morrissey answered when asked if it feels like people are attempting to oust him.

Morrissey added that he planned to contact the now 18-year-old girl at the center of his conviction Tuesday night.

Morrissey’s former colleagues on both sides of the aisle in the legislature reacted strongly to his victory, releasing the following statements:

"Mr. Morrissey's election tonight does not change the fact that his actions fall grievously short of the standards of a public servant in the House of Delegates. As Speaker, I have an obligation to faithfully and impartially discharge my duties as presiding officer and a responsibility to protect the honor and integrity of the House of Delegates as an institution. There are a number of options available to the body to address questions of conduct regarding its members. These options are set out in the Constitution of Virginia and the rules of the House. Working with House Minority Leader David Toscano and other members of the House, we will begin the process of assessing these options in order to determine the appropriate path forward," Speaker William J. Howell (R-Stafford) wrote.