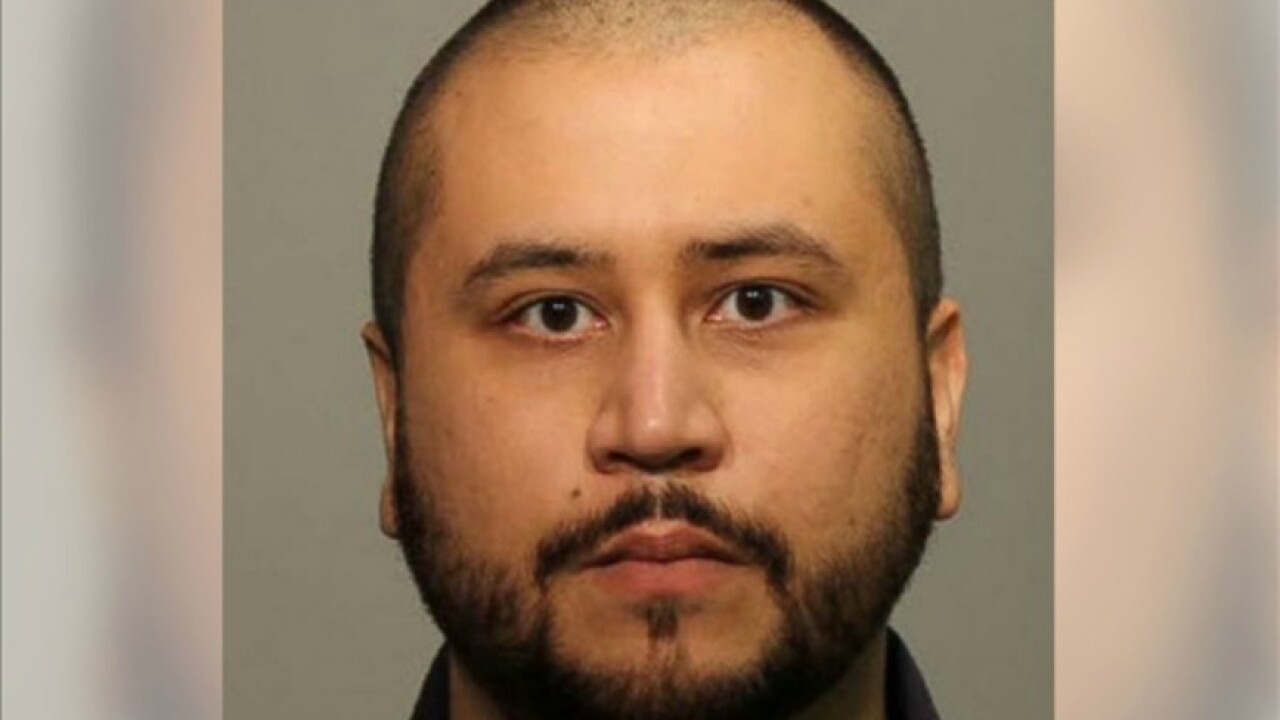 LAKE MARY, Fl. — (CNN) — George Zimmerman — the man acquitted by a Florida jury over the death of Trayvon Martin–was arrested Friday in Florida on suspicion of aggravated assault and domestic violence with a weapon, local authorities said.

The 31-year-old Florida man was arrested by police in Lake Mary around 10 p.m. and booked into the John E. Polk Correctional Facility, according to that facility’s website. That facility, like its website, is run by the Seminole County Sheriff’s Office.

It all came about after Zimmerman allegedly threw a wine bottle at a girlfriend, his lawyer Don West told reporters.

“Whatever happened took place several days ago,” said West. “And, as far as I know, they have not been together for some time, certainly not since then.”

Police first learned about it after coming “in contact with the (alleged) victim at a traffic stop,” Lake Mary police spokeswoman Bianca Gillett said.

The incident is the latest legal run-in for Zimmerman since his acquittal in July 2012 on a murder charge in the death of Martin, a 17-year-old African-American. In fact, it’s his second arrest for alleged domestic violence against a girlfriend–though Lake Mary police spokeswoman Bianca Gillett said this alleged “victim is not the same (woman) as in 2013.”

“It’s clear he hasn’t been very lucky with the ladies the last few months,” West said of his client.

Zimmerman appeared Saturday morning before Judge John Galluzo, who decided to bar him from contacting the alleged victim or going into Volusia County. He was also told to surrender any weapons to a relative or third party, but not to stop drinking since the judge said “there wasn’t any allegation of abuse of alcohol in the arrest affidavit.”

Appearing in court is not new for Zimmerman, who became a national figure in 2012 after spotting Martin in his Sanford, Florida, neighborhood. The two ended up having a confrontation that climaxed with Zimmerman fatally shooting the teenager, who was unarmed.

That incident, and authorities’ decision not to immediately charge Zimmerman, spurred large-scale protests. In April of that year, Zimmerman was charged with second-degree murder, with an affidavit accusing him of profiling Martin and ignoring a police dispatcher’s request that he wait for police.

After a high-profile trial, a jury found Zimmerman not guilty.

That made him a free man–but did not end his issues with the law.

Arrest, but no charge after other domestic violence claim

About two weeks after the verdict, he was pulled over for speeding in northern Texas. Much bigger troubles came in November 2013, when Zimmerman was taken into custody at his then-girlfriend’s Apoka, Florida, home after the two allegedly had a heated fight.

He was arrested then on aggravated assault and misdemeanor counts of domestic violence battery and criminal mischief, accusations that he denied. He posted $9,000 bail days later.

But after the girlfriend asked that the issue be dropped, State Attorney Phil Archer announced that prosecutors would not press charges.

More recently, in September 2014, Lake Mary police said that a man claimed that Zimmerman threatened him during a road rage incident. “I will … kill you,” Zimmerman allegedly said, according to police. “Do you know who I am?” He was not arrested and has not been charged.

West said that his client–who posted $5,000 bail later Saturday–doesn’t have a full-time job, implying he’s had his struggles since the Martin acquittal.

“It’s been a devastating experience that he’s had that he’s working through,” the lawyer said. “… I’m concerned, obviously, as we are here again this morning.”