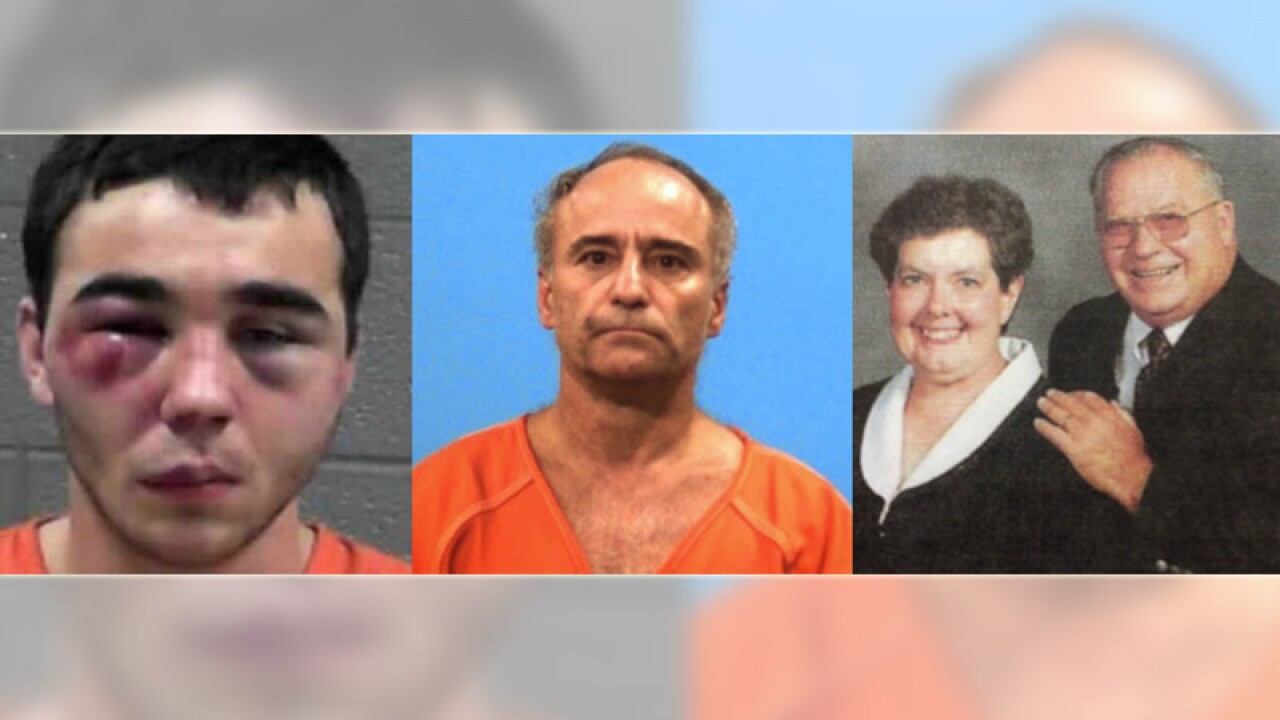 That’s how Judy Law of Oxford, North Carolina, described her neighbors Jerome Faulkner, 73, and his wife, Dora, 62. The couple were found dead Thursday by West Virginia authorities, their bodies hidden under a mattress in a red Chevrolet truck after two police officers were shot and wounded at the scene.

“They kept to themselves, but when someone needed them, they were there,” Law said of the Faulkners. “I can’t even begin to understand why something like this happened.”

The first sign of something amiss came Thursday morning, when Law woke to sirens and fire trucks congregating about 500 feet up the road at the Faulkners’ home in Oxford.

Granville County Fire Marshal Doug Logan said the blaze was set intentionally, destroying the house. Video showed that it left little more than the home’s front steps, its foundation and some scorched framing.

The county’s sheriff, Brindell B. Wilkins Jr., told CNN affiliate WRAL that the Faulkners had been at home when two men came in, set their house ablaze and took off with the couple in their pickup truck. They’d be found dead hours later.

“(Jerome Faulkner) and his wife were good, fine people,” said Logan. “They were the kind of people that would give you the shirts off their back.

“Why would anyone want to do this to them?”

More than 200 miles to the northwest, two police officers from the town of Lewisburg, West Virginia, pulled over a white Chevrolet SUV with North Carolina plates after learning it had been reported stolen.

As the officers were conducting the traffic stop on Interstate 64, a red Chevrolet truck pulled up alongside them, West Virginia State Police Lt. Michael Baylous said.

The driver of the truck then “pulled a handgun and shot at both officers,” he said.

The drivers of both Chevrolets fled. The man behind the wheel of the red truck “went over the hillside and was eventually taken into custody,” while the other motorist “drove behind a guardrail on the interstate and hid for a short amount of time,” Baylous said.

“Eventually, he walked up to the interstate and turned himself in to law enforcement without incident,” the State Police lieutenant added.

One of the suspects, 21-year-old Eric Campbell, was in the South Regional Jail in Beaver, West Virginia, on Friday, corrections Officer Jonathan Keller said. He is being held on two counts of malicious assault and two counts of attempted homicide, all charges related to the police shootout.

His father, Edward Campbell, is now in a West Virginia hospital but will face the same charges, according to Baylous. He said the pair are from Alvin, Texas, a Houston suburb some 1,200 miles from where they were found.

“We believe if the West Virginia police had not have stopped them that this crime spree would have continued on,” said Wilkins, the Granville County sheriff. “And it’s no telling from the investigation at this point what we’re going to find.”

The West Virginia police officers who the father and son pair allegedly shot and wounded were taken to Greenbrier Valley Medical Center in nearby Ronceverte. Lewisburg Mayor John Manchester said Friday morning that the officers are both doing fine after undergoing minor surgeries.

“I’m thankful that the officers will make a full recovery,” the mayor said. “Officers put themselves in dangerous situations every day. You never know what will be following you out the door.”

While the Campbells were arrested in the shooting of those two officers, it was not immediately clear what charges the father and son will face in connection with Jerome and Dora Faulkner.

Their deaths have already shaken people in Oxford, a tight-knit town of about 8,000 people 30 miles northeast of Durham.

Jerome Faulkner was chief of the Cornwall Volunteer Fire Department in Oxford before retiring. One of his two sons, with the Raleigh Fire Department, followed him into the field, according to Logan.

Law, for one, is having trouble understanding how something so bad could happen to such good people.