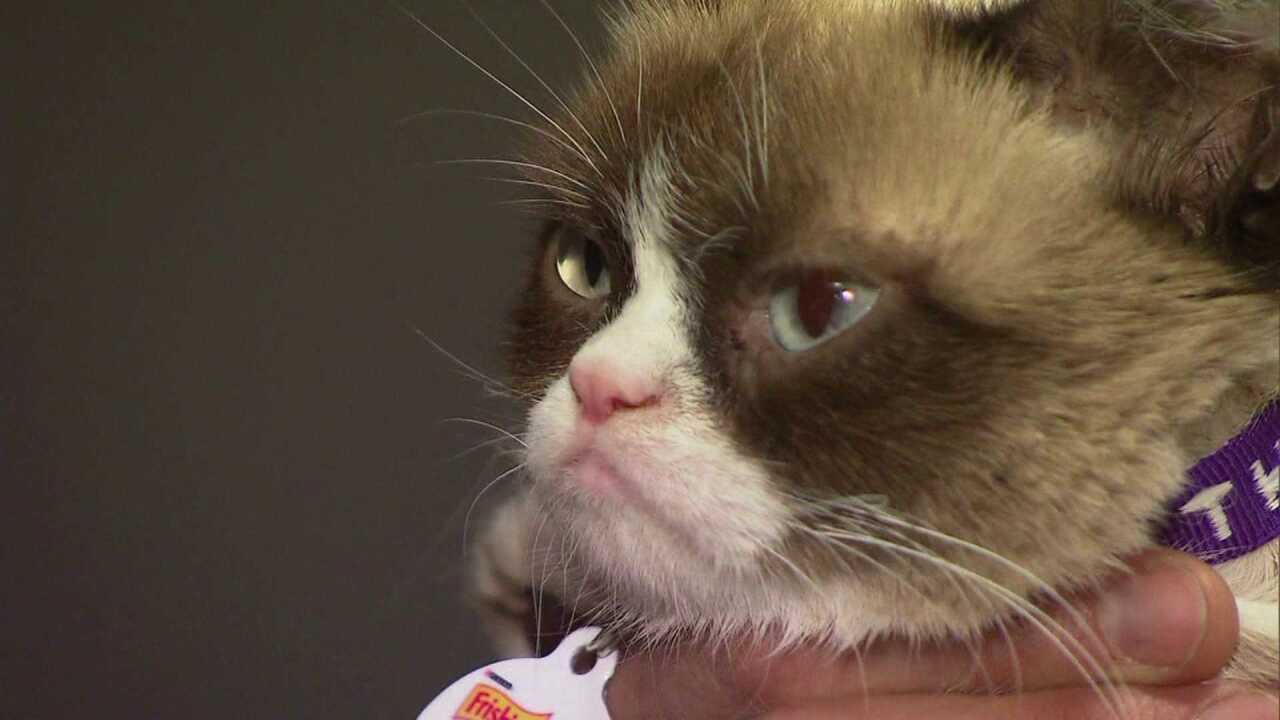 Grumpy Cat has turned that frown into cold, hard cash.

But the feline has not earned nearly 100-million dollars in just two years.  The Express newspaper said they were told by Grumpy’s owner, Tabatha Bundesen of Arizona that she quit her job as a waitress and her phone’s been ringing ever since.

Grumpy Cat rose to fame in a YouTube video that went viral.

The permanent scowl is a result of dwarfism. The cat now has best-selling books and she’s the face of Friskies.

That is, in addition to a line of coffee called Grump-puccino and a television movie: Grumpy Cat’s Worst Christmas Ever.

The cat, whose real name is “Tardar Sauce” also has an agent.

She’s earned more than celebrities like Kim Kardashian, Angelina Jolie, and Lady Gaga if you go by the figure reported in The Express and CNN.

CNET and other publications took a deeper look.

Bundesen told The Huffington Post that the $100 million figure is “wildly inaccurate.”

Still, Grumpy has been a serious money earner for the household. Publications are waiting to hear back from the PR company to see just how much she may be worth.