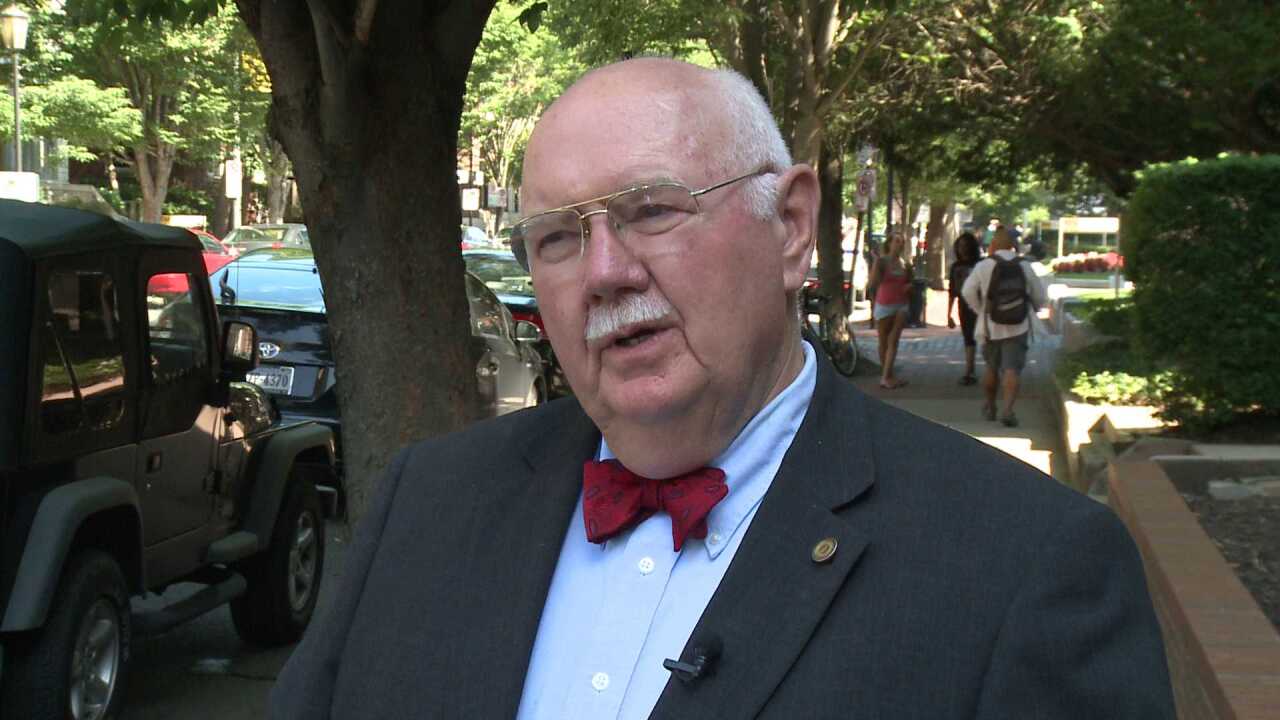 "Bill was an extraordinary citizen of the Wilder School and was much loved by all," Dean Verma wrote in an email to colleagues. "In the coming days you will hear more about his lifetime of contributions to VCU, and the Commonwealth.   For now I cannot think past the fact that he is gone.  I will sorely miss his welcoming smile and gracious personality."

Bosher taught English at Tucker High School and served as principal at Highland Springs High School before he was hired as Henrico's superintendent in 1981. He led Henrico schools for 13 years.

"We are saddened by the passing of Dr. Bill Bosher, a towering figure in Virginia education," Henrico superintendent Dr. Pat Kinlaw said in a statement. "Dr. Bosher’s vision, wisdom, and caring demeanor impacted so many lives throughout his distinguished career. His good work lives on through the many people he touched. At this time, our thoughts and prayers are with his family and loved ones."

We are saddened by the passing of Dr. Bill Bosher, our superintendent from 1981-1994. His good work lives on. pic.twitter.com/HjLXwxxQKN

In 1996, Bosher was hired as superintendent of Chesterfield County Schools.

"Dr. Bosher's positive impact on public education in the Commonwealth of Virginia is profound," Chesterfield Schools Superintendent  Dr. Marcus Newsome said in a statement. "I valued my friendship with him, and always appreciated his availability as a sounding board for me and many of my colleagues on education issues.  My thoughts and prayers go out to his family."

In 2000 Bosher joined VCU as the executive director of the Commonwealth Educational Policy Institute.

"[He was] a magnificent man, one of the major leaders in Virginia education for decades," VCU colleague Dr. Bob Holsworth said.  "He was beloved by anyone who came into contact with him."

"Bill Bosher was a thoughtful policymaker and effective administrator," Senator Mark Warner (D - Virginia) said in a statement. "He demonstrated a lifelong commitment to the power of quality public schools to create opportunities for all of Virginia’s young people. I offer my condolences to his family, friends and many colleagues."

"Bill Bosher was one of the great Virginia education leaders of the last century. He will be sorely missed," Senator Tim Kaine added.

Bosher remained both an out-spoken advocate and critic of Virginia schools. In October, he was interviewed as part of a CBS 6 investigation into the depth (or lack thereof) of background checks performed on Virginia teachers. Bosher said losing a teaching license in another state should automatically bar a teacher from ever getting hired in Virginia.

"That’s not a little bitty cloud, that’s a great big cloud," he said. "That’s a stop, you don’t go any further."

He also commented when a Richmond School Board member was accused of compromising up to 20 confidential student files. Bosher said the most damaging portion of the allegations is that if student records were in fact leaked to a Medicaid vendor, that vendor could have a list of potential clients.

In addition to his frequent television appearances, Bosher wrote commentary columns for the Richmond Times-Dispatch.

Funeral arrangements for Dr. Bosher have not been finalized.