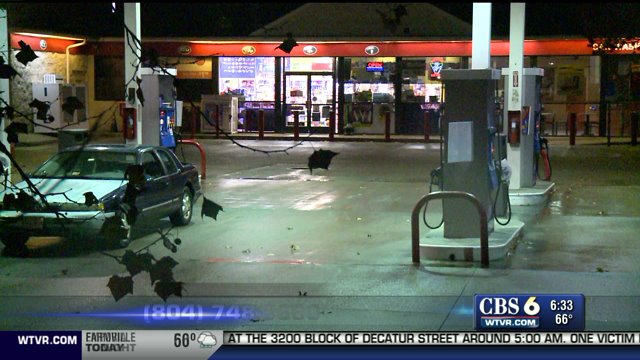 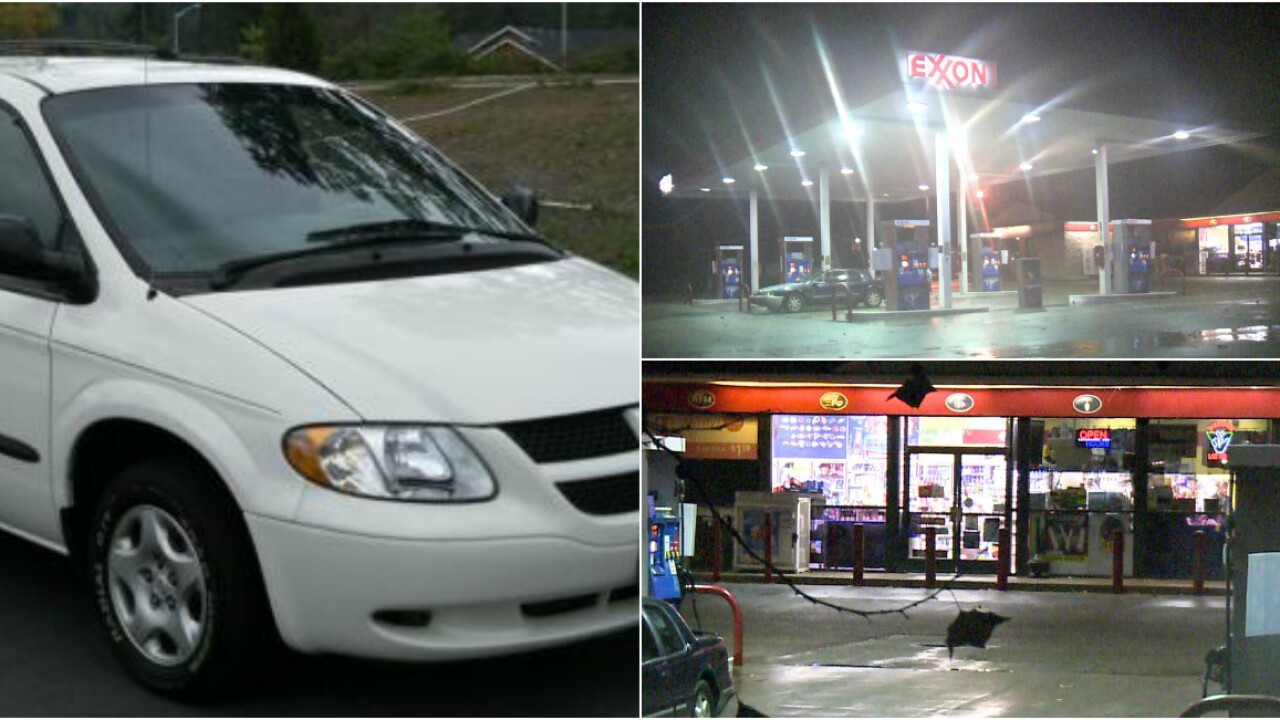 CHESTERFIELD COUNTY, Va. -- Police found the getaway car, now they are looking for the men who ditched the 2003 white Dodge Caravan minivan in Richmond. Police said the men drove off in the minivan after they robbed the Exxon at 15740 Woods Edge Road in Chesterfield just after midnight Monday.

"One suspect entered the business and displayed a firearm and stole cigarettes and cash from the business and then fled the store. After leaving the store the suspect entered a vehicle driven by a second suspect and fled the scene," Chesterfield Police Lt. George Burgess said. "Responding units located the suspect vehicle and after a brief pursuit the pursuit terminated in Richmond. The suspect vehicle was later located in the 4000 block of Old Brook Circle in Richmond."

Old Brook Circle is near West Laburnum Avenue in north Richmond, some 20 miles from the initial crime scene.

Police described the man who robbed the Exxon as a 30 to 40-year-old black man, 5'9" tall with a medium build. The man had facial hear and was wearing a black shirt with a picture on the front,  tan and brown camouflage pants and white tennis shoes.

Police described the minivan driver as a 30 to 40-year-old black man with a stocky build. Police said he was about 6' tall.

No one was hurt in the robbery.