‘Sexual violence is a problem in our fraternities’ says UVa. Inter-Fraternity Council president 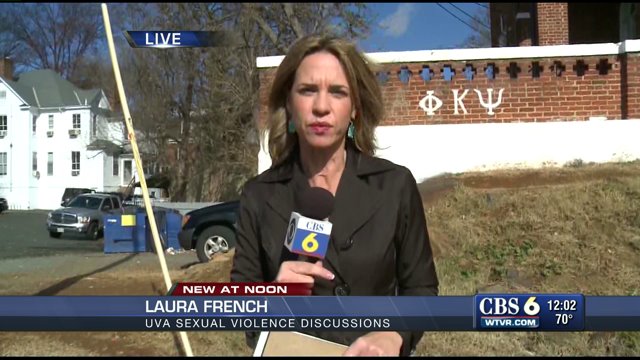 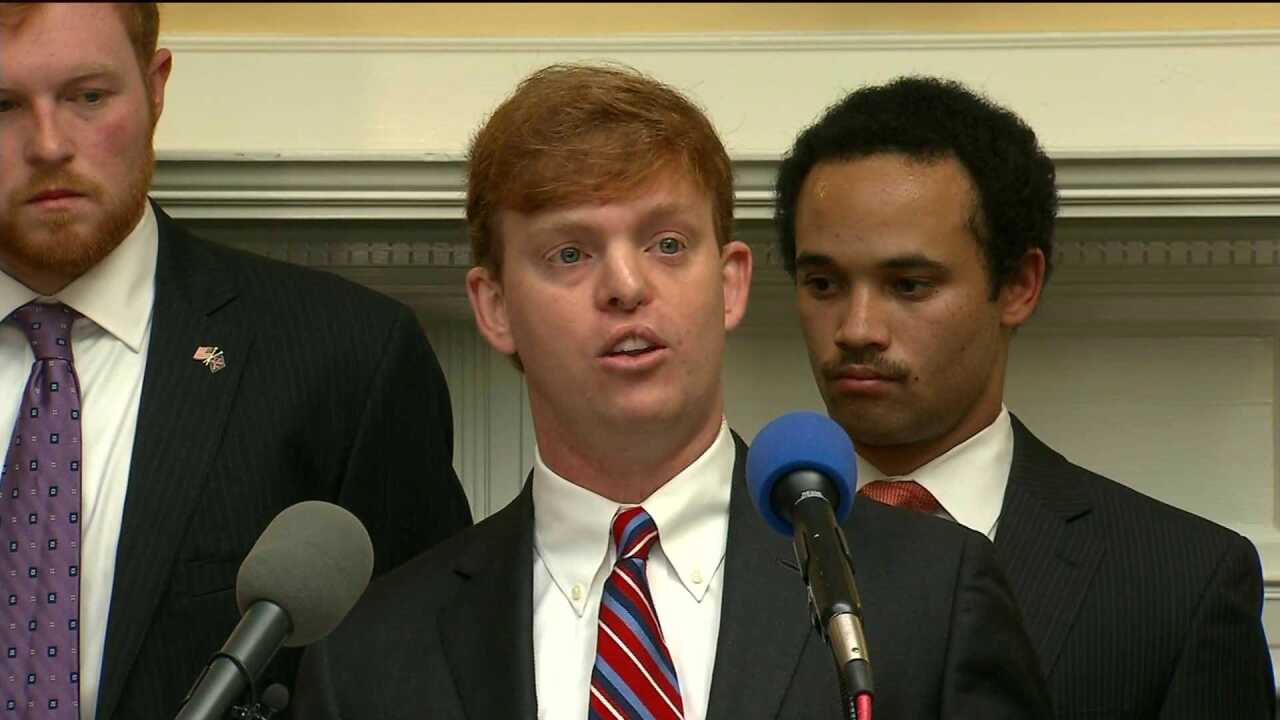 CHARLOTTESVILLE, Va. -- A group of student leaders at the University of Virginia said they did not yet have the answers to solving the university's sexual violence problems. The students addressed the media Monday and said they hoped to begin campus-wide discussions on how to provide a safer environment for survivors of sexual assaults.

This comes after a Rolling Stone magazine article accused the school of ignoring campus rape. The article described a student's account of being gang raped by seven men at a 2012 fraternity party and her frustration at trying to hold them accountable.

"I and the rest of the Inter-Fraternity Council were horrified and viscerally saddened by the stories of sexual violence shared in the Rolling Stone article released this past Wednesday," the university's Inter-Fraternity Council president Tommy Reid said. "The members of the IFC are united and our admiration for the survivors who courageously shared their stories in this article. We recognize that sexual violence is a problem in our fraternities and we recognize that we, the students, can be catalysts for the solution."

Reid said the temporary suspension of fraternities on campus has given the Greek community time to develop more substantive and actionable changes to help confront the problem.

The University of Virginia has now asked police to investigate the alleged 2012 incident.

"Sexual assault is a problem that needs our undivided attention," Ross said.

"The wrongs described in Rolling Stone are appalling and have caused all of us to re-examine our responsibility to this community."

The school's board of visitors is set to meet to discuss policies on sex assault. The university is also hiring an attorney to review how it handles sexual assault complaints.