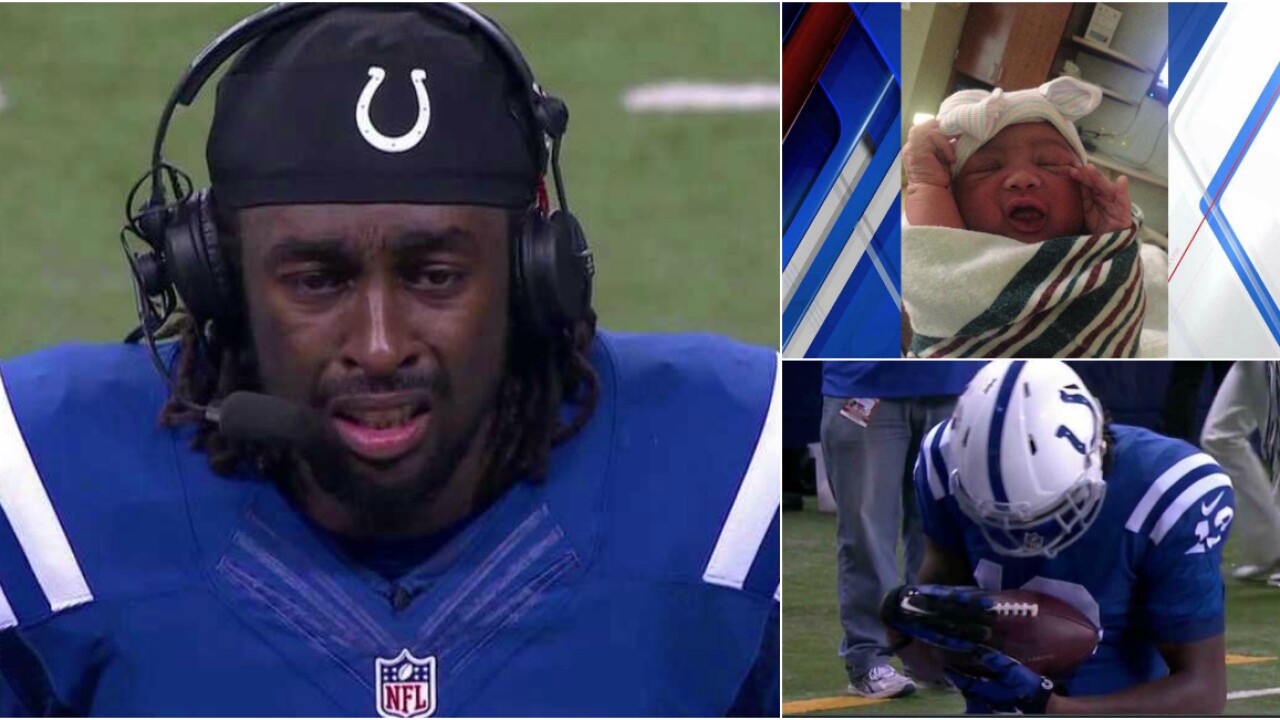 INDIANAPOLIS — Indianapolis Colts star wide receiver T.Y. Hilton broke down and cried following Sunday’s win over the Jacksonville Jaguars. But it was not the win that got to him. Hilton became overcome with emotion when asked about the birth of his daughter.

Eugenia “Gigi” Hilton was not due until mid December, but she arrived just hours before kick off. Hilton spent much of his morning in the hospital before he left to play the football game.

“I just want to give her my all and play this game for her,” an emotional Hilton said after the game.

“I was holding her about 11:15, just rocking her and then I said ‘Baby, you want the game ball or do you want a touchdown ball?’ That was my goal to get both of those,” Hilton.

Hilton kept his promise and scored a 73-yard touchdown.

My princess got the game ball today. I promised u a td on your special day #BABYGHOST #PAPAGHOST pic.twitter.com/RYBeKhv87o