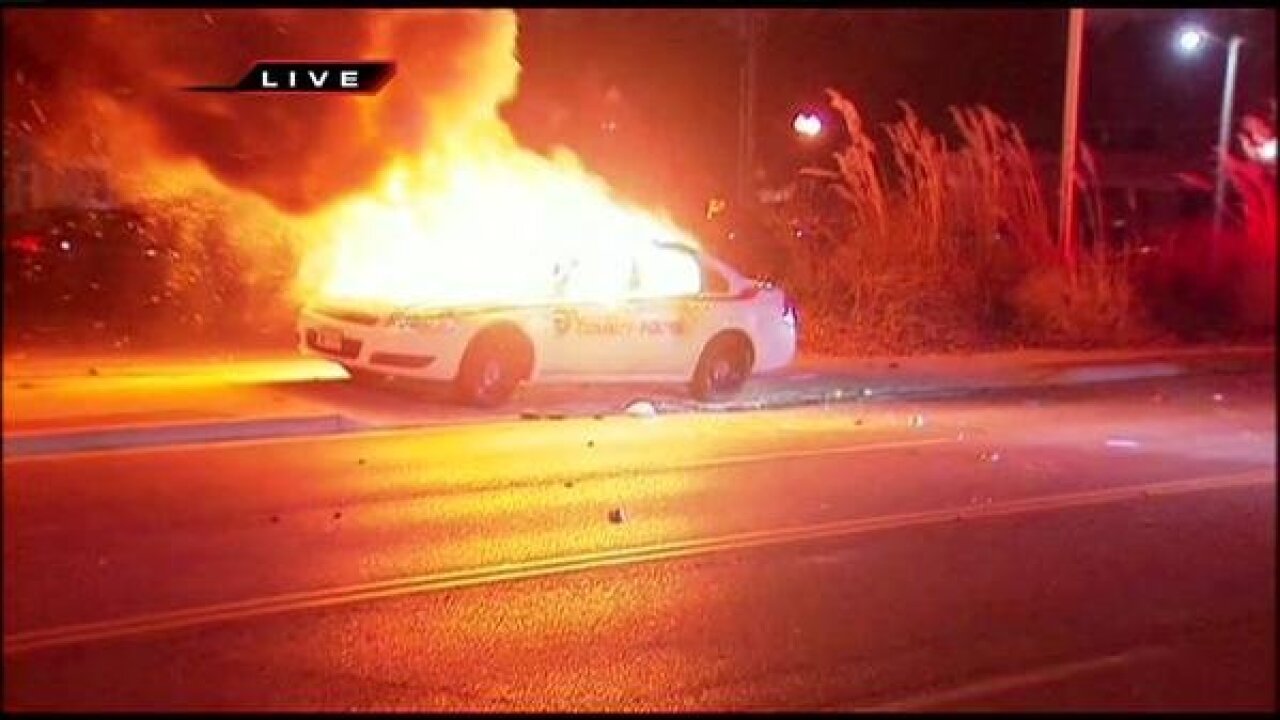 FERGUSON, Missouri — The grand jury in Ferguson, Missouri has decided no probable causes exist to indict Darren Wilson for murder, in the fatal shooting of Michael Brown.

For the grand jury, the key question was whether Officer Darren Wilson, who is white, should face charges in the August 9 shooting death of Michael Brown, 18, who was black. Though the basic facts of the case — that Brown was unarmed when Wilson shot him — are not in question, the facts of the fatal moment are hotly disputed.

Monday night protesters outside the police department chanted: “Indict that cop!” and “No justice, no peace!” A line of police guarded the entrance.

Members of the National Guard will be in the area to provide security at firehouses, police stations and utility substations, the governor said.

Brown’s death ignited a national debate on race and law enforcement. Nowhere was the tension more evident than in the predominantly black town of Ferguson, which has a mostly white police department and town government.

Scroll down for live updates.

Unlike a jury in a criminal case, which convicts someone if jurors are convinced of guilt “beyond a reasonable doubt,” a grand jury decides whether there is “probable cause” to charge someone with a crime, based on testimony and evidence presented.

In Missouri, grand jurors don’t have to be unanimous to indict, as long as nine of the 12 agree on a charge.

But the grand jury, which received the Missouri statutes for self-defense and the police use of deadly force, may choose not to indict Wilson.

The grand jury meets in secrecy and first met in August. While the jury members are not identified, authorities have released some information about them.

The county grand jury was randomly selected from an approved pool and has been seated since May, according to Paul Fox, director of judicial administration for the St. Louis County Circuit Court.

Many grand juries hear numerous cases. These juries last for a specified period of time rather than the duration of a specific case.

Wilson himself testified before the grand jury, CNN legal analyst Jeffrey Toobin said, an unusual move because he gave up his Fifth Amendment rights in doing so.