Family fights to save pit bull from being ‘impounded’ 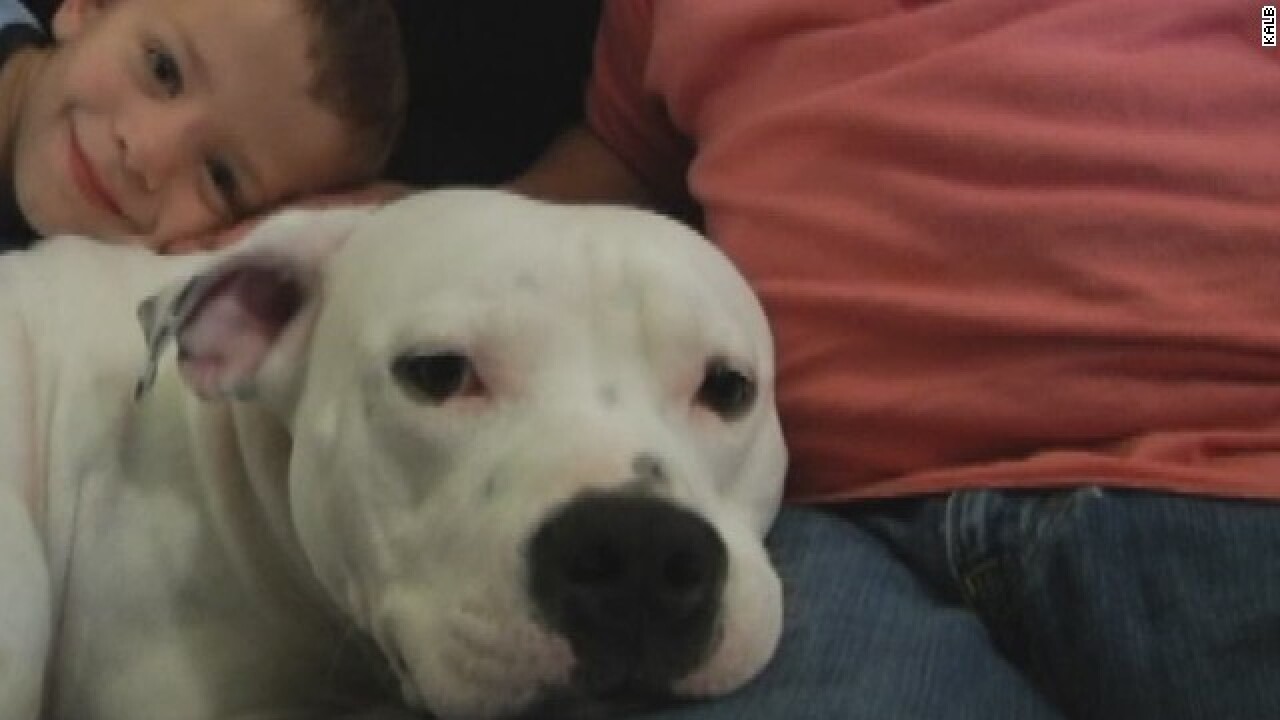 A Louisiana family is fighting to protect its beloved pit bull from a “vicious dogs” ordinance.

The petition asks the village of Moreauville to reverse a “vicious dog” ban against pit bulls and rottweilers. It has drawn nearly 40,000 signatures.

Zeus is far from a vicious dog, Armand told CNN Alexandria affiliate KALB. He provides love and support for her children, especially daughter O’Hara, who is confined to a wheelchair.

“If anything ever happened to him, I would just shut down,” O’Hara told KALB. “The breed is not vicious… It is the way that you raise them.”

The village of Moreauville passed an ordinance in October banning pit bulls and rottweilers as of December 1.

Owners of the animals received a letter saying that pets found within the corporate limits of Moreauville after that date will be “impounded and transported to a veterinary clinic for further disposition,” according to a letter posted on the family’s Facebook page.

The mayor and alderman of Moreauville did not immediately respond to CNN’s request for comment. Alderman Penn Lemoine told KALB that the ordinance was created to placate residents in the small village.

“We had several residents that were complaining about not being able to walk along the neighborhoods because these dogs were basically running along town,” Lemoine said, according to KALB.