Deputies make themselves visible outside school after social media threat 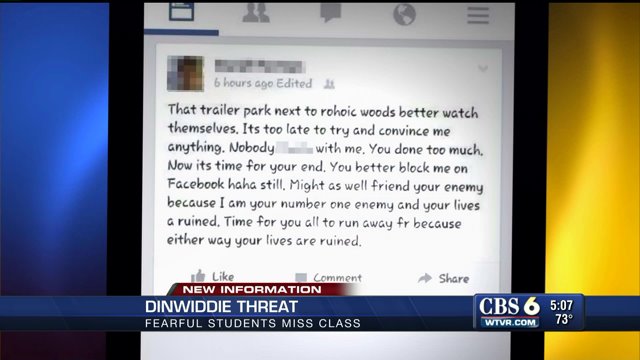 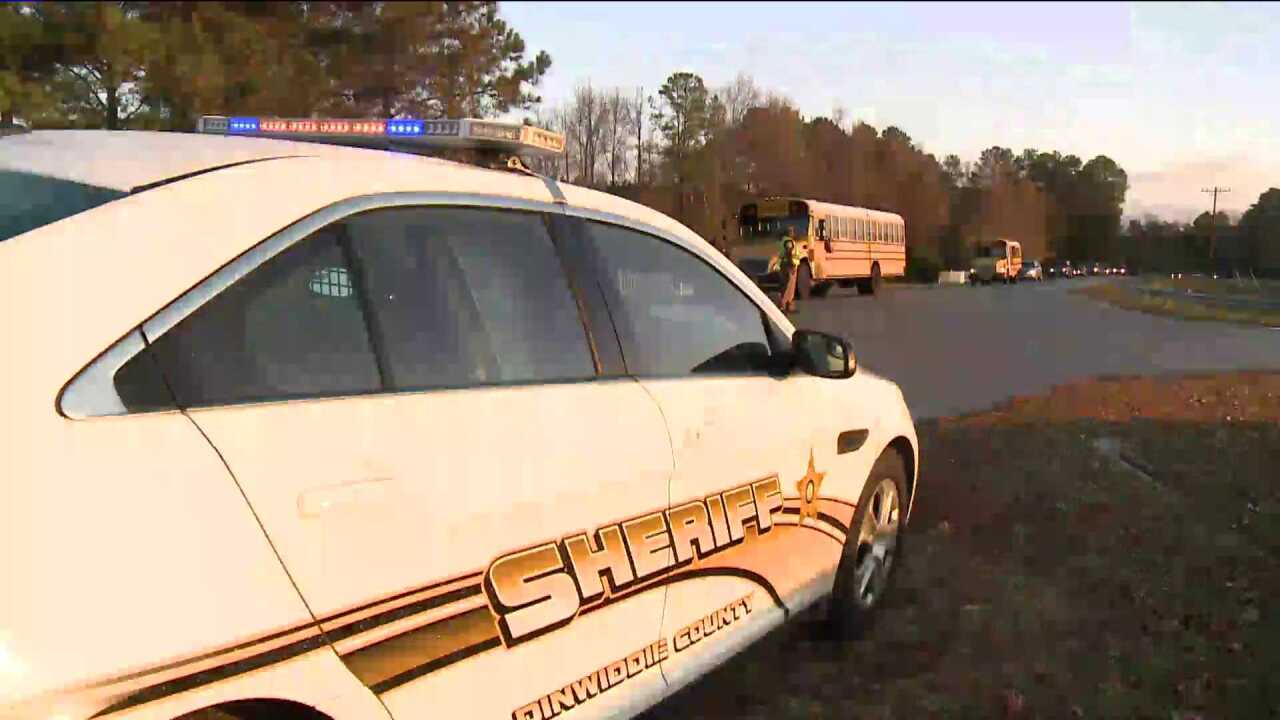 DINWIDDIE COUNTY, Va. -- Sheriff deputies were stationed outside Dinwiddie High School Monday morning after a student made threatening remarks on Facebook. Those remarks revolved around a mobile home complex in Dinwiddie. Investigators said they then received second and third-hand information on social media about a threat at Dinwiddie High.

Despite the fact deputies said there was never a direct threat made at the school,  attendance was lower Monday as some parents elected to keep their children home.

Deputies said they are know where the student who made the comments is located and it is not in Dinwiddie County.

Dinwiddie Sheriff Duck Adams said he had a message he wanted county residents to hear.

"I want the citizens of Dinwiddie County to know, and the parents, that we did not take this lightly," Sheriff Adams said. "It's a serious matter for us in this day and time. We are going to do everything we can to keep the children safe."