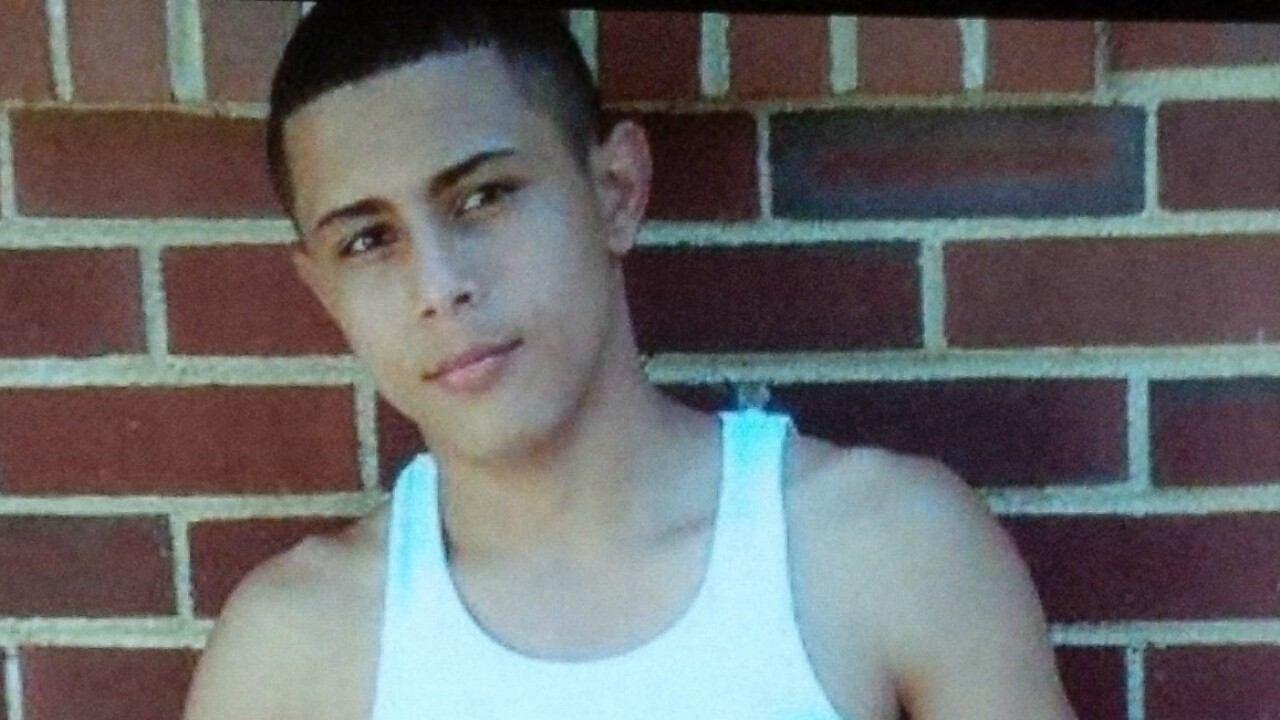 UPDATED:  Chesterfield Police, with the assistance of the FBI’s Child Exploitation Task Force and Homeland Security Investigations have located David E Viera-Alvarez.  David was located safely at a location in Washington DC.

Police continue their investigation into the circumstances that led to his disappearance.

CHESTERFIELD COUNTY, Va. -- David Viera-Alvarez's aunt Maria is scared that gang members have her 16-year-old nephew. Police are looking for the teenager who has not been seen since Saturday.

"Saturday he was very happy here he go and he never come back," Maria Viera said.

"David E. Viera-Alvarez, of the 4200 block of Lamplighter Drive, was last seen at about 5 p.m. on November 22 when he left his residence on foot to walk to the home of another relative," Chesterfield Police said. "He was reported missing just after midnight on Monday, November 24."

When the teenager's aunt sent him a message on Facebook Sunday night, she said someone replied with a violent message and graphic gang-related photos.

"Live for the gang or die for the gang" one message sent in Spanish said. Other images included a picture from what appeared to be a member of the MS 13 gang as well as a photo of dismembered body parts.

When CBS 6 reporter Joe St. George asked police if they are investigating this as a kidnapping, they said not at this time.

McCullough told CBS 6 the FBI has been called in to assist and that seven detectives are working this case.

Investigators have also determined the gang photos were pulled from Google and were not taken within the past week. I'm

Police described the 16-year-old Meadowbrook High School student as a Hispanic male, about 5'3" tall and 120-125 pounds. He has brown eyes and black hair.