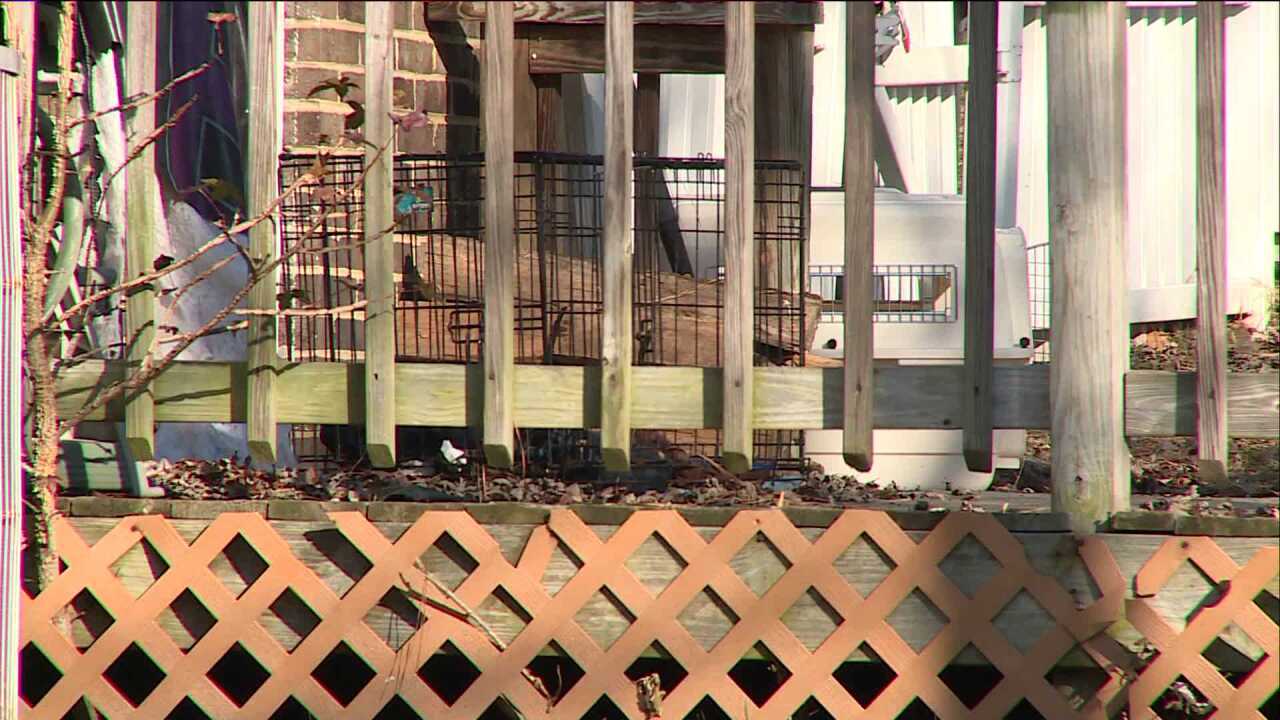 CHESTERFIELD, Va. -- A disturbing discovery in her neighbor’s back yard prompts one Chesterfield woman to call police. The woman, who asked us not to identify her by name says she was devastated that a dead dog was found on the property rented by a neighbor.

“I was very upset. If you're going to have an animal then take care of it. If you can't, then don't have them,” the property owner said.

She that she was there when several children tossed their Frisbee into the back yard of the Sauna Drive home. The woman says she was appalled at the discovery they made there, on Nov.  3.

“They threw it and it went over the fence and the little boy's mother went around the house and went through the gate to retrieve it and there was a crate on the back porch and it had two puppies in it--one was dead.  They were in a metal crate and it was extremely cold that day so I don't know if the little fella froze to death or what happened,  I don't know,”  the woman explained.

She says Chesterfield Animal Control came and removed the dead boxer mix puppy and two other dogs from the home. Those dogs, according to police, were a Pit Bull and Boxer mix.

By phone we spoke to Meda Williams who said she did nothing wrong and is not guilty. She told CBS 6 News the puppies didn't belong to her but explained she did take the sick dog to the vet before it died.

Williams emphasized she has never done anything to hurt any animal, then referred us to her attorney. Police say one of her charges is a felony, the other two are misdemeanors.