Hundreds take part in ‘Slut Walk’ at the University of Virginia 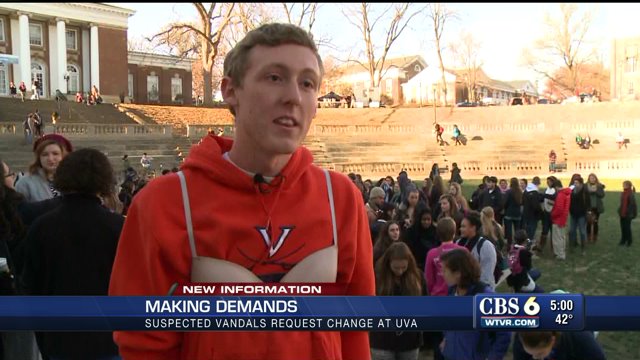 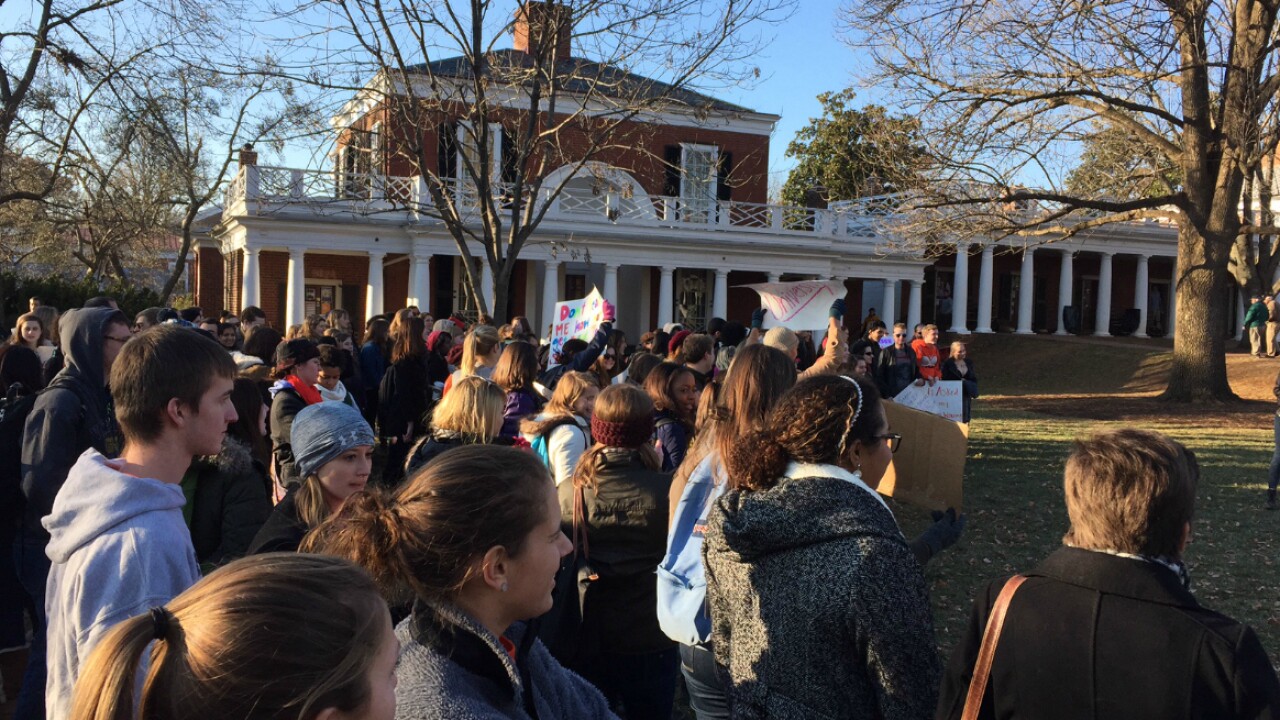 CHARLOTTESVILLE, Va. -- Hundreds of people took park in a Slut Walk around the University of Virginia Friday afternoon. Second-year UVa. student Defne Celikoyar said she organized the Slut Walk after she read a  Rolling Stone article which detailed one student's rape at a UVa. fraternity house.

"I think we've reached the point where people are ready to take steps," Celikoyar said. "People are coming together to act up against it. We want to change it. We do not want to live like this anymore." 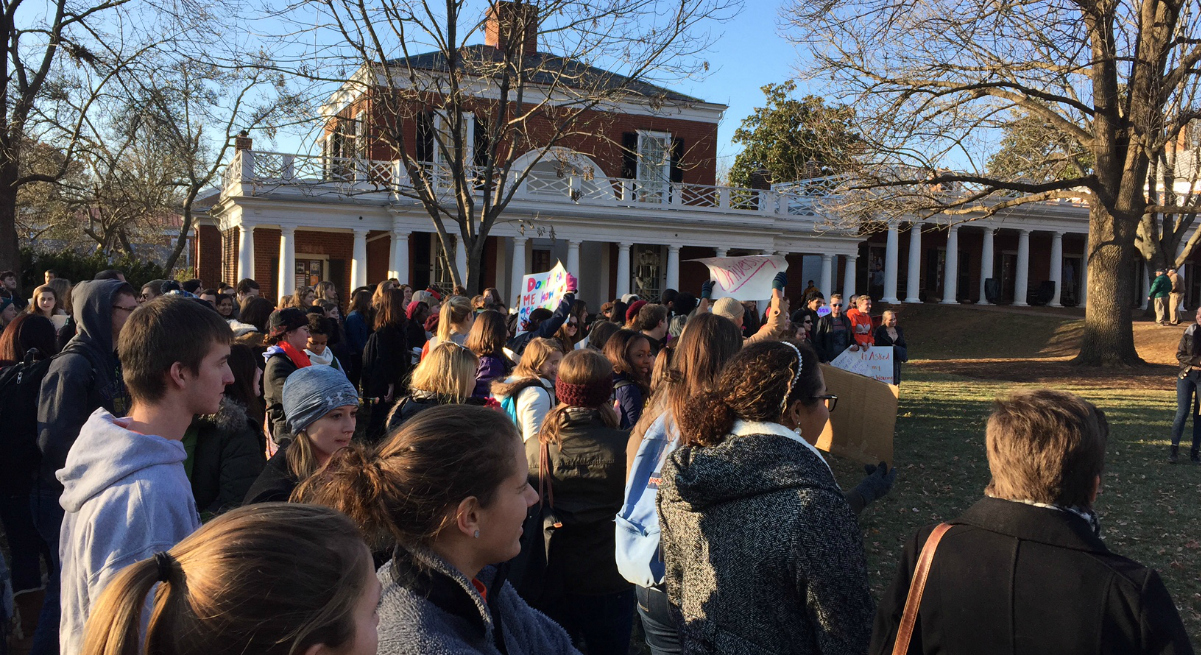 The walk is part of a worldwide movement that “challenges mindsets and stereotypes of victim-blaming and slut-shaming around sexual violence.”

Phi Kappa Psi suspended its activities Thursday after Virginia Governor Terry McAuliffe said he was “deeply disturbed” by what he read in Rolling Stone and ordered a full and fair investigation to take place.

“Sexual violence is a nationwide problem, and it is critical that our schools acknowledge that this is a pervasive issue and take bold action to end it,” Governor McAuliffe said in a statement.

UVa.'s SlutWalk ended in front of the fraternity at the center of the investigation. Protesters said until the hushed culture of rape on campus is changed, their voices would only grow louder.

The vandals who spray-painted the  Phi Kappa Psi house after the article was published also published a list  demands that included UVa. revising its policies to mandate expulsion for rape and an overhaul of the schools sexual misconduct board.

"It is such an important problem embedded in every day culture. It is impossible to change it with with one snap of finger," Celikoya said.

Charlottesville Police said they were still looking for the vandals who damaged the
Phi Kappa Psi fraternity. The fraternity has suspended all campus activities during the investigation

Students who marched said they hoped the SlutWalk would become an annual tradition.