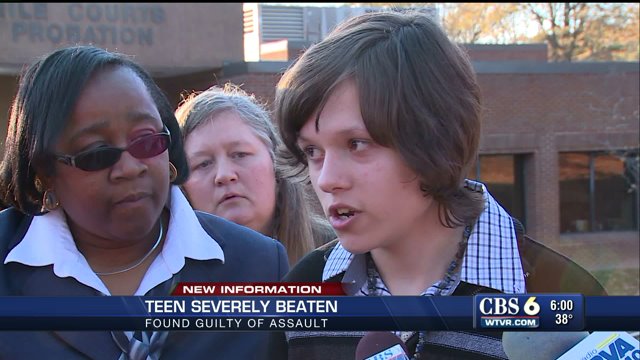 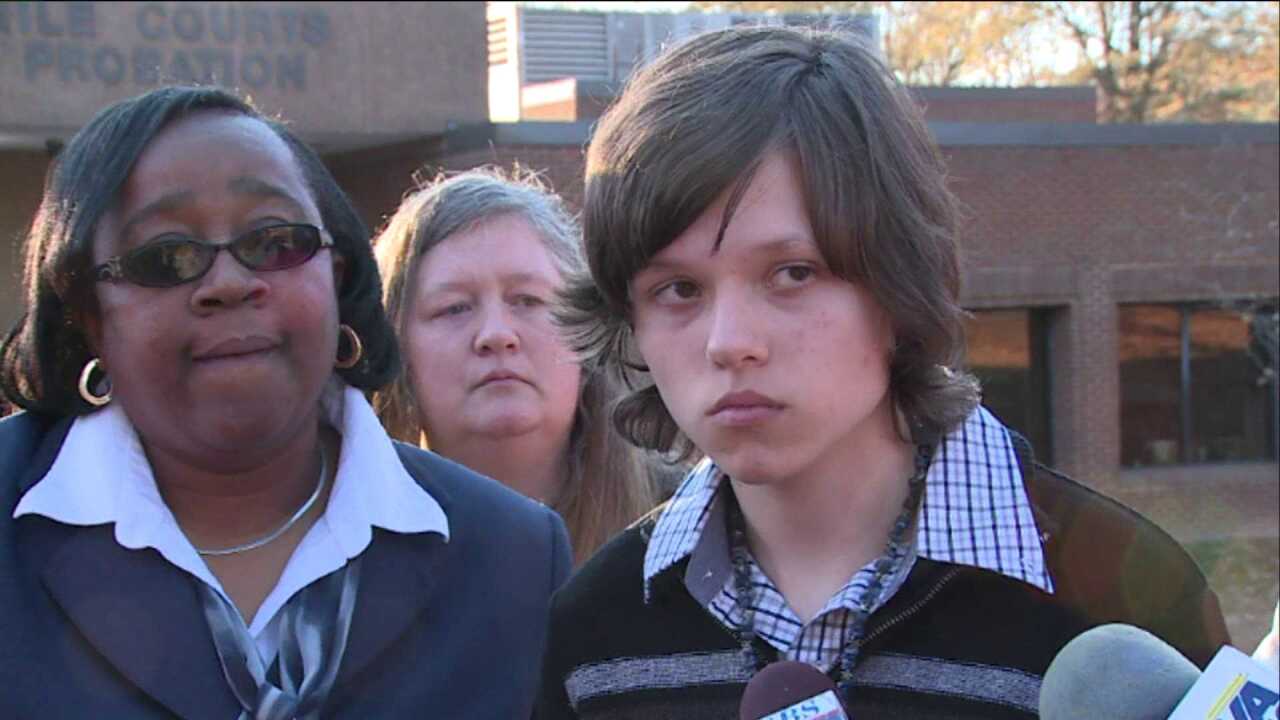 HENRICO COUNTY, Va. -- A former Highland Springs High School teen brutally beaten in school is opening up about being charged in a fight that left him in the hospital with a traumatic brain injury.

“I kind of feel like it’s ridiculous... cause I don’t deserve to be here,” Eric Martin said.

The 14-year-old was charged with two counts of simple assault for being involved in that melee last September. He was found guilty on one of the charges Friday afternoon.

A student accused of hitting Martin was also found guilty of simple assault.

Tami Gardner, who was in the classroom with Martin and the others when the incident happened, said Martin was wrong for hitting the student first and for calling him the “n-word.” But said that the other student was also wrong because he severely beat Martin and called him a gay slur.

Gardner believes charges against Martin were justified and said students on both sides were in the wrong. She says she's not convinced he was bullied.

“Nobody should be bullied the way I was bullied. And I’m only guilty of being myself.” Eric Martin said outside court.”

“He shouldn’t be as sensitive," Gardner said. "And if there are certain people who are more sensitive to other things, they need to talk about it and get adults involved.”

But the teen and his parents contend bullying is what started it all.

“Nobody should be bullied the way I was bullied. And I’m only guilty of being myself," Martin added.

While Martin now has to now complete anger management classes imposed by the judge his family says this case is far from over.

“I want to see justice for my son. I want that the school system to be held accountable for what happened to my son and to other children,” Mary Martin explained.

Eric said he wants  other students in his shoes to hear this message.

“Don't take yourself away from this world. Don't ever think about it because hopefully it will get better," he said. "And you don't have to go through this. Stand up for yourself."

Though the judge found Martin guilty of one count of simple assault, she took his case under advisement. That means if he completes the anger management classes imposed by the judge, stays out of trouble and returns to court in six months his attorney says it is possible the judge could drop the charge.

Martin, who was left with a traumatic brain injury must now face a long medical road ahead. He must also now take his classes at home because his attorney said his doctor doesn’t want him in a classroom setting right now.

A week ago, anti-bullying advocate Tammy Motola presented the signatures from more than 130,000 people who signed a petition in support of Eric, and dropping charges against him.