Local women, including teens, targeted with sex propositions on Facebook 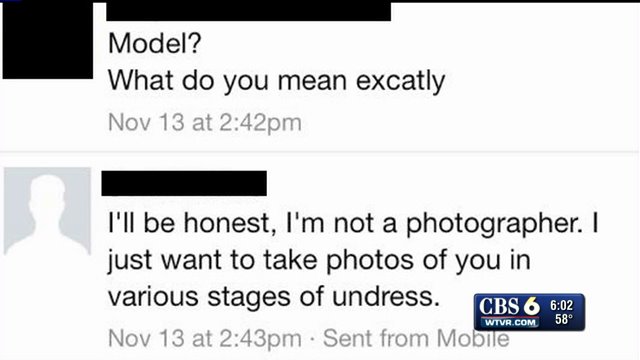 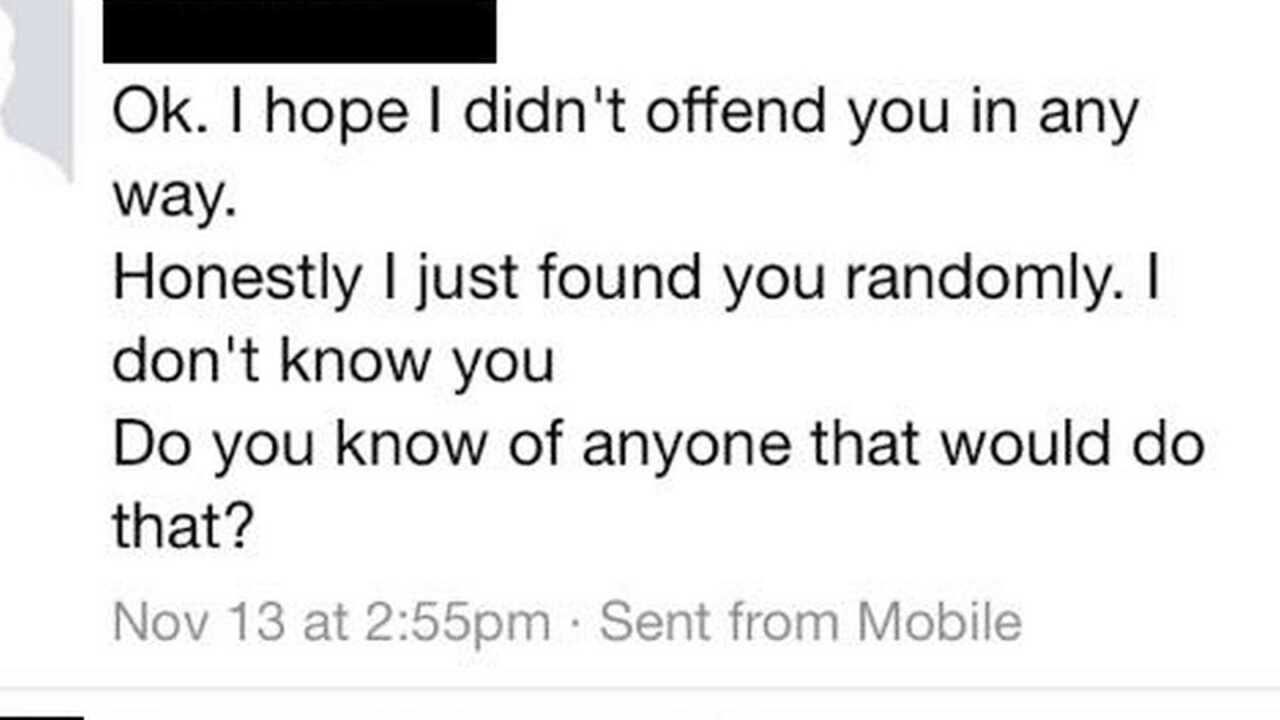 COLONIAL HEIGHTS, Va . -- A warning from local women, who have been getting disturbing messages on Facebook.

Dozens of women  have been comparing messages they've received in the past week from a stranger, via social media.

Several of the messages going to teenagers. It started when one woman posted a warning on several social media sites,  concerning a message she had gotten from a man.

After her initial post, dozens began to reply, and said they had gotten similar messages and in some cases, similar propositions.

Several police departments are now aware of what has transpired over the last week.

One 17-year-old said she knew immediately that the offer to make extra money for Christmas, was not something she wanted anything to do with and she quickly told her mother.

"This guys a pervert," said Kim Bear, who immediately told her teenage daughter to ignore the post and to not respond to it. "I'm very concerned about this particular guy, what he's done, what he's capable to doing,"she added.

Jackie Bowles, a mother of three, said she ignored the message until she saw the other women's posts about their strange messages.

"I am concerned about it, because he's messaged a wide variety, from here, Chester, Colonial Heights, Petersburg and he's seemed sorta anxious and desperate, that he may act on it," Bowles said.