HOLMBERG: The story of one woman who twice encountered Richmond’s worst serial killers 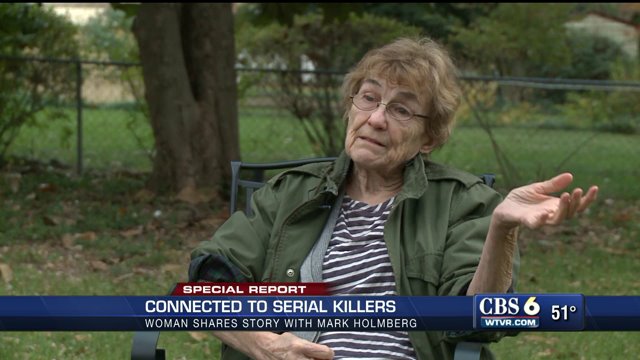 Holmberg explains her haunting story in this special report. 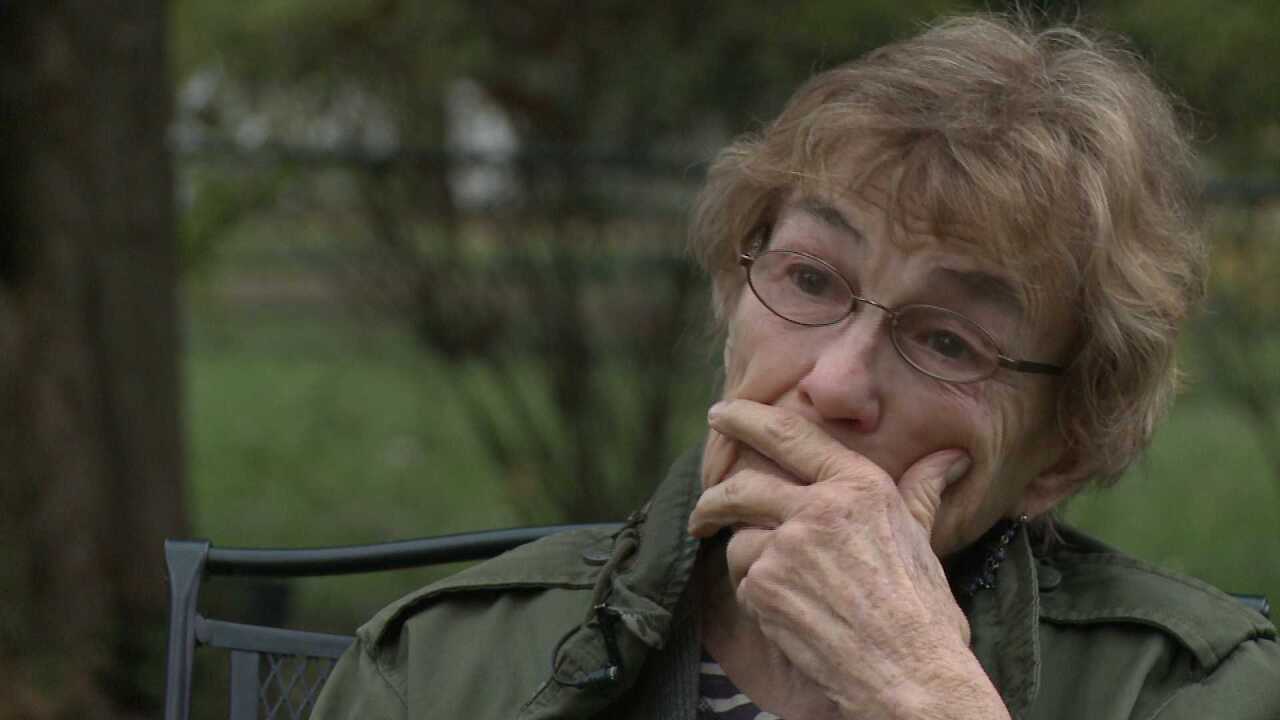 RICHMOND, Va. -- The recent arrest of Jesse Matthew in the disappearance of University of Virginia co-ed Hannah Graham, and for an old rape case in Fairfax County, has investigators across the region checking him against other disappearances and murders of young women during the past decade.

Could these cases be the work of a serial killer?

Loved ones of those victims are waiting, wondering if they’ll finally get answers.

Nancy Gowen of Richmond knows that feeling. Thirty five years ago her 76-year-old mother was raped, beaten and fatally shot by the Briley Brothers, who were among the very worst serial killers this city has ever known.

But it would be nine months before their arrest - before the family would learn who ravaged and destroyed the silver-haired Mary Gowen.

And 20 years ago - 10 years after the first Briley was executed – Nancy Gowen would literally rub shoulders with the other worst serial killer in city history, Leslie Leon Burchart. She would sit on a piano bench with him, trying to befriend this homeless schizophrenic who murdered other homeless men on the streets and elderly women on their homes (the so-called “Golden Years” cases).

“He played beautifully, soft and smooth,” Nancy told me when we visited recently. “He was like Mr. Meek . . . I couldn’t believe such a gentle soul was accused of all those horrific murders.”

Nancy Gowen, now 81,  is an interesting woman who has spent much of her life trying to reach the lost and forgotten. She was part of city’s “Street Team” that went out on the streets in the ‘80s and 90s to meet the homeless and mentally ill in their environment to try to meet their needs.

She was a longtime worker at the “Street Center” for the homeless and hungry when it was on Canal Street at Belvidere, which is where she met “Les”  Burchart, the quiet schizophrenic who would walk around with cotton in his ears to either quiet or amplify the voices in his head. (He would later tell me in a prison interview that he liked the voices. They told him there was water in heaven, and scuba diving.)

Les played classical music mostly, Nancy recalled. She would hurry with her work so  she could sit nearby or on the bench with him so she could hear and see him play. “Lots of people tried to outreach him, to offer him housing and services.”

But Burchart was out on the streets, murdering at least 10 people, often killing with his bare hands – those same hands that would play so gently on the piano keys.

Imagine finding that out - particularly given Nancy’s history.

On the evening of April 9, 1979, the Brileys accosted her mother as she got out of her car by her apartment building. The three brothers and their juvenile sidekick dragged her to an alcove, beat her, robbed her, raped her, shot her point blank in the head “and left her for dead,” Nancy recalled.

“She crawled up two flights of steps . . . my (14-year-old) daughter is hearing this noise and opens the door on the chain and finds her grandmother, who says three words: ‘I’ve been raped,’” Nancy said. “She went into a coma, remained in a coma for 90 days, died on July 2, buried her on the fourth of July.”

After the Brileys were arrested in October of ’79 for the series of murders that followed, Nancy tried to find peace. She unsuccessfully reached out to the Brileys’ mom – “I had no agenda, except maybe to hold one another.” She eventually found her way at a service for murder victims and the family members of those on death row just hours before Linwood Briley was executed on October 12, 1984.

“Oh, we’re not so different,” she said of the relatives of those killed, and those who did the killing.

So she joined those protesting the execution.

Nancy remembers turning to a friend and saying,  “I know I’m in the right place.”

I asked her what she could offer to those whose loved ones have disappeared and are thought dead or have been murdered by unknown killers.

“I can only say what has helped me,” she said. “Prayer, meditation, hanging with supportive people.”

She also talked about how important forgiveness has been for her.

“I wish I had an answer,” Nancy Gowen said. “It’s got to be incredibly painful – hard – to hold all that.”