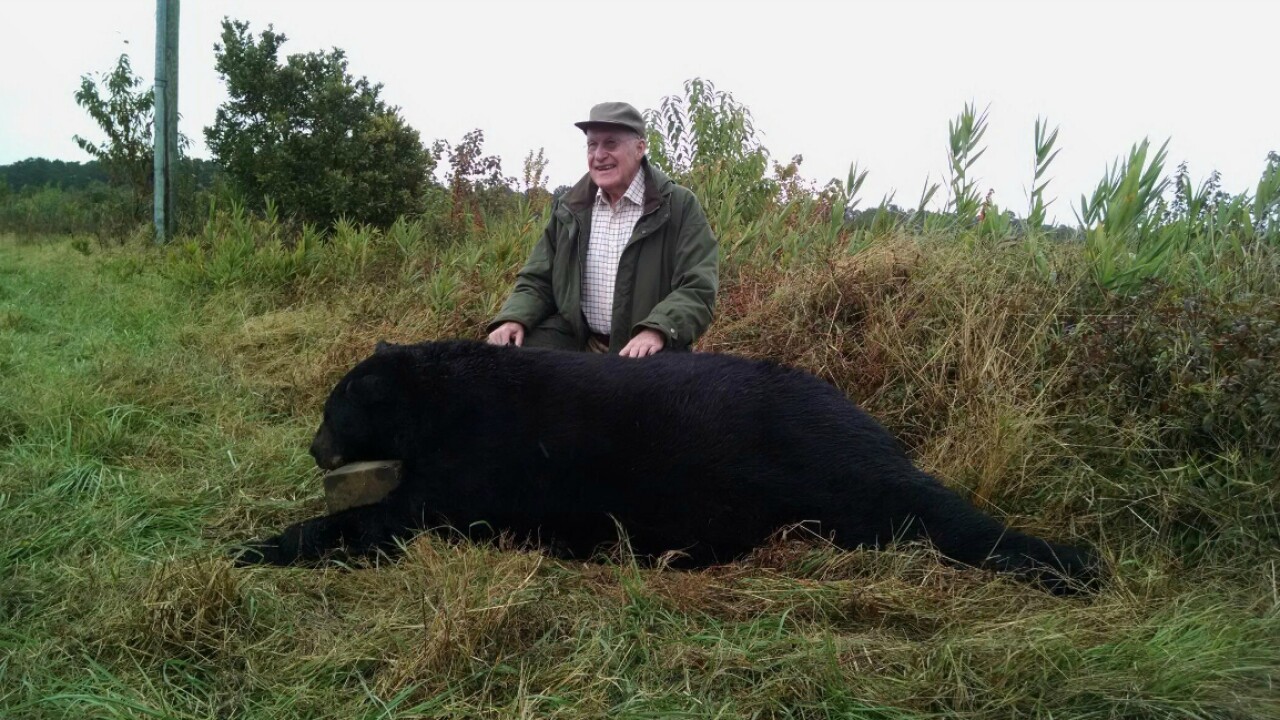 HYDE COUNTY, North Carolina — A Richmond man is hearing congratulations from hunters around the country after he shot and killed a 782-pound black bear on Monday. The bear that Thomas Capps killed is the second-largest bear ever killed in the state of North Carolina.

Capps,  who has been a hunter his entire adult life, said he had planned to go bird hunting with a group that morning, but the weather made them change their mind.

“It was hot that day and we were afraid to let the dogs go out into the fields because of snakes,” Capps said.

Capps said he first spotted the bear about one hour into their hunt.

“There he was, coming out of a thicket at 150 yards away. I raised my .300 Winchester Magnum and took a shot that immediately knocked him down, but he got up, and I put two more rounds in him and that finished him off,” Capps told NorthCarolinaSportsman.com.

News of Capps’ near record-breaking bear spread quickly on social media when TV hunting personality Jim Shockey, who was hunting nearby, posted the news on Facebook.

The largest bear ever killed in North Carolina weighed 880 pounds.