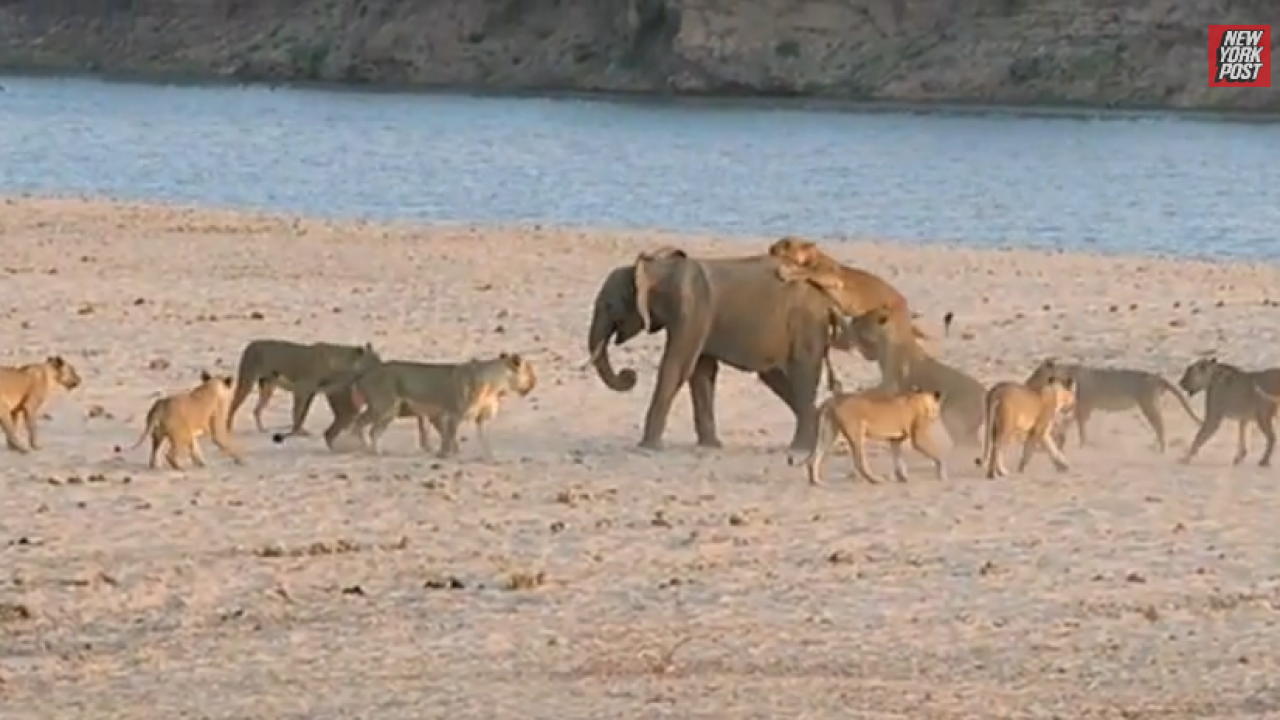 The New York Post uploaded captivating video, shot by a group while on safari, that shows the struggle between a baby elephant and a pride of  attacking lions.

The feisty young elephant maneuvers as best it can with multiple lionesses on its back. The calf uses a death dodging strategy of heading towards the water to shake off the lionesses, and then he mock charges the pride to get them running away. This ballet of wits continues for a few breathtaking moments.

The calf was reunited with its herd, reports the NY Post, and has been nicknamed Hercules.

The safari guide told the NY Post, “We were all so worried the baby elephant would be killed right before us,” and that he had never seen anything like that in 30 years.