How to avoid ‘parasitic mind control’ disease related to cats 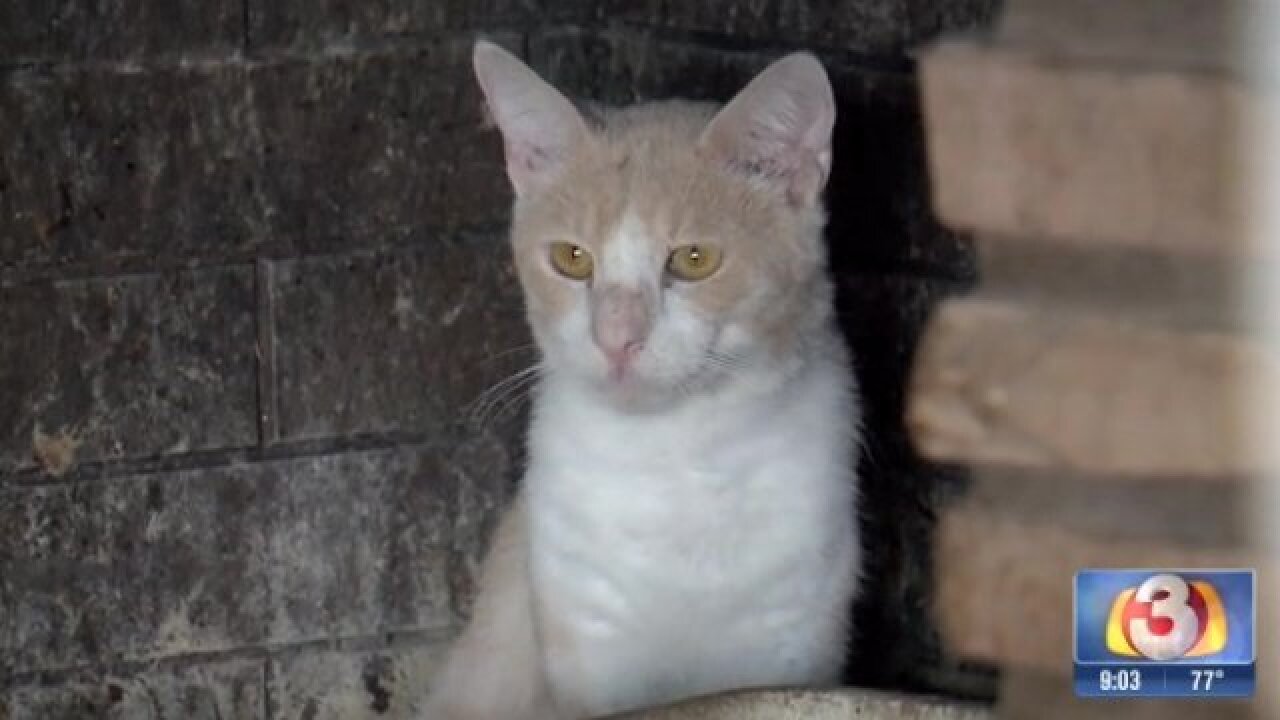 Embargo: Phoenix, AZ Neighbors in one Mesa, Arizona community are at their wit’s end trying to figure out how to deal with a rapidly deteriorating situation at a foreclosed home on their street.

Reporter Brin Merkley went On Special Assignment to find out about a mind controlling parasite that can’t live without a cat, how it manipulates personality – and possibly suicide numbers.

Parasitic mind control sounds like the stuff of sci-fi television – but it’s real! The parasite is called Toxoplasma gondii, and according to the Centers for Disease Control, more than 60 million people in the U.S. may be carrying it.

The parasite has been shown to cause personality changes, correlating with mental health diseases like schizophrenia, autism and Alzheimer’s disease.

University of Montana Microbiology Professor Bill Granath says some studies have also found women to be more prone to suicide.

“It’s a very insidious, some of the studies that you can read, how the parasite can attack certain nerves and manipulate various neurotransmitters and cause various mental illnesses. I guess you’d call it…altered states,” he explained.

Studies have shown increased recklessness in the infected human population who also have a slightly higher rate of traffic accidents.

“There have been studies in Denmark that show actually that there is a correlation between cat owners and female cat owners, and various mental problems,” Granath stated.

Various studies also correlate toxoplasmosis with suicide in veterinarians – and while nothing says definitively that the phenomenon is caused by the parasite – some believe there is a link.

Veterinarian Trevor Ferguson says suicide is one of the first things students are warned about it school.

“The occupation does carry a risk with some zoonotic diseases that humans can get and animals can get. But, probably as far as suicide rates, it’s probably more associated with stress than it has to do with zoonotic diseases,” he told us.

Granath says in biology an outcome is not always caused by just a single thing, so it’s hard to say without more research.

So how do we get it? Generally from eating raw meat, but the journey the parasite will often take before infecting a human is equally as strange.

“They will actually walk up to cats, and of course they will then get eaten by the cat, and the cat will get infected with the parasite,” Granath said.

“So, it almost seems like the parasite is manipulating the intermediate host to enhance its transmission to the next host – or the cat,” he added.

Granath says cats are the parasites favorite host because it’s the only host animal where Toxoplasma gondii cam efficiently replicate itself.

The parasites eggs are shed in the cat’s feces, and whether that’s in a litterbox, or outside in the environment, the eggs are often accidentally ingested by humans.

While it’s something to be aware of, it’s not a reason to panic, according to Ferguson.

“There’s no correlation between like petting your cat and having the cat in the household as far as an increased risk for humans.”

The best way to avoid Toxoplasma gondii is to clean your cat’s litter box often – and cook your meat well.

Generally it’s the immune suppressed individuals and pregnant women who are at that the greatest risk of toxoplasmosis.