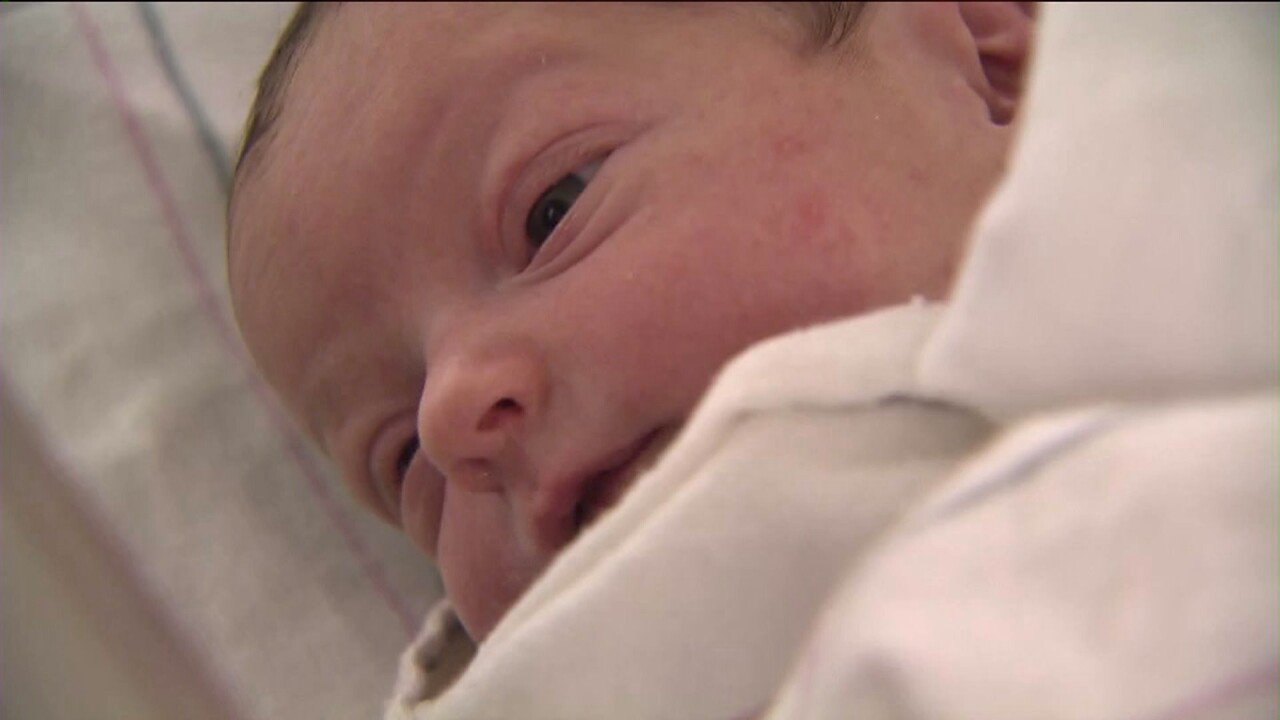 Trabuco Canyon, CA (KTLA) -- It was a busy week for 911 dispatchers in Orange County who helped not one, but two fathers unexpectedly deliver their new babies within a span of days.

The latest delivery occurred Sunday night. The mother, who only identified herself to KTLA as "Laure," said she and her family had just eaten dinner at the family's Trabuco Canyon home when she suddenly felt her first contraction.

"They were so often, they were two minutes, they started off two-three minutes apart. I was like, 'There's no way,'" Laure said, noting that she was in labor with her firstborn for ten hours.

Within ten minutes, her husband Patrick called 911 and notified the female dispatcher, Collette Whitlock, that his wife was in labor. Whitlock assured the man that paramedics were on the way.

But then, things happened fast.

"I believe her water just broke," Patrick told the dispatcher, according to the released 911 tapes. "What do I need to do now? It's crowning."

Whitlock responded, "You just need to apply gentle pressure to keep the baby from popping out too fast."

Patrick said he then tried to stay calm as he delivered the baby. The couple's 2-year-old son was also present during the birth, according to a statement from the Orange County Fire Authority.

Less than 10 minutes after making the call, the baby – a girl – was born.

"She's out, she's out. The baby's out!" Patrick told the dispatcher.

Paramedics arrived about a minute later, along with family members of the couple and their birth assistant.

Mother and baby were transported to Saddleback Memorial Hospital in Laguna Hills where both were said to be healthy and "doing great," according to the release.

The situation doesn't happen often, so it was unusual it occurred twice in one week, according to Capt. Steve Concialdi with the Orange County Fire Authority.

"One of our other dispatchers helped deliver a baby girl in Irvine. So it's both babies were delivered on the same shift within a week of each other," Concialdi said.

Meanwhile, as Laure rested at the hospital, she recalled that after the birth of her first baby, she had hoped that her husband would play a more active role in the second birth.