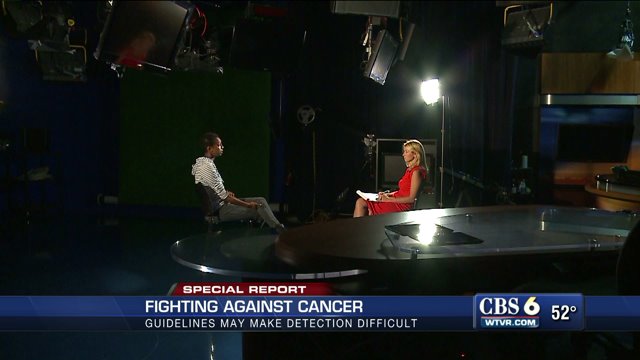 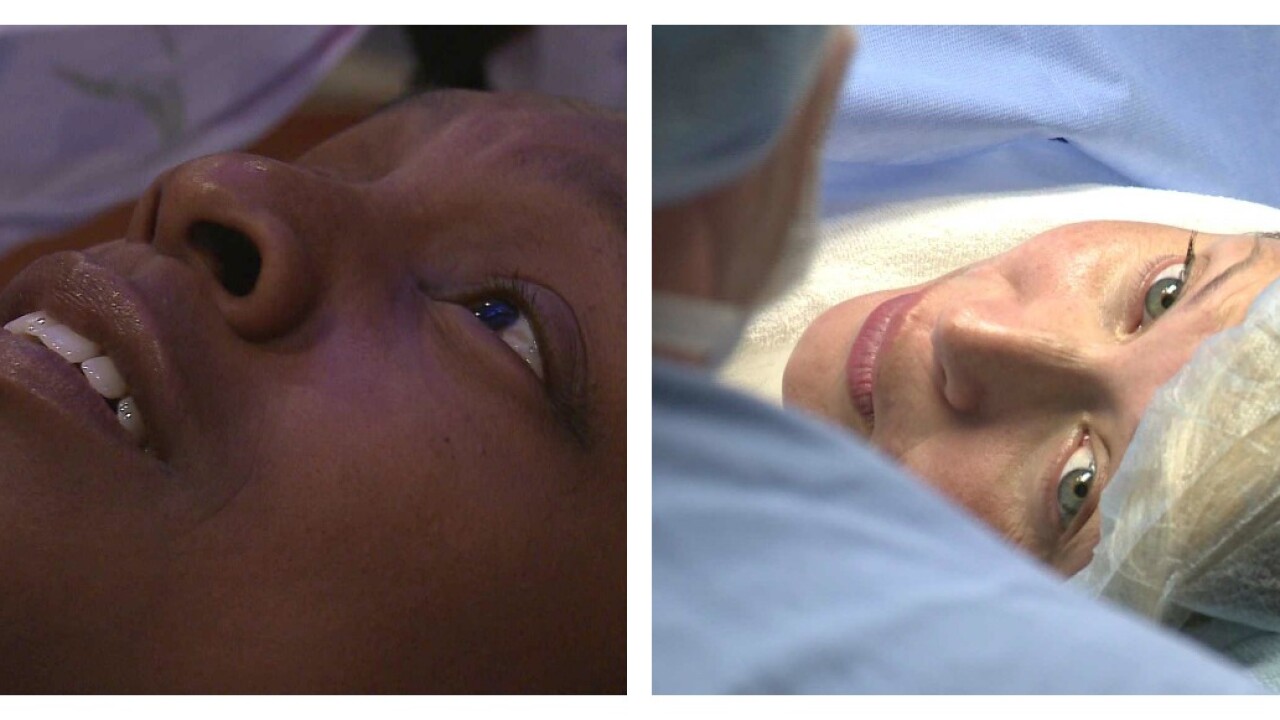 RICHMOND, Va. -- In our busy newsroom -- where I have worked since 2000 – bonds are forged by a job that's unlike any other, with heavy pressure, long hours and tight deadlines.

And for Yvonne Libron, an Emmy-award winning CBS 6 audio operator, and myself, there is a connection that has grown even stronger over the past year.

I’ll never forget when I heard the words, “You have cancer.”

For Yvonne, her reaction was “instantly crying, bawling,” and questioning “why.”

Yvonne Libron, seen with her  Emmy award, is an audio operator at CBS 6.

In November Yvonne learned she had stage 3 breast cancer, and I learned that I had invasive cervical cancer.

I was 38, and three months pregnant with my third child. I was terrified, not for myself, but the life of my unborn baby and my young family.

I was terrified with reason.

“A third of women with cervical cancer die,” Dr. Cecilia Boardman, Director of Gynecologic Oncology at Henrico Doctor's Hopsital, said to me during an interview after my last surgery.  “To me, it's the most heartbreaking thing I do."

“That was the lowest point, I just wanted it to be over," Yvonne said.

"It’s never easy to tell someone they have cancer, but I feel better about it when I can tell them we caught it early,” Dr. Somers said.

For Yvonne, that diagnosis didn't come early enough. Since November she has undergone a double mastectomy, weeks of radiation and chemotherapy. The burden would take its toll on anyone.

Despite her high spirits and strong support system, Yvonne had moments when she crumbled.

"It was to the point that I was trying to shower and I couldn't even shower myself, I couldn't bathe myself,” she said, of her lowest moment.  "I felt, oh my goodness, it felt like death, you know.”

"I felt, oh my goodness, it felt like death, you know" - Yvonne Libron

“That was the lowest point, I just wanted it to be over," she added.

Baby Alexandra spent many weeks in the hospital

For me the worst moment came in March, during my second surgery. That is when I had to give birth six weeks early to undergo a radical hysterectomy.

My baby Alexandra, with her tiny lungs not quite developed, struggled to breathe the first few days of her life and was put on a ventilator. My guilt was overwhelming, because I felt I had failed her as her mother.

It's the reason I’m telling my story now, and so is Yvonne. I asked her how she got through it.

“Honestly god, my family, my friends and my determination to show you can get through this, to any other woman I meet."

"I never told you, but you were my backbone at work," I said to Yvonne. "Because I saw what you went through, it made it easier for me."

"This bond, this understanding of each other, because we have been through something so life altering...that's something we can share," Yvonne responded, in surprise.

By the current guidelines, my cancer likely would not have been caught

The statistics speak volumes; over 232,000 women will have been diagnosed with breast cancer this year.

The statistics speak volumes; over 232,000 women will have been diagnosed with breast cancer this year.

And 12,000 will have been diagnosed with cervical cancer.

Yet the national guidelines are scaling back preventative screening requirements.

In the field of cervical cancer, the United States Preventive Services Task Force, an independent group of national health care experts, now recommends that women get Pap tests every three to five years, instead of every year, unless they have an abnormal Pap result or they test positive for the Human Papillomavirus.

HPV is a virus that currently affects 80 percent of the population. The Pap test is also  recommended for women between the ages of 21 and 65.

"One of the reasons the screening guidelines have changed in the past few years is that the progression from HPV infection to pre-cancer to invasive cancer is actually fairly slow,” said Dr. Boardman.

But in some cases, like mine, the cancer is more aggressive. Up until my pregnancy, I had never had an abnormal Pap test, so despite my own doctor’s advice in 2012, I let more than a year lapse between tests.

Still, my doctors were surprised by the cancer’s progression in that short time.

“Honestly god, my family, my friends and my determination to show you can get through this, to any other woman I meet," said Yvonne

"And that's the issue that we struggle with, the statistics; the epidemiology tell us that we have years, but clinically what we're seeing in my practice is women who've been one to two years with a normal Pap previously, who now have either a significant pre cancer such as Adenocarcinoma In Situ or have actually already developed invasive cancer," said Boardman.

The new guidelines for breast cancer are also causing heated debate in the medical community, but unlike the cervical cancer guidelines, they are not endorsed by leading cancer organizations.

“It's actually being re-evaluated under a congressional mandate right now,” said Dr. Somers.

The same task force is now recommending that women age 50 and above, when the age was formerly set at 40, get mammograms every other year, instead of annually.  Medical research indicates that pinpointing cancer in premenopausal women is difficult because they have dense breast tissue.

Therefore more patients are getting false positive results and being exposed to unnecessary testing.

But at the Ellen Shaw De Paredes Institute for Women's Imaging, Dr. Somers says they are now using state of the art 3-D  technology, and they say it is catching cancer in younger women.  Dr. Shaw De Paredes, a pioneer in the field of women's imaging, spoke out against the new guidelines up until her death in August.

"When you talk about the cost of early detection versus late detection and cancer, the difference could be a 100 times as much,” said Dr. Somers.

Yvonne Libron dances and rings the bell at St. Mary's when she finds out she is cancer free.

"The guidelines are just that, they're guidelines, said my own Obstetrician and Gynecologist, Dr. Leemore Burke, at HCA Health Systems.

Burke says she'll continue to use her  best clinical judgment in making decisions regarding screening her patients.  She is also pushing prevention for younger patients. The Guardasil vaccine, for example, could eradicate cervical cancer for future generations.

"Let's say we vaccinated 80 percent of all 11 and 12-year-old girls and boys, we would reduce cervical cancer by 53,000 cases in their lifetime,” said Burke.

The vaccine was not available to my generation, thankfully today I’m cancer free.

Tracy and family cherishing their time, with baby Alexandra doing just fine after her early birth.

Yvonne recently finished her last treatment with a good prognosis although she must undergo at least one more surgery.

"Because I saw what you went through, it made it easier for me." -- Tracy Sears

While we feel fortunate, we both still have our moments.  The knowledge of surviving – defying death—is something that can make the day emotional.

And while yes, statistically, our stories are more rare,  these same things are still happening to women just like us; mothers and daughters, wives and sisters.

But that's why we wanted to share this story, hoping to empower women. It's our hope that in telling this difficult story, we can make a difference, and help anyone remember that you have a life to live fully.