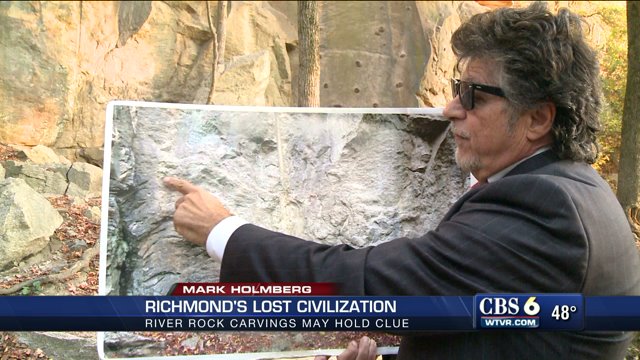 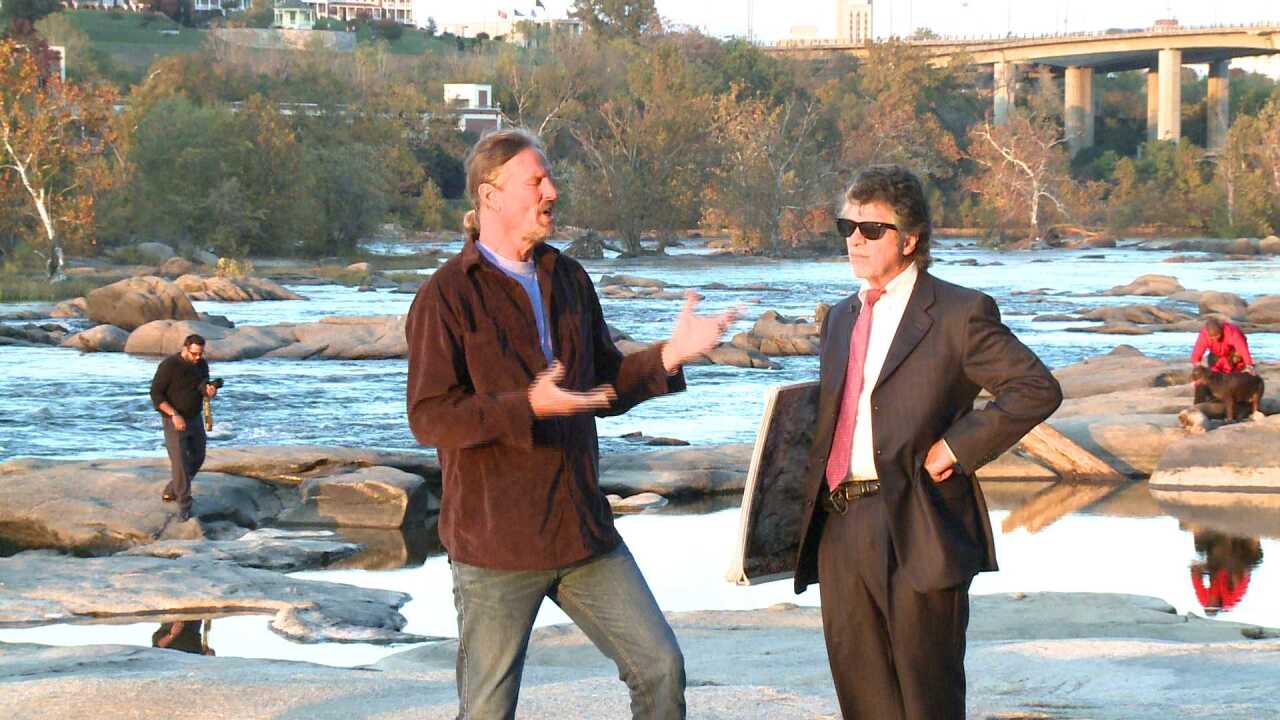 RICHMOND, Va. -- All this year, visitors to Belle Isle, Texas Beach, the Pony Pasture and other beauty spots in the James River Park system have seen a compact man, often in a suit, holding large photos and telling how a lost civilization settled in the River City some 20,000 years ago, carving wildlife in rocks to celebrate their existence here.

"When people stay with me for 15 minutes or more," John Gabriel says, "and the see the sculptures, many of them will say . . . I've never, never seen this before. I've never noticed it. What they don't realize is, since 1965, I've been on this."

He believes he'll be credited with one of the great archeological discoveries of all time.

"I'm the explorer who found our first lost civilization of 100-ton sculptures," says this former high school coach and current realtor who is on a mission to prove that ice age adventurers from Europe settled here back when the continents were much closer together.

He loves showing his discoveries to passersby. Surprisingly, many people do stop and listen and engage in a sort of geologic where's-Waldo game as he points out eyes and mouths and fins and gills in granite lumps that most people assume were shaped by the sure, vigorous hand of the mighty James.

Yes, there are those who doubt, who think he might have slipped and hit his noggin.

"They're skeptical," he says. "How could I have found a lost civilization?"

For almost 50 years, he's seen images in the rocks, sure they were the work of man.

Then he found the work of the Smithsonian's Dr. Dennis Stanford, a leading and respected proponent of the concept that eastern North America was inhabited by Ice Age fishermen some 18,000 year ago.

Once Gabriel studied Stanford's work, he became certain the images he saw in the rocks were shaped by similar explorers.

To have a look at what he's talking about, watch our video report here or  go to his website, rivercityseamonsters.com