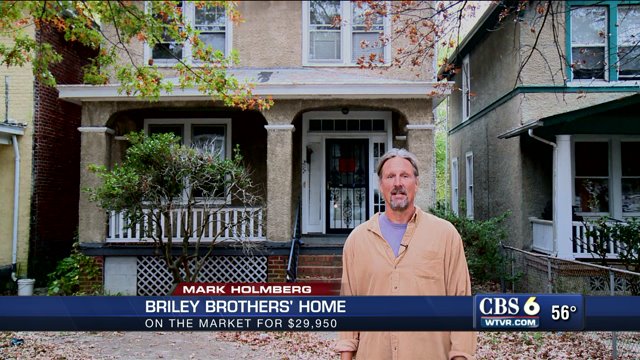 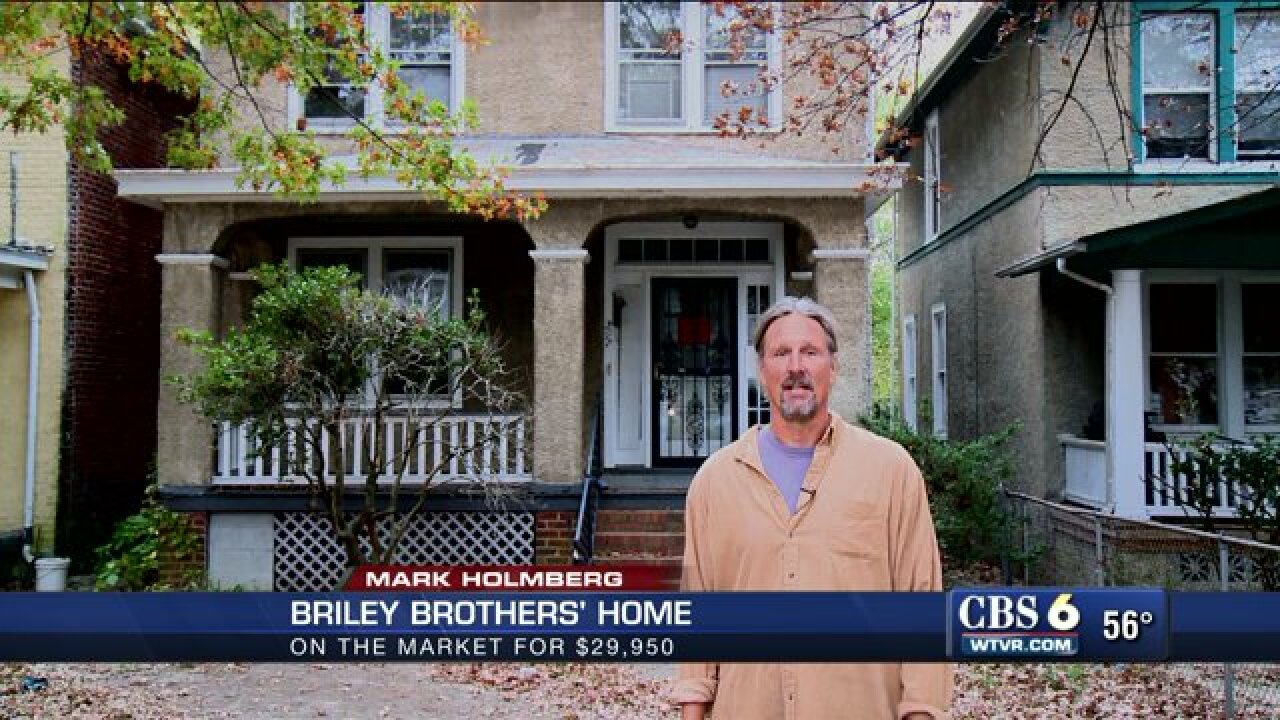 RICHMOND, Va. -- As a realtor would say, the stucco two-story at 3117 Fourth Avenue in Richmond’s North Side has good bones.

It’s square and straight, with still-proud rooflines and only moderate rotting sections visible under the eaves.

But it’s not what’s under the roof that matters, but who grew up there – perhaps the most notorious bunch of killers in Richmond history: the Briley Brothers.

Linwood Briley was just 16 when he shot his elderly neighbor to death with a .22 rifle from inside the house in 1971. He told Richmond police that he was “shooting at a bird,” recalled RPD detective Norman Harding, who has since died. Linwood later said she was old and was going to die anyway, Harding told me in 2009, before he died - 30 years after the Briley’s subsequent murder spree that shocked the city.

It was 1979 when two of the brothers, Linwood and James, led a crew that embarked on a murder/robbery spree that saw as many as 10 dead by the most brutal means imaginable – cinder block, baseball bats, meat forks, rape, torture and fire.

When they were finally caught, they were actually wearing the clothes and jewelry of some of their victims.

They soon found themselves on death row, and eventually led the nation’s first successful death row breakout in May of 1984. They were caught and executed, Linwood in October of 1984 and James the next year.

Developer David Dagenhart Jr. found out the house’s history, apparently, after he bought it about a year ago from the Brileys’ father, who, like their mother, was a respected part of the North Richmond community.

He said he planned to remodel it, but lost heart after the Richmond Times-Dispatch reported about the home being for sale and its history.

Dagenhart, who has extensive redevelopment experience in Richmond and that part of North Side, said he just wants to get out from under the house at his point. He’s asking about $29,000.

He says the house has great potential, and he hopes to sell it to someone “who will make it shine again.”

Without a doubt, there are many homes in the Richmond area that have much bloodier histories – houses where murder, rape and torture  stained them forever.

But the Briley brothers were, thankfully, one of a kind, making the house at 3117 North Avenue unique not for its good bones, but the  bad blood that grew up there.

Watch our video report for a more complete history.