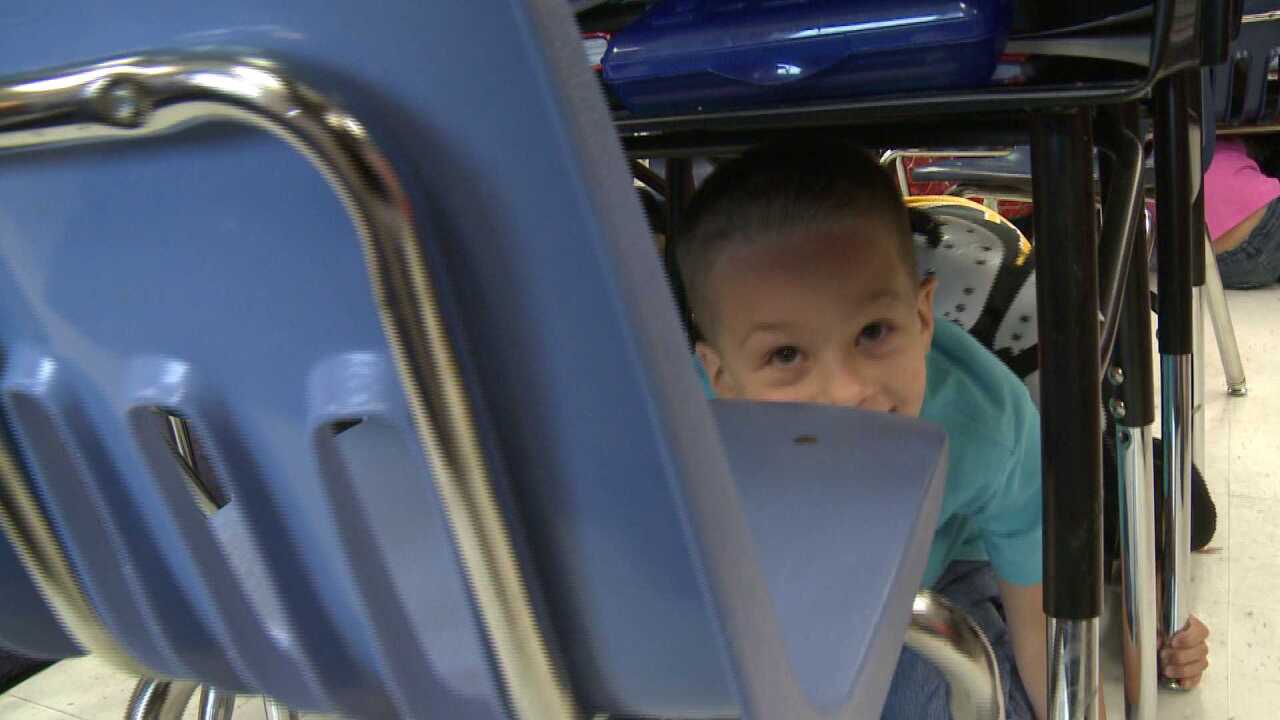 They executed another drill on Thursday, but this time, it was just a little practice.

Over 20 million people from across the world registered for this year’s “Great Shake Out,” a program that urges people to practice what they will do if an earthquake hits.

“It’s comforting because everyone knows what to do,” said Carter King, a fifth grader at Thomas Jefferson, who was on the playground there when the earthquake hit in 2011.

“I definitely think school districts need to be ready and be prepared,” said Candance Wilkerson, principal at Thomas Jefferson.  “We take it very seriously, probably more seriously than before the earthquake.”