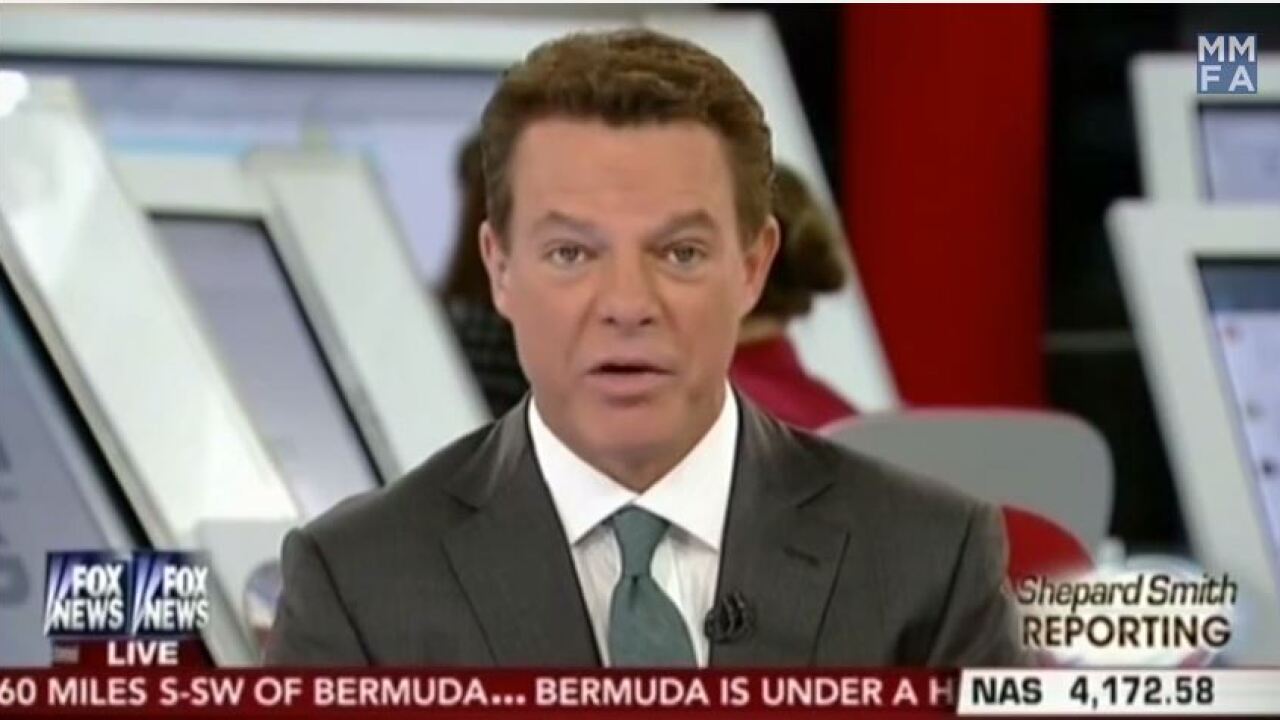 NEW YORK — Fox News anchor Shepard Smith used several minutes of his show Wednesday to calm the Ebola fears of people who listen to the “hysterical voices on the radio and the television or read the fear-provoking words online.”

“We do not have an outbreak of Ebola in the United States. Nowhere.” – Shepard Smith

“We do not have an outbreak of Ebola in the United States. Nowhere,” Smith said. “We do have two healthcare workers who contracted the disease from a dying man. They are isolated. There is no information to suggest that the virus has spread to anyone in the general population in America. Not one person in the general population in the United States.”

Smith said should the situation change, his reporting on the situation would change. He also injected the notion that politics has played a role in the way Ebola has been handled in this country.

“With midterm elections coming, the party in charge needs to appear to be effectively leading,” he said. “The party out of power needs to show that there is a lack of leadership.”

Does Smith’s message ease your fears or are you still concerned about what’s happening with Ebola? Email the newsroom to share your opinion.

SHARE this story with your friends on Facebook.
Copyright 2020 Scripps Media, Inc. All rights reserved. This material may not be published, broadcast, rewritten, or redistributed.