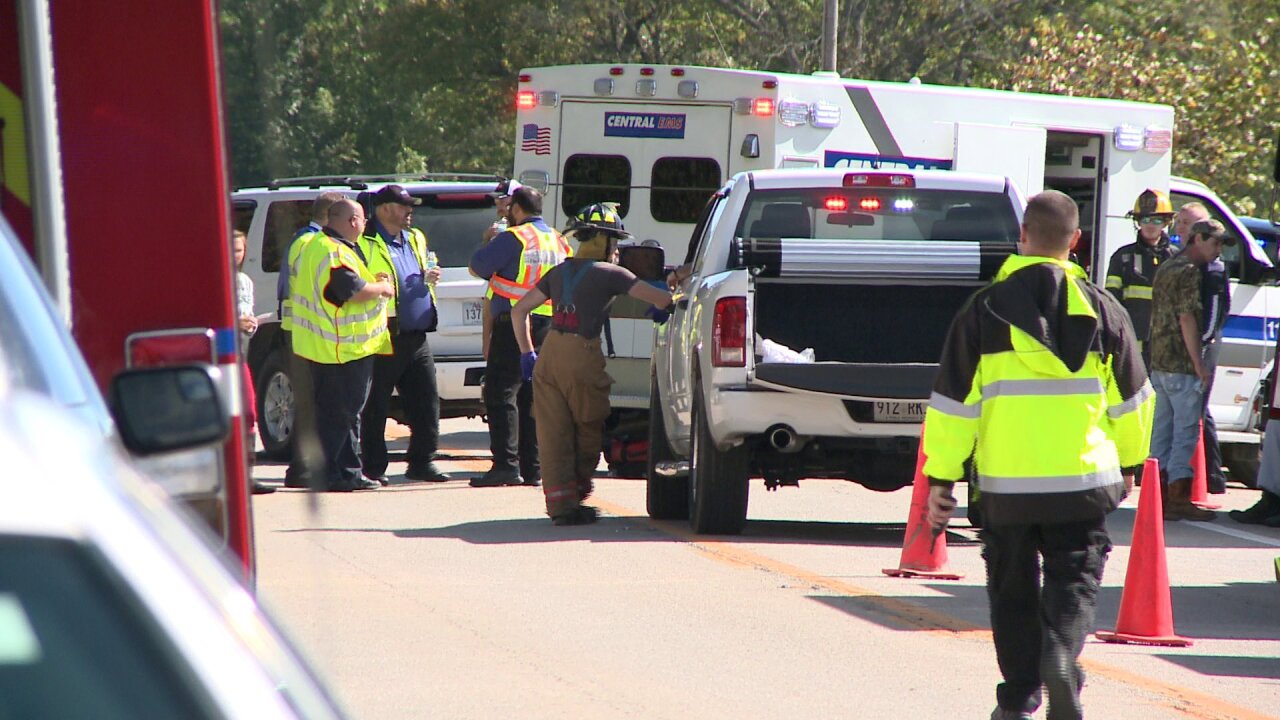 (CNN) — A scenic fall tour turned into a nightmare ride for passengers in northwest Arkansas on Thursday after a freight train and a passenger train collision left dozens injured.

The six crew members and 38 passengers aboard were all injured, according to the Arkansas Missouri Railroad Police.

The passenger train is operated by the Arkansas and Missouri Railroad, said Ron Sparks, the railroad’s police chief.

The train departed from Springdale, Arkansas, and was headed to Van Buren to take passengers on a fall foliage excursion.

The trains collided Thursday morning when the passenger train stalled on a small grade, apparently because of excess leaves on the track, according to police.

“We called for another locomotive to come help,” said Sparks.

“Somehow there was miscommunication on the passenger train’s position, and the locomotive rounded the curve and crashed into the passenger train,” added Sparks. “It’s a pretty rural area, we had to park in woods, and wade through a river to get the passengers, using four-wheelers to pull them out.”

One of the train’s conductors fractured his ankle and back and was evacuated to the hospital, said Sparks.

Local fire and police emergency responders remain on the scene, according to local police.

The National Transportation Safety Board was sending a team to the site of the crash Thursday evening to investigate.