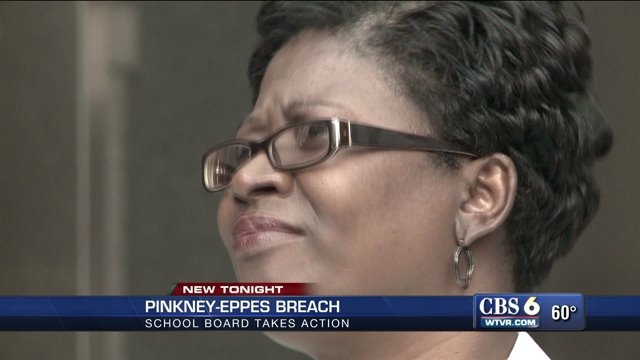 SHe can not be fired, because she is elected. Melissa Hipolit and photojournalist Tyler Conta report. 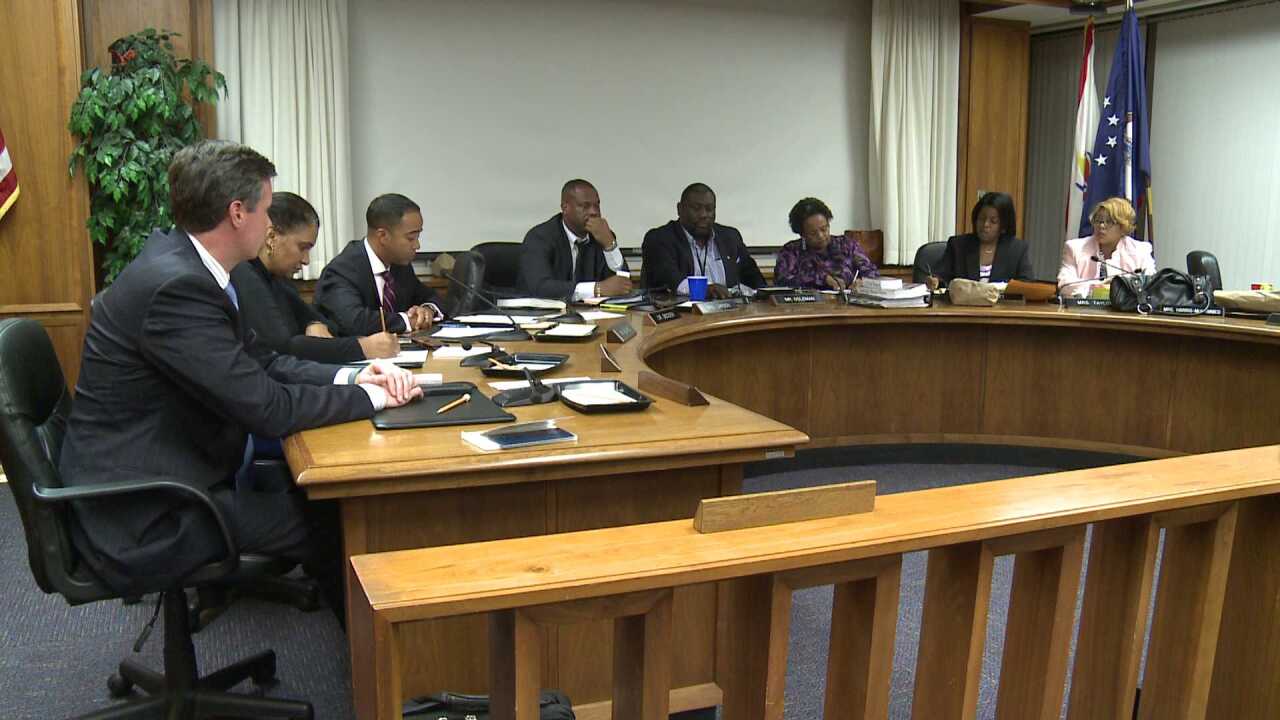 RICHMOND, Va. -- Five Richmond school board members unanimously voted to punish one of their own at a special called meeting Thursday night.

Tichi Pinkney Eppes, 9th District Board Member, received a former censure, public reprimand, and a removal from her committee assignment.

“This is the strictest action we can take,” Don Coleman, School Board Chairman, said.

Pinkney Eppes, who did not attend the meeting because of a family trip, allegedly released personal information about 28 students to a Medicaid vendor who specializes in therapeutic care.

Pinkney Eppes declined to comment on the board’s decision through her attorney, Alex Taylor;  who said he was unaware of the board's decision until we spoke with him.  Pinkney Eppes served on the student disciplinary committee and has therefore been stripped of that assignment.

Dr. Coleman said despite the vote, the investigation continues.

“We want to make sure we’ve covered every base,” Coleman said.

The board members made their decision after a two hour meeting, held behind closed doors in order to discuss the details of the school system’s internal investigation, they said.

Kristen Larsen and Derik Jones left the meeting early and weren’t present for the vote, and Mamie Taylor left right before the vote.

“The board member exercised their right to remove themselves from the room during the vote,” Coleman said.

Shonda Harris-Muhammed said that after hearing the facts, she had to vote for censure.

“I felt very strongly that we needed to handle this with a level of decency and order, and not continue to drag a board member through the media,” Harris-Muhammed said.

Board member Kim Gray remains committed to her call for Eppes’ resignation, and Jeff Bourne, 3rd District, said Eppes’ actions have hurt the credibility of the board, but wouldn’t go so far as to publicly call for her resignation.

“That’s for her to decide, but these actions have damaged this board, and we’re going to have to work hard to dig ourselves out of this hole,” Bourne said.

It's not the first time Bourne has uttered those words. He said them in April 2013, when a CBS 6 report that aired highlighted inconsistencies about a doctoral degree that board member Shonda Harris-Muhammed claimed she earned from Walden University. The university told CBS 6 multiple times that no doctorate  had been conferred or completed by Harris-Muhammed.

In April 2013, when Bourne served as chairman of the board, he contended that the questions over the degree have shaken public trust in the whole board and need to be resolved.

Pinkney-Eppes maintains that she was attempting to help just one child when she inadvertently released more files. At this point, the board believes none of those kids names were released to the vendor, but they are going to continue to investigate to make sure.

The board’s attorney will be working to make sure that the board is properly following federal and state protocols in their handling of the incident.

Pinkney Eppes will remain on the board, as she is a public official and her colleagues on the board do not have the power to remove her.

Alex Taylor said he is not aware of any plans by Eppes to resign.

-Alix Bryan contributed to this report.