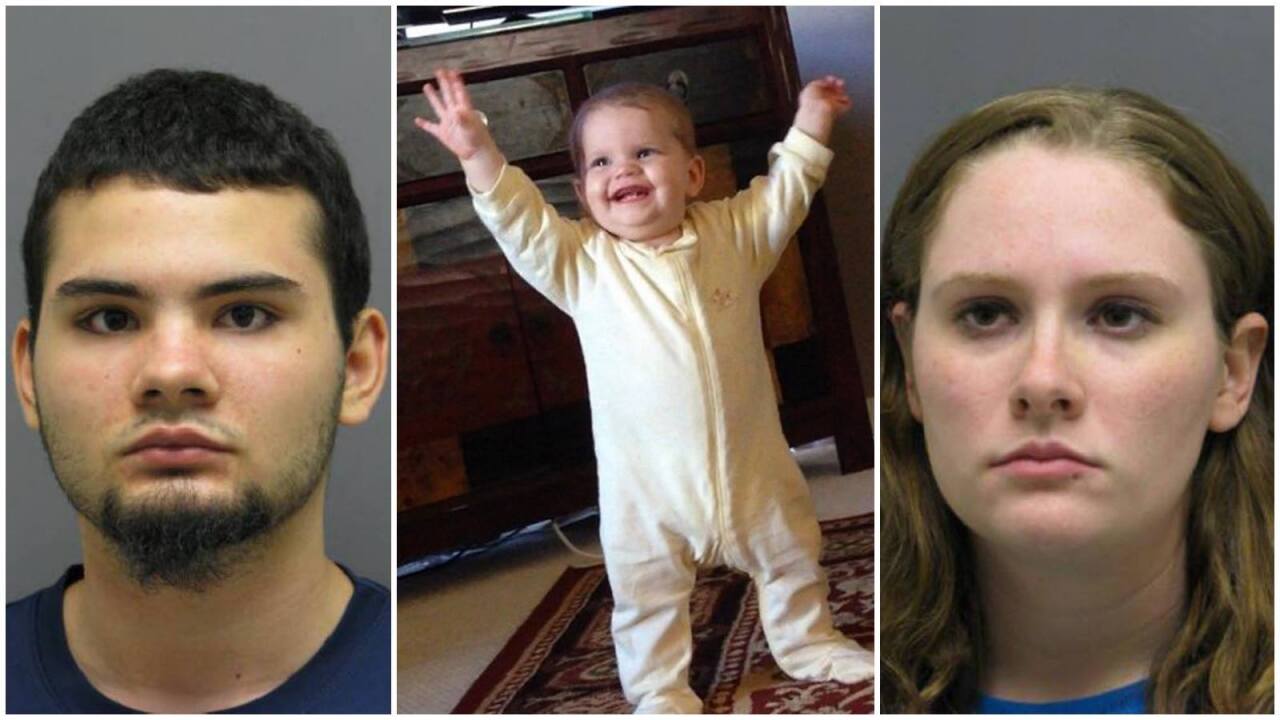 NOKESVILLE, Va.  — A nine-month-old Virginia baby died after she was left alone in her crib for 16 hours while her parents drank, police said.

Prince William Police said Avarice Alexander was put in her crib by her father, Adam Alexander, around 8:30 p.m. on October 4 at the family’s home in Nokesville. The baby rolled onto her stomach immediately, and no one checked on the infant for over 16 hours, authorities said.

Avarice’s mother, Jasmyne Alexander, returned from work to the home she shared with Adam, his mother and sister around 11:30 p.m. Authorities said both parents started drinking, leaving their baby alone in her crib the entire night into the following afternoon.

Jasmyne went to bed around 3 a.m. and Adam stayed up until 9 a.m., authorities said.

When Jasmyne Alexander checked on her daughter the afternoon of October 5, the baby wasn’t responsive, police said. Avarice was declared dead at the scene.

Police said the parents had not taken Avarice to a doctor for the past seven months, even after noticing Avarice had problems breathing.

Jasmyne and Adam Alexander have been charged with felony child neglect. If convicted they could face 10 years in prison.

Police said the investigation into Avarice’s death is ongoing.

HLN reached out to Jasmyne and Adam Alexander for a comment, but calls were not returned.