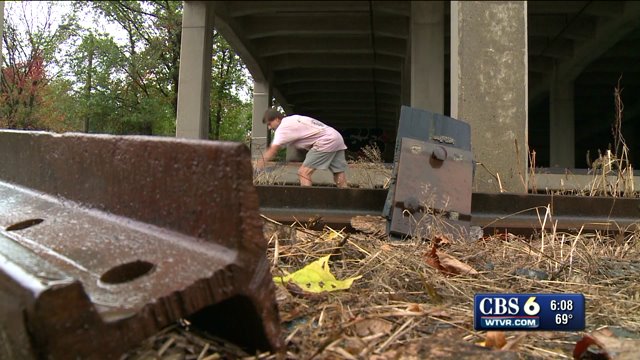 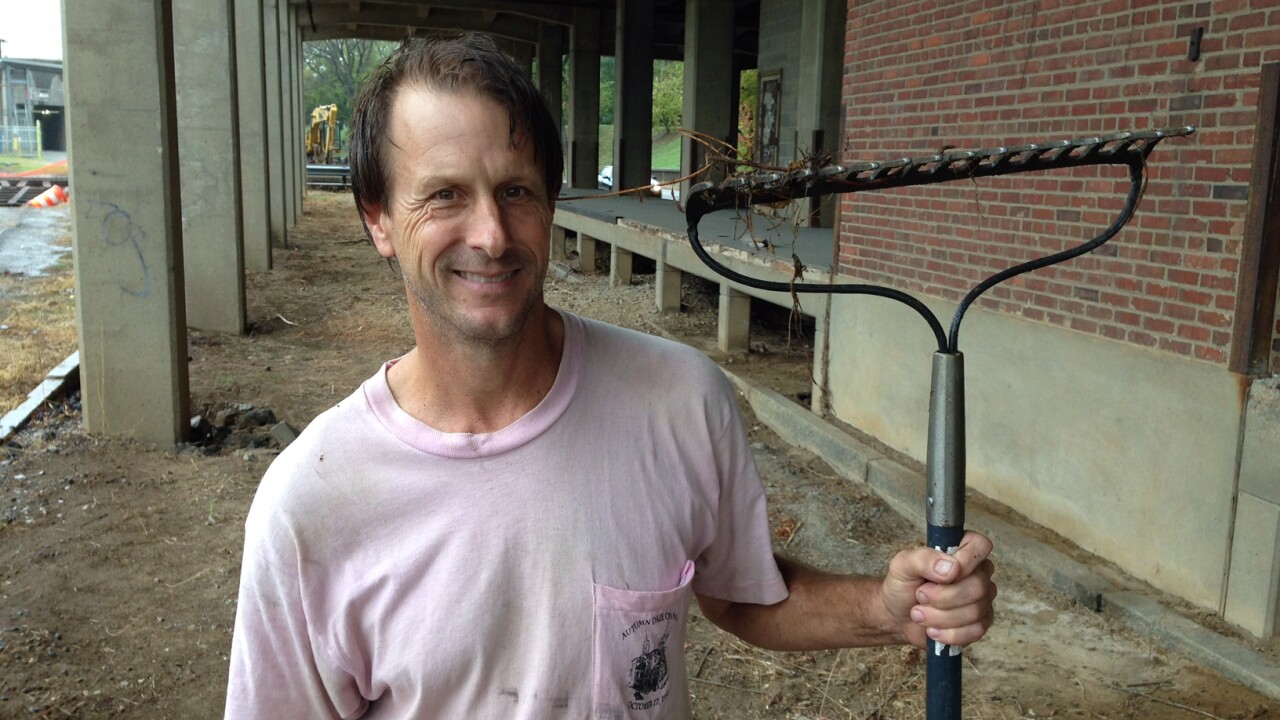 RICHMOND, Va. -- We found Rick Tatnall cleaning up a stretch of the James River near Rockett’s Landing in the rain. He considers the outdoors his office and he wouldn't want to be anywhere else.

“It is a mess, but we’ve got a great, great future ahead of us down here," he says.

Rick relishes beautifying Richmond one less weed at a time.

“Once we tap into that unrealized potential. We’re going to be the best place to live, work and visit.”

Rick is the engine behind Replenish Richmond, an organization dedicated to helping elevate central Virginia. He is the group’s full-time unpaid staff.

“I think we have a well of energy we can tap into,” says Tatnall.

The Pennsylvania native envisioned a better Richmond when he arrived in 1987.  In Rick’s other life he was dealing with another type of green as a financial planner, but Rick left a comfortable world behind for a more rewarding existence.

“I’m wealthy in many ways but just not in the dollars way,” he says.

But when we caught up with him, Rick was preparing a stretch of the James for the Capital Bike, and his idea to create the Sugar Pad which Rick says will become a concert and art space on this abandoned warehouse pad along the James River.

“I love getting dirty," he says. "I love doing things."

“Very humble guy,” says Lauderdale. “He does it for the city; he does it for different communities within the city.”

Rick's admirers, like Carl Otto, marvel at his stamina.

“I don’t know if anyone adequately compensates him for the effort he puts in the city," says Otto, "he just does it."

Failure is not in Rick’s lexicon.

“There is absolutely no ego in this," he says. "I’ve been working so hard to make it work; I can’t let it not work."

Rick truly believes Richmond can achieve greatness and invites Richmonders to join him frequently at his downtown office.

“If I had to break down my advocacy into one thing, it is to get more people involved in their community," he says. "To me that is the only way we will solve our problems.”

If you want to nominate a “Hero Among Us” email Greg McQuade at Heroes@WTVR.com