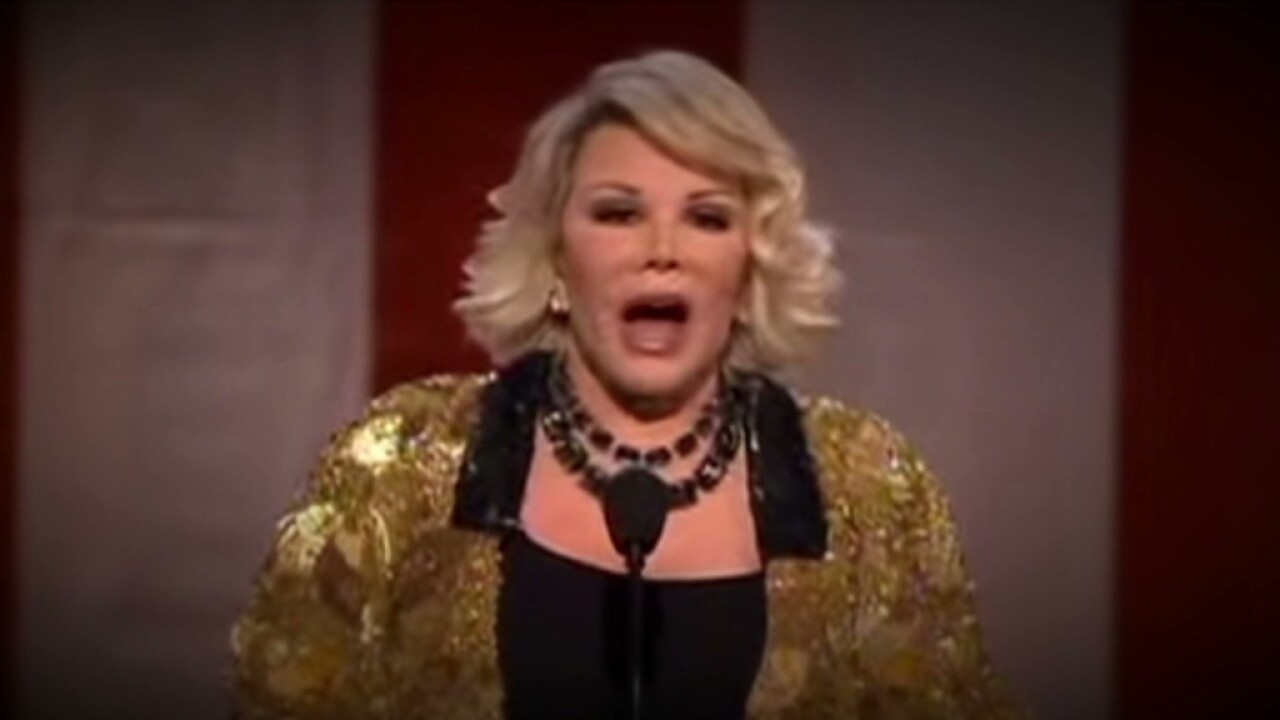 “The classification of a death as a therapeutic complication means that the death resulted from a predictable complication of medical therapy,” the report said.

Rivers, 81, died September 4, a week after an appointment at Manhattan’s Yorkville Endoscopy clinic.

The medical examiner’s investigation ruled that the cause of death was “anoxic encephalopathy due to hypoxic arrest,” a medical description of brain damage caused by a lack of oxygen.

The arrest happened “during laryngoscopy and upper gastrointestinal endoscopy with propofol sedation for evaluation of voice changes and gastroesophageal reflux disease,” the medical examiner’s officer said.

The initial report did not name the doctor or doctors who performed the procedures.

Gastroenterologist Dr. Lawrence Cohen, who was the medical director of the clinic until resigning after Rivers’ death, then performed an endoscopy intended to diagnose why she was suffering a sore throat and hoarseness, the source said.

Cohen detected something of concern, the source said.

Korovin then began a second laryngoscopy to again view River’s vocal cords, the source said. It was at that time that her vocal cords began to swell, leading to a cutoff of oxygen to her lungs and ultimately to cardiac arrest, according to the source.

Korovin was authorized only to observe Cohen, who performed the procedure, since she was not certified by Yorkville Endoscopy clinic, as required by New York health law, the source said.

Investigators have found no prior consent form signed by Rivers authorizing a procedure by Korovin, the source said. It was unclear if Rivers had given verbal consent to the biopsy before being sedated.

But Korovin denied “performing an unauthorized procedure” before the comedian suffered cardiac arrest, a source close to the doctor told CNN last month.

Paramedics rushed Rivers from the clinic to New York’s Mount Sinai Hospital a mile away, where she was kept on life support until she died a week later.

Doctor to the stars

Korovin is well known for helping an impressive list of celebrities with voice trouble. The list of famous patients who have sung her praises include actors Hugh Jackman and Nathan Lane and singers Celine Dion, Lady Gaga and Ariana Grande.

“I’ve always been fascinated by the human voice and music,” Korovin, 55, is quoted telling the New York Daily News in a profile story last year.

Korovin’s lawyer sent a statement to CNN last month in response to reports that questioned whether her actions played any role in Rivers’ death.

“Gwen S. Korovin, M.D. is a highly experienced, board certified otolaryngologist. She maintains privileges at one of the city’s most prestigious hospitals. She is respected and admired by her peers in the medical community and she is revered by her patients.