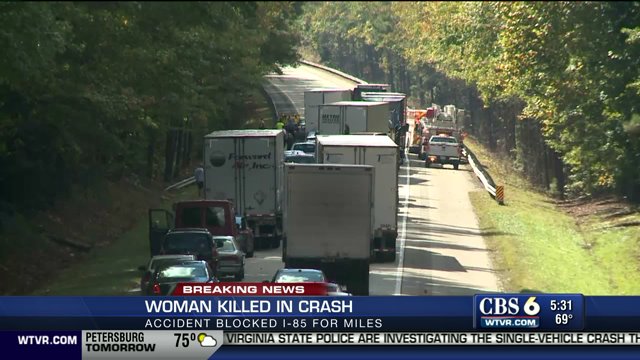 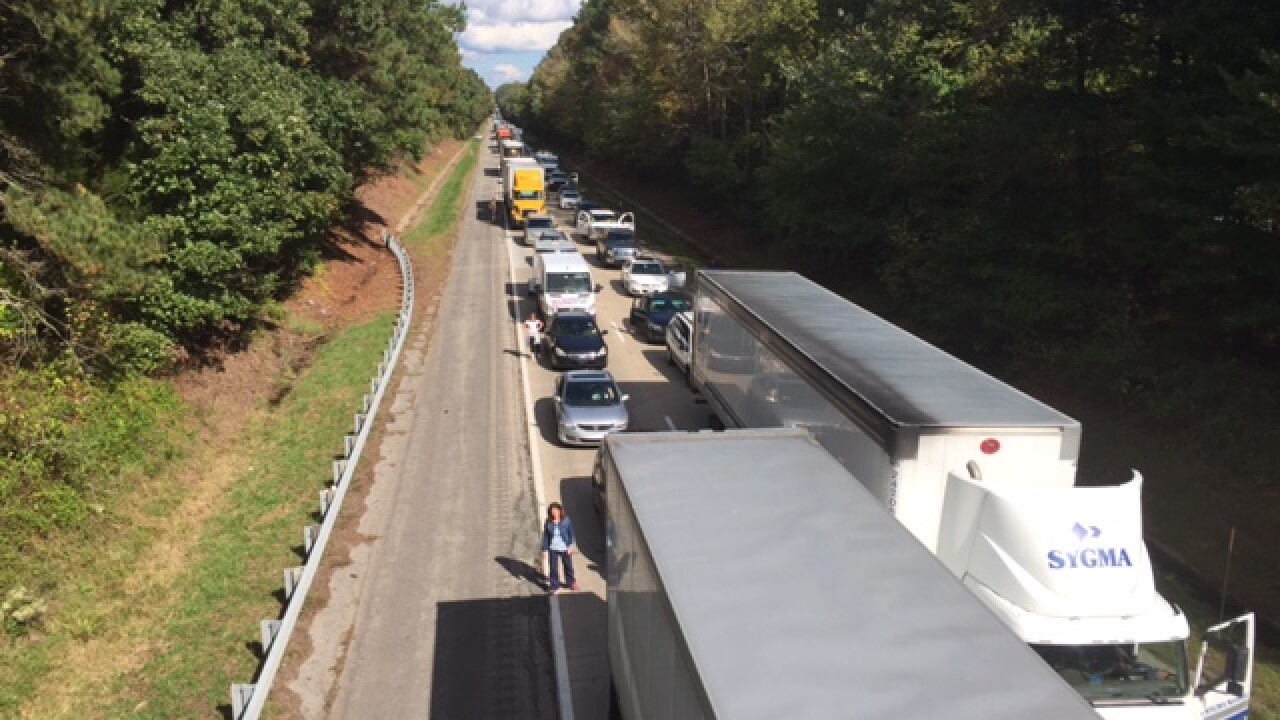 DINWIDDIE COUNTY, Va. -- One person has been killed and two others injured  after an accident shutdown all lanes of I-85 south in Dinwiddie -- about two miles south of Carson Road/Route 703 -- for hours Thursday afternoon.

Virginia State Police are investigating the single-vehicle crash that left the driver of a minivan dead.

Officials said a Dodge minivan was traveling south on I-85 when the driver ran off the road to the left and struck the guardrail. Then the van traveled back across to the right side of the road and hit another guardrail before the vehicle went back into the lane and overturned.

The female driver was thrown from the vehicle.  Another passenger and a child under the age of six months were transported via med-flight to VCU Medical Center with unknown injuries.

"The driver was pronounced dead at the scene, we are still in the process of trying to notify next of kin, once that is done I will release the drivers name," Virginia State Police spokesperson Sgt. Stephan Vick said in a news release.

CBS 6 senior reporter Wayne Covil said that traffic was being routed off the interstate after the wreck.

Traffic was backed up nearly 10 miles as of 3:10 p.m. However, around 3:30 p.m., the backup was down to six miles as the interstate reopened.

Check back with WTVR.com  for updates on this story. 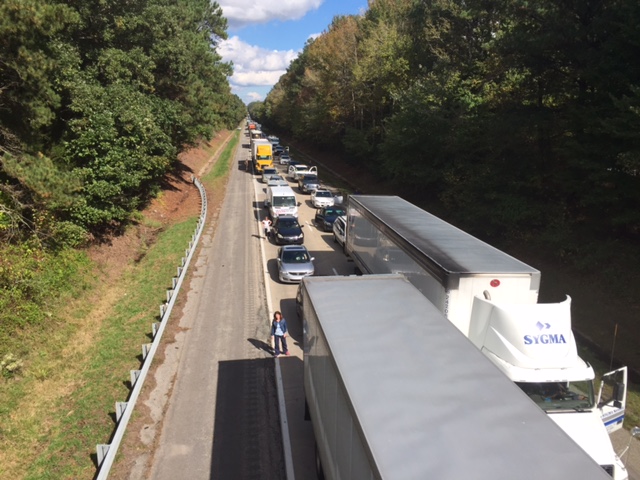