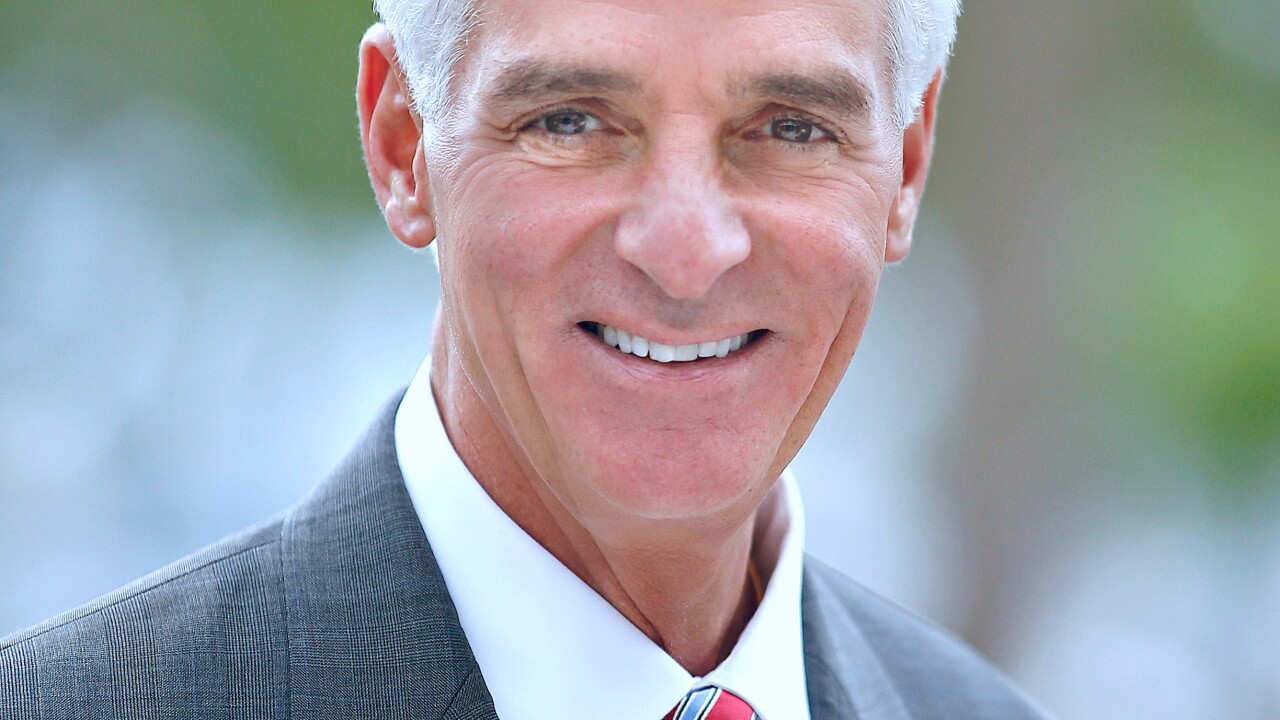 Charlie Crist, (D) Florida, is a candidate for governor in 2014.

WASHINGTON — Florida Gov. Rick Scott refused to go onstage for the first seven minutes of a debate Wednesday night, because his opponent had a fan.

“Are we really going to debate a fan?” Crist said while standing alone on stage.

No, not a rowdy supporter in the audience. An actual electric fan.

Scott’s Democratic challenger, former Gov. Charlie Crist, had set up a small fan underneath his podium, apparently trying to keep himself from sweating under the Broward College stage’s lights. Scott saw the fan, a prop that often accompanies Crist at public appearances, as a violation of the debate’s rules and said he wouldn’t participate.

The moderators tried to explain the disagreement while Republicans in the audience chided Crist for breaking rules — at least as Scott saw them — against props on stage.

“We have an extremely peculiar situation right now,” moderator Elliott Rodriguez, a local news anchor, said as the broadcast started.

Are we really going to debate a fan?” Crist said while standing alone on stage.

“That has to be the most unique beginning to any debate,” Rodriguez said as Scott walked onto the stage.

From there, the moderators largely tried to ignore the episode.

But it had already sparked a social media firestorm, with Twitter users launching the hashtag “#fangate,” and a mock Twitter handle devoted solely to Crist’s fan — @CCristFan — had its moment in the sun.

After the debate, the real Crist weighed in.

“#fangate – what a night!” he tweeted. “Now, let’s get back to the issues that matter to Florida.”

But fangate was all some people could think about.

Many didn’t know what to make of it.

Democrats wanted to make sure no one missed it.