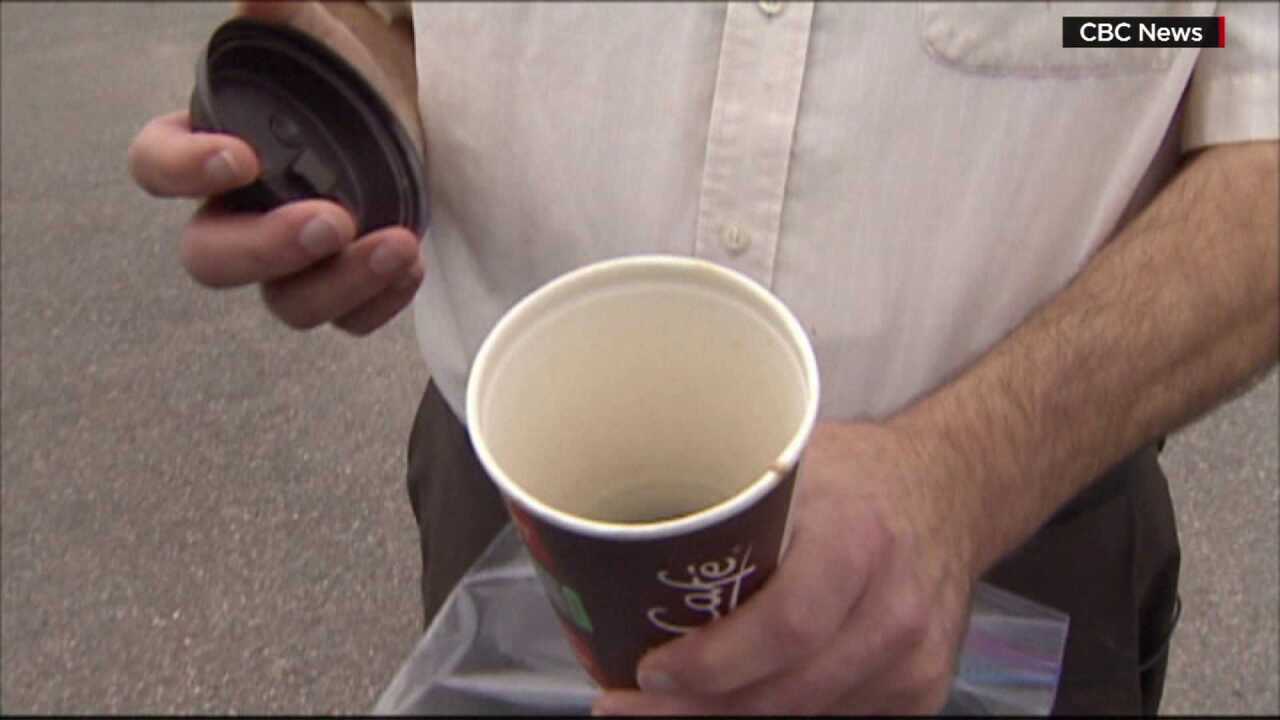 A Canadian man claims to have found a mouse at the bottom of his McDonalds coffee cup after he drank the whole cup and took the lid off to get the last sip.

When you go to McDonalds and order coffee, you expect the house blend, not the mouse blend.

It was a dead mouse, too.

Ron Morais picked up his coffee at the drive thru in Fredericton, Canada. He sipped it for hours, and then, as usual, removed the lid for the last gulp.

“And when I took the lid off there was a little surprise in my coffee cup,” said Morais.

“’Oh my god there's a mouse in my coffee,’ is what he says,” recalls Jennifer Lahaye, his co-worker. “It's real. He's not joking.”

Ron's coworkers vouched for him.  But online, the theories flew.

A co-worker dropped the dead mouse into his cup as a "joke" or maybe it's "possible the mouse has been in there since the cup factory,” wrote people online.

Some folks are wondering how the guy would have sipped his entire cup of coffee without feeling the weight of the mouse sloshing around like a forgotten teabag.

"I smell a rat" said someone.  "What a kroc"...a pun referring to Ray Kroc, mcdonald's founder.

Remember the woman who went to jail for four years for pretending she'd  found a finger in her chili? But authorities traced it back to an associate of her husband's who had severed it in an industrial accident.

“I think this is everyone's worst fear,” once joked humorist Andy Borowitz. “Opening up a fast food meal and finding a human finger where dead mouse should be.”

As for the mouse in the coffee, Ron's co-workers were rock solid supporting him.

“Unless I had been there and watched Ron drink that whole coffee down to last drop, I would have been like ‘you're lying,’” Brad Patterson, Ron’s co-worker.

Ron hasn't expressed any intention of suing. What's he want from McDonalds?

“I'd like to know how the mouse got in the cup of coffee,” he says.

The restaurant was inspected by authorities and found to be pest free.

McDonalds says Ron "has now provided us with the product sample and foreign object."

They're sending it to a third party lab but "thus far we do not believe the foreign object originated in the restaurant."

Moral of the story, before drinking, check under the lid for a waterlogged McMouse, or as one jokester nicknamed him, “Maxwell Mouse...good to the last dropping.”

That mouse looks a little, undercaffeinated.