Apple Pay is launching on Monday 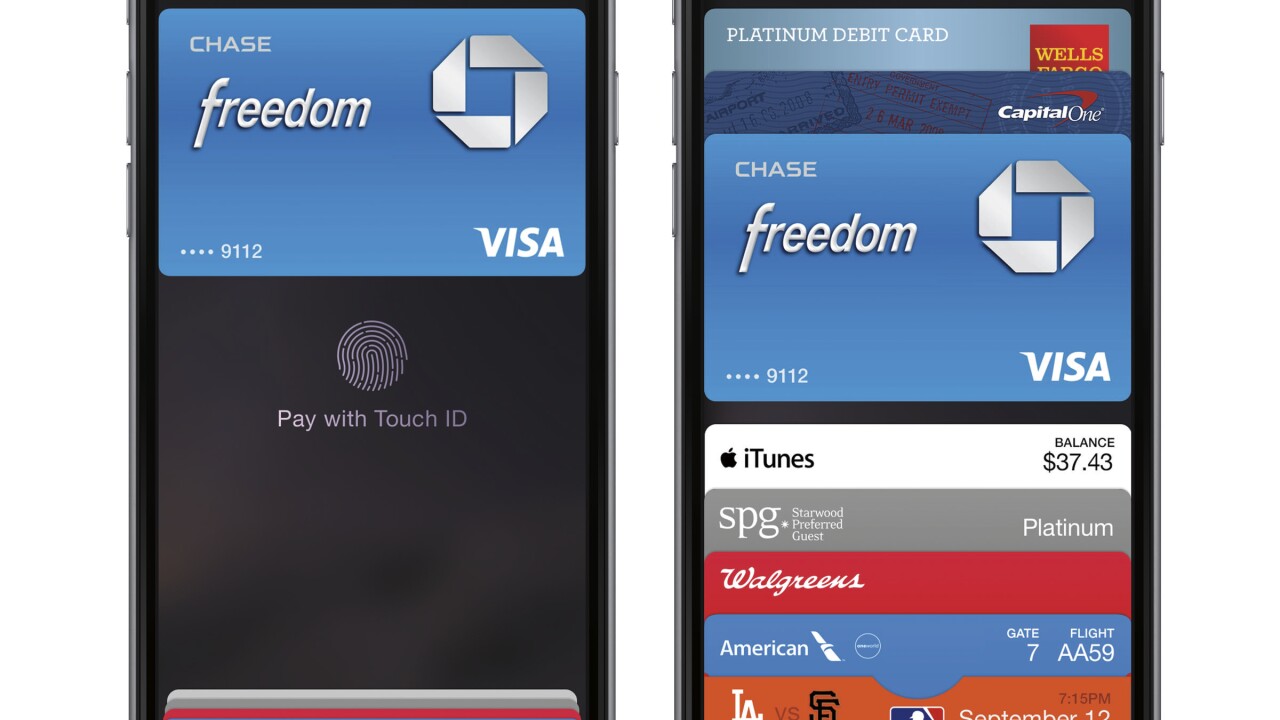 Apple unveiled a mobile payments platform called Apple Pay during their September 9, 2014 announcement, which works with the new iPhone 6 and iPhone 6 Plus, and the Apple Watch.

NEW YORK (CNNMoney) — Starting Monday, you can pay for stuff with your iPhone 6.

“We believe Apple Pay is going to be huge,” Cook said. “It’s going to change the way we pay for things.”

“We believe Apple Pay is going to be huge,” Cook said. “It’s going to change the way we pay for things.”

Apple Pay will let iPhone 6 and iPhone 6 Plus owners spend money at participating stores simply by using their phones’ fingerprint scanner and holding the device up to the register.

Want to pay for something in an app? Just tap “Pay with Apple Pay,” put your finger on the fingerprint reader, and you’re done. The charge goes straight to your credit or debit card — whatever you’ve set up with Apple.

Apple Pay works by sending payment information via short-range radio waves. The message goes from a special chip inside the iPhone 6 to the register. It’s called NFC, short for Near Field Communication.

That neat feature is already on lots of Android, Windows Phone and BlackBerry devices and works with Google Wallet, Softcard, PayPal and other services. An estimated 220,000 retail stores already have NFC devices at the register.