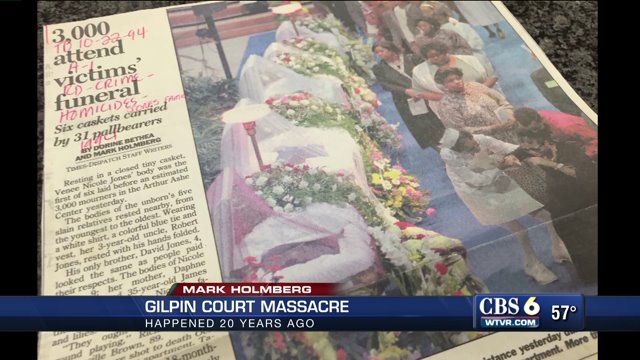 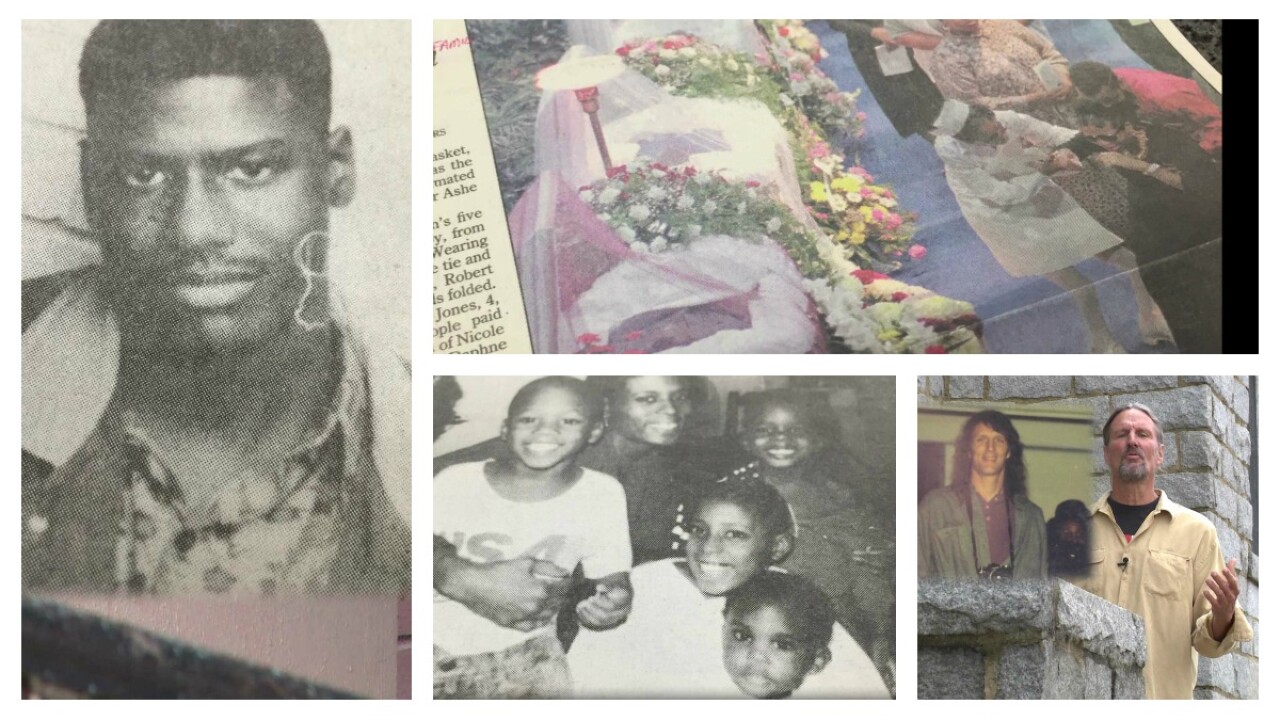 As cold as it gets.

He was mad because the 14-year-old girl who lived in that apartment, Tamika Jones, got pregnant with his child, and his main girlfriend found out about it.

So in he walked that morning, killing adults and children in their pajamas. James Randolph, 35, Daphne Jones, 29, Nicole Jones, 9, David Jones, 4, Robert Jones, 3. One child was slaughtered in the crib. Another died clutching Daphne's leg.

Tamika heard their screams. Then the screams stopped, she later testified. And Goins, her lover, came in her room and emptied his pistol into her belly, her 7-month-old fetus taking most of the bullets and saving her life. She hugged and shielded her 9-month-old sister, who was shot in the arm. (That's the child being rushed out in the arms of the female medic in the video.)

Tamika was able to call 9-1-1 and identify the shooter. (She lost her ability to have children. When we last talked to her, She was living in Los Angeles, although she may have moved to New York.)

More than 3,000 people turned out for the funeral at the Arthur Ashe Center. There were six gleaming-white caskets - one for unborn girl.

Even in the midst of Richmond's deadliest year since the Civil War (160 were murdered in the crack-cocaine fueled madness then), Richmonders felt this one. Most who were living here then remember it.

Goins was caught a month later in Brooklyn, with his girlfriend. He was unrepentant till the end, when he was executed by lethal injection in December of 2000.

Watch our video report and please add your memories.