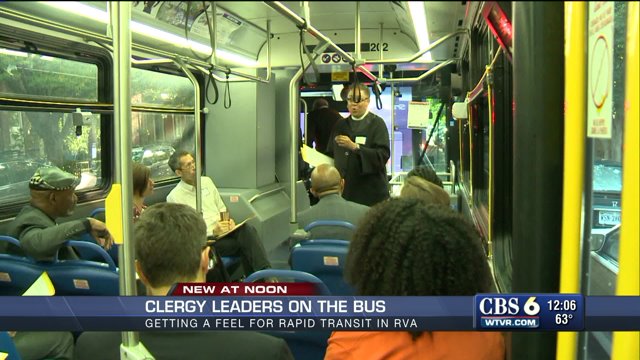 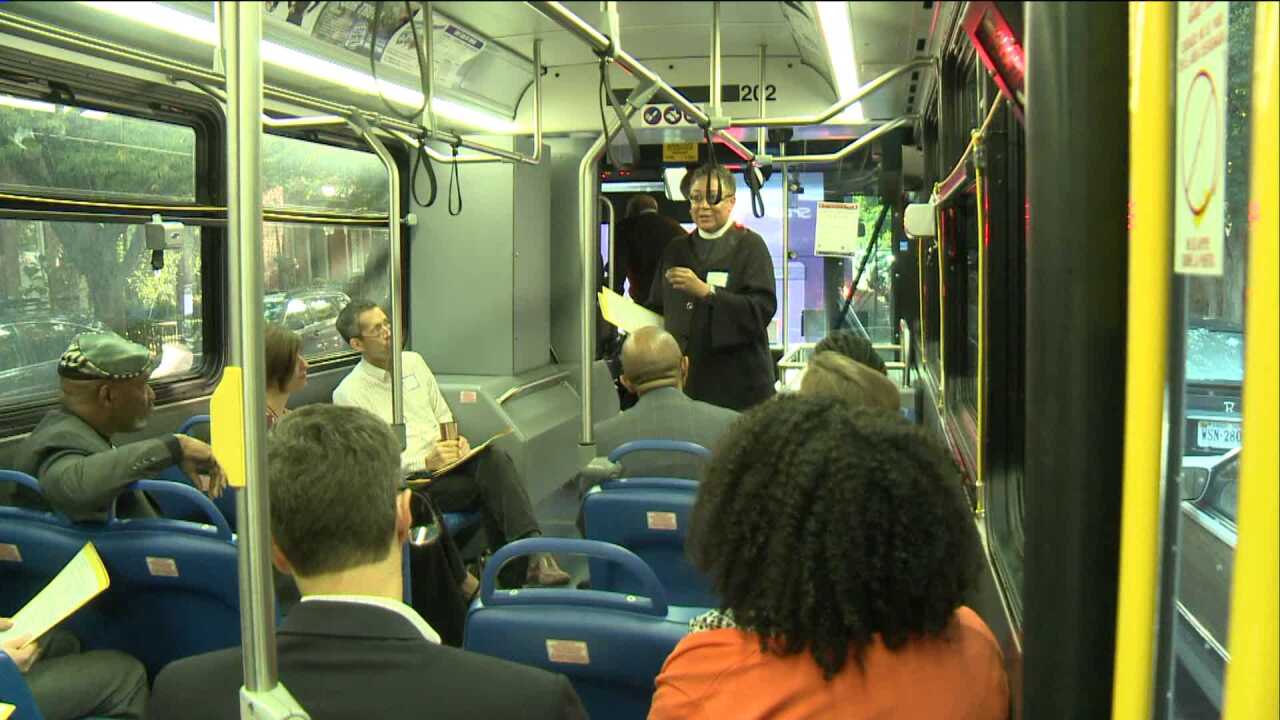 RICHMOND, Va. -- Today nearly 150 area clergy across all denominational lines boarded five chartered GRTC buses to travel down the four major transportation corridors in the Metro. The clergy members said they wanted to get a feel for proposed changes to the public transportation system, after a plan was introduced to build a Broad Street Bus-Rapid Transit system.

On board with the idea to bring rapid transportation options to the area is bus rider Patricia Rogers, who moved to Richmond nine years ago after living in Raleigh.

"When I got to Richmond the energy here was so great," Rogers said.

But not so great--if you ask Rogers--are the public transit options for those traveling across the Metro.

"If you need to get somewhere quickly even though there's a bus transportation to it, it's not time-sensitive," Rogers said.

It's the push for a rapid system that led the dozens of clergy, around the area loading up on city buses earlier today.

In fact many in the faith-filled community believe an investment in better public transportation will move the economy forward.

"There's an infrastructure that can address poverty and even homelessness if we can provide linkages that will allow people access to meaningful employment," clergy John Kinney said.

Rogers suggested a "shakeup" may be needed from the outside to get things moving.

"They might need a competition, you know somebody that will come in and do what they are not doing," Rogers said.

Meanwhile, Rogers along with the dozens of clergy members were not only riding for change today but they are praying for it as well.

Click here for more on the rapid transit plan.