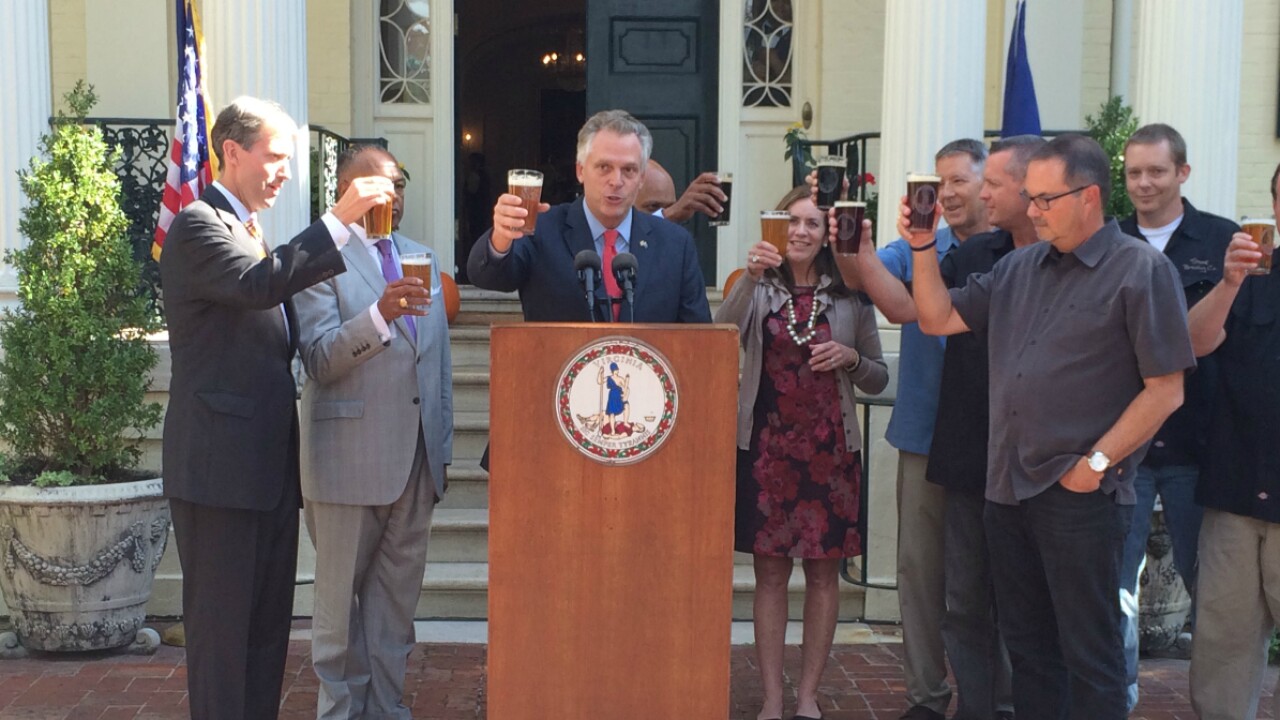 RICHMOND, Va. — It’s official. After months of speculation, San Diego-based Stone Brewing Co. announced it will build and operate an East Coast brewery in Richmond. The $74 million project is expected to employ nearly 300 people when it opens in late 2015 or early 2016.

“The search for our location east of the Mississippi River was no easy endeavor,” Stone President and Co-founder Steve Wagner said in a statement. “We received and reviewed hundreds of proposals, visited more than 40 sites and received quite a bit of attention from communities and craft beer fans.”

“This competitive, high-profile project really puts Virginia on the map and cements our standing as a serious player in the craft beer industry,” Governor McAuliffe said in a statement.”Today’s announcement marks the fruition of months of partnership and aggressive efforts to show Stone Brewing Co. that Virginia is the best state for its new craft beer production and hospitality facility.”

Stone’s 200,000 square-foot brewery and distribution facility is slated to be built in Fulton.  The company plans to build a Stone Brewing World Bistro & Gardens restaurant a year or two after the brewery opens.

“The fact that they have chosen a site in the Greater Fulton Community underscores their understanding of the rich history and natural assets that we have to offer,” Richmond Mayor Dwight Jones said in a statement. “As they bring their unique craft beer and visionary business model here, I look forward to the many opportunities that lay ahead with Stone.”

Stone is the 10th largest craft brewery in the United States.

“We look forward to becoming an integral part of the lively craft beer community in Richmond, the state of Virginia and the entire eastern U.S.,” Stone CEO and Co-founder Greg Koch said in a statement.

Are you excited about Stone’s announcement? Click here to tell us why (or why not).