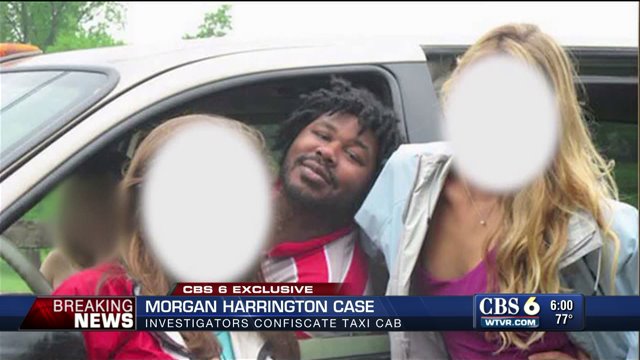 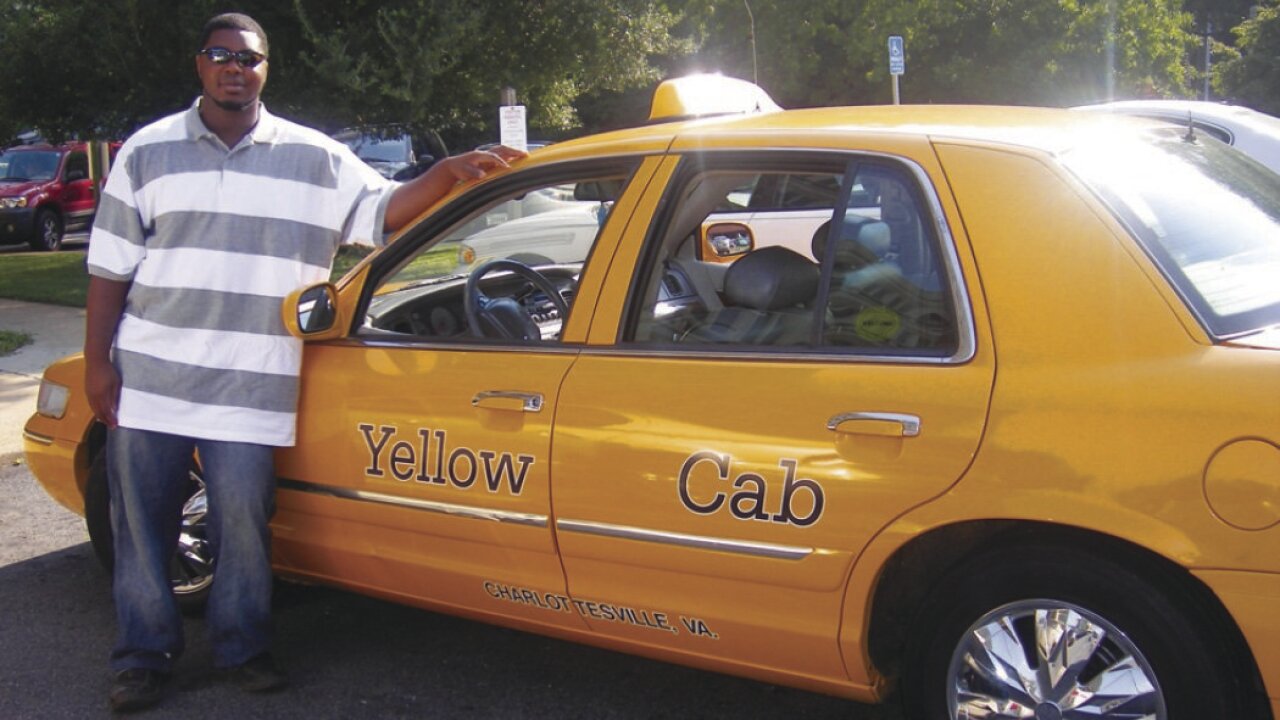 Those sources indicated Matthew was among the cab drivers who police interviewed after Harrington disappeared. Virginia State Police was not the agency that interviewed Matthew.

As CBS 6 News reporter Laura French first reported that forensic evidence also links Matthew to Harrington on the night she vanished, French has also learned that investigators have interviewed at least 20 other cab employees from around Charlottesville to learn more about that October night as they did after Harrington went missing after leaving the John Paul Jones Arena.

Sources said Jesse Matthew was one of the cab drivers on the road  on Oct. 17, 2009 five years ago.

Career cab Driver Melvin Carter, who knew Matthew, said he reached out to investigators five years ago after being questioned about local cab companies.

Sources also confirmed that the cab that Matthew drove in 2009 was seized by authorities from a farm two weeks ago as part of their active investigation.

"He could have made an impression on her. Because what I heard from her mental state, she was upset. So she may have found someone who was loving and trusting and comfort her," Carter said.

Those close to Matthew in 2009 when Harrington disappeared, told CBS 6 News that they informed investigators that they would joke with their former co-worker that he resembled a sketch of the man linked to a 2005 rape in Fairfax -- and the man linked to Harrington. They said Matthew would at times brush it off. But at other times, they said Matthew would get visibly upset and disappear for hours.

Dan Harrington, Morgan Harrington's father, said he is encouraged by this latest possible break, but said that the news is still bittersweet since his daughter was murdered.

But the family has been waiting for this, and as more pieces of the puzzle are coming together, that opens more doors as investigators build their case to find justice for his daughter.

As the search for a missing University of Virginia student entered a third week on Sunday, Charlottesville Police Chief Tim Longo vowed to keep combing the countryside for Hannah Graham.

Longo said the search will not end until they find Graham.

There were about 60 Virginia State Troopers on the ground searching alongside other specialized teams out for another daylong search for the missing student on Sunday.

One member of the search team likened the hunt to searching for the bread crumbs that will lead them to Hannah in this puzzling case. For example, any clue could help find her. From her cell phone to shoes, investigators said those things would point crews in the right direction.

The department has received 3,300 tips and has covered 700 square miles.

“Every square inch of Albemarle County will be searched this weekend,” Longo promised.

Through dense terrain and open fields, officers from all over the state were on foot and on ATVs. Additionally, officers on horseback joined the search Monday. And a drone had also been used in the search.

How easily was Jesse Matthew’s DNA taken and tested in Hannah Graham case?

The arrest of Jesse Matthew has raised questions and inquiries as to the nature of DNA, how it is collected and from what is it collected and tested.

“If I put my hand on this car door, DNA is left behind,” Banks said.

Banks said DNA is typically left in cars on seat belts and arm rests getting in and out.

“I’m an old geezer – hair can be falling out,” Banks said. “One single hair can prove the fact at least I was here.”

In terms of extracting DNA, Banks says it is typically done using a black light and cotton swab.

After that, the cotton swab is taken to a DNA lab where it is placed in a reagent for several hours. At that point, the liquid is able to be analyzed by a machine to determine any potential match.

Arcpoint lab specialist Michelle Smith, who works with DNA in determining paternity tests, says the biggest error comes in the collection of the cells, when cotton swabs may contain more than one person’s DNA.

“It could possibly interfere with the accuracy of the results,” Smith said.

Sources close to the investigation confirmed to CBS 6 reporter Laura French that Jesse Matthew Jr. has been forensically linked to the 2009 disappearance of 20-year-old Virginia Tech student Morgan Harrington.

Matthew is the primary suspect in the case of missing 18-year-old University of Virginia student Hannah Graham. Graham was last seen leaving a bar with Matthew, on Sept. 13.

Officials at Christopher Newport University confirmed they opened a disciplinary file on Matthew.  for a reported sexual assault that happened in 2003, when he was briefly a student there and a member of the football team.

Matthew, age 32, is currently charged in the abduction, with intent to defile, of missing University of Virginia second-year student Hannah Graham.

“Students don’t usually leave in the second month of the semester or leave the football team within a month,” wrote a university official in a press release.

There is a single file related to Matthew at CNU. However, the University said they are withholding this record pursuant to the exception from mandatory disclosure, in cooperation with law-enforcement agencies.

Matthew also was questioned in connection with an alleged sexual assault nearly 12 years ago, authorities said.

But no charges were filed because the woman didn’t want to go forward with the case and investigators determined there wasn’t enough evidence to arrest Matthew, said Michael Doucette, the commonwealth’s attorney for Lynchburg, Virginia.

According to a statement from Lynchburg police, the woman reported she was raped on the campus of Liberty University on October 17, 2002.

Matthew told authorities that the woman consented, Doucette said, adding that there were no witnesses.

Matthew’s father spoke publicly, for the first time, to CBS 6. He said his son would not have harmed Graham.

“For a big man, he’s as gentle as they come,” Jesse Matthew Sr. said. “The only thing I could see, him, maybe trying to give the girl a ride or help her out.

“To kill or hurt somebody, that’s not my son.”

Matthew’s Virginia-based lawyer had little to say about his client when approached outside his Charlottesville office.

“I am Mr. Matthew’s attorney,” James Camblos said. “I was hired on Saturday. That’s the only thing that I’m going to confirm at this point. The family and I — nobody is making any statements at this point in time. We might later on, but right now we are not.”

Matthew willingly went to a police station, along with several family members, walking through the front door and asking for a lawyer, Longo said. There was no warrant for his arrest at that time.

Matthew and the lawyer spoke and then left, the police chief said, giving detectives no clearer picture of what may have happened the day Graham disappeared. Because he has retained counsel, police cannot question him.

Parents Plead: 'Come Forward and Tell Us Where Hannah Can be Found'

The 18-year-old was last seen spotted exactly three weeks ago in the early hours of Saturday, Sept 13 on Charlottesville’s Downtown Mall.

“Somebody listening me today either knows where Hannah is or knows someone who has that information,” Sue Graham said fighting back tears. “We appeal to you to come forward and tell us where Hannah can be found.”

John Graham, who first spoke publicly almost two weeks ago, sits beside his wife’s as she delivers the powerful statement.

“John has already said that this is every parent’s worst nightmare. That is true. But it is also nightmare for  our son, James, for Hannah’s grandparents, and other members of our family as well for Hannah’s many friends here in Charlottesville and beyond,” Sue Graham said.

Graham also said that despite an individual has been charged in Hannah’s abduction, and the massive search efforts, no trace of Hannah has been found.

“Help end this nightmare for all of us. Please help us to bring Hannah home,” Sue Graham begs as her husband takes his wife in his arms.

Depend on CBS 6 News and WTVR.com for the latest developments in this important story.