HAMPTON ROADS, Va. — An afternoon crash left part of a tractor-trailer hanging from the side of the bridge on I-664 northbound at the Monitor Merrimac Memorial Bridge-Tunnel.

State Police stated that no vehicles went into the water, the U.S. Coast Guard responded along with other agencies to assist.

Several other vehicles were involved in the incident due to debris.  All occupants and drivers are accounted for. Only minor injuries were reported. 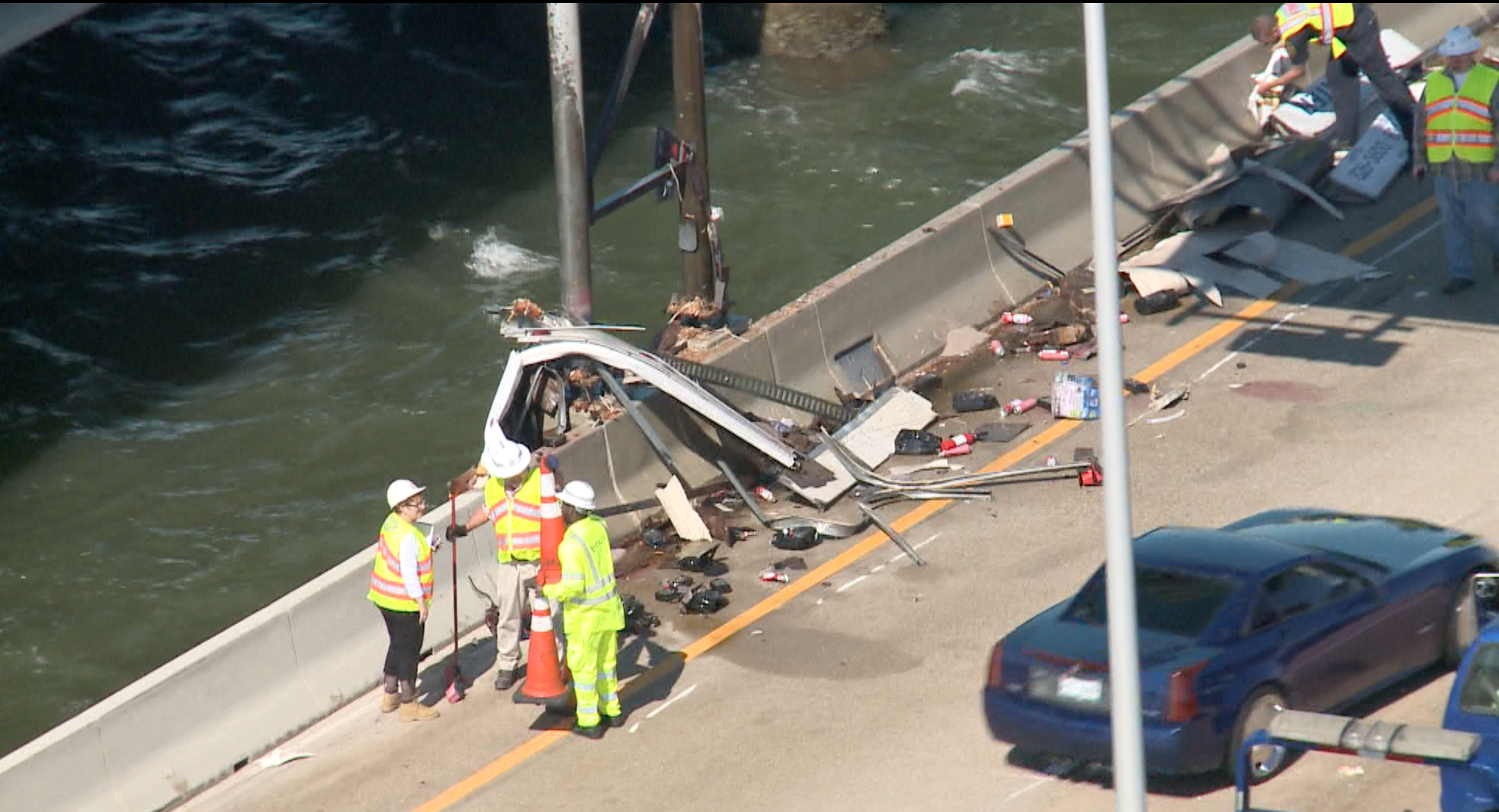 The driver of the tractor trailer was not injured, but the vehicle was totaled during the incident, according to a report on WTKR.com.

Traffic back ups are expected, as the left lane remains closed for clean-up going into rush hour commutes.

Please expect delays and avoid the area if possible, VDOT says. The James River Bridge opening, originally set for 2 p.m., has been delayed until 3 p.m.

Additional updates will be posted as they become available.