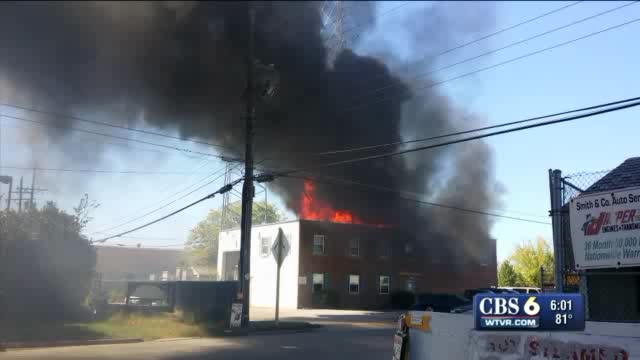 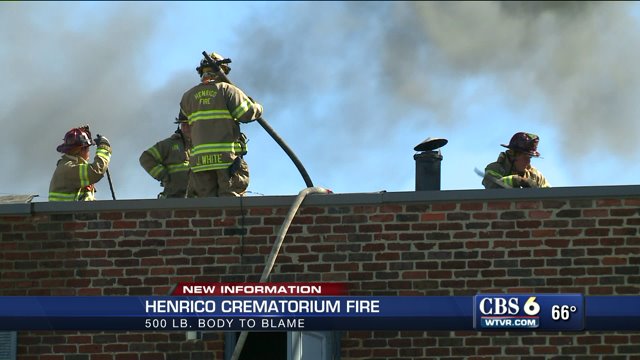 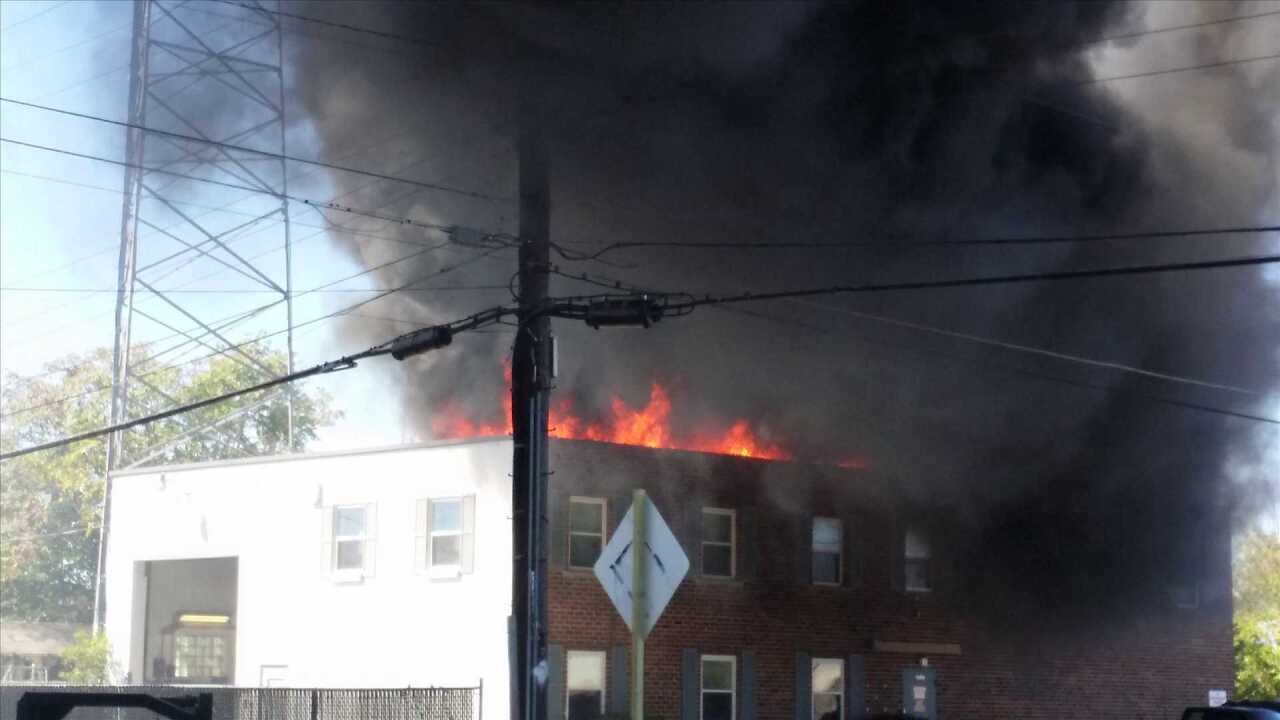 HENRICO COUNTY, Va. -- A fire that damaged the roof at Southside Cremation Services on Crump Street in eastern Henrico was likely sparked by a "rather large body," according to fire investigators.

The fire started when the furnace used to cremate the 500-pound body got too hot, Henrico Fire spokesman Capt. Daniel Rosenbaum said.

"The Henrico Fire Marshal’s office has determined the cause of the fire to have been accidental in nature," Rosenbaum wrote in an email. "The rubber roofing near the smoke stack was ignited by the heat of the stack."

Three people inside the building made it out of the building unharmed. Fire crews from both Henrico and Richmond quickly got the fire under control and extinguished, Rosenbaum said.

Jerry Hendrix, Operations Manager of Southside Cremation Services said he has never had anything like this happen in the 20 years he has been there.

He said the body weight at least 500 pounds.

"The man was a little larger than what we had done in the past," said Hendrix.

The body of an "average-size adult" takes two to three hours to cremate in a 2,000-degree crematory, according to the Cremation Society of Virginia's website. Larger bodies take longer.

"When the person is too heavy, the guy running the crematory needs to not have continuous heat coming down on the body. Otherwise it would get too hot," Emory Sanford , with Windsor Crematory in Brunswick, Virginia, said.

Sanford, who said he had been in the business nearly 10 years, added a person who weighed 300 pounds or more could take four to five hours to cremate.

"When we have a heavy person, it will be our first cremation of the day," Sanford said.

Lynne Helmick, the Deputy Executive Director of the Boards of Funeral Directors and Embalmers, said cremation facilities do undergo state inspections, however she was unable to provide details into the last time Southside Cremation Services was inspected.