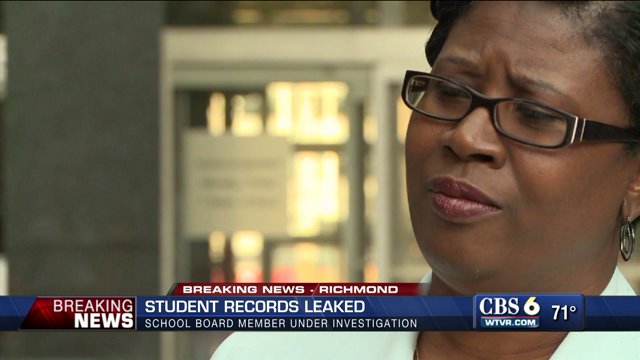 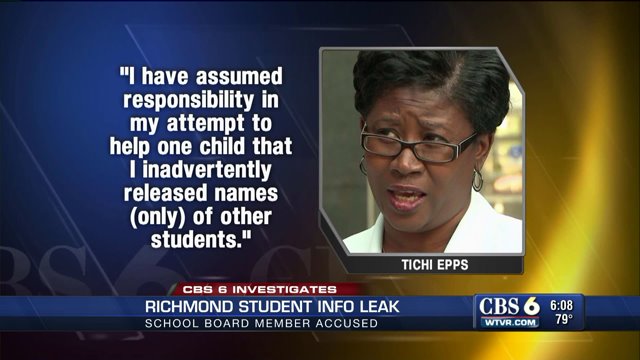 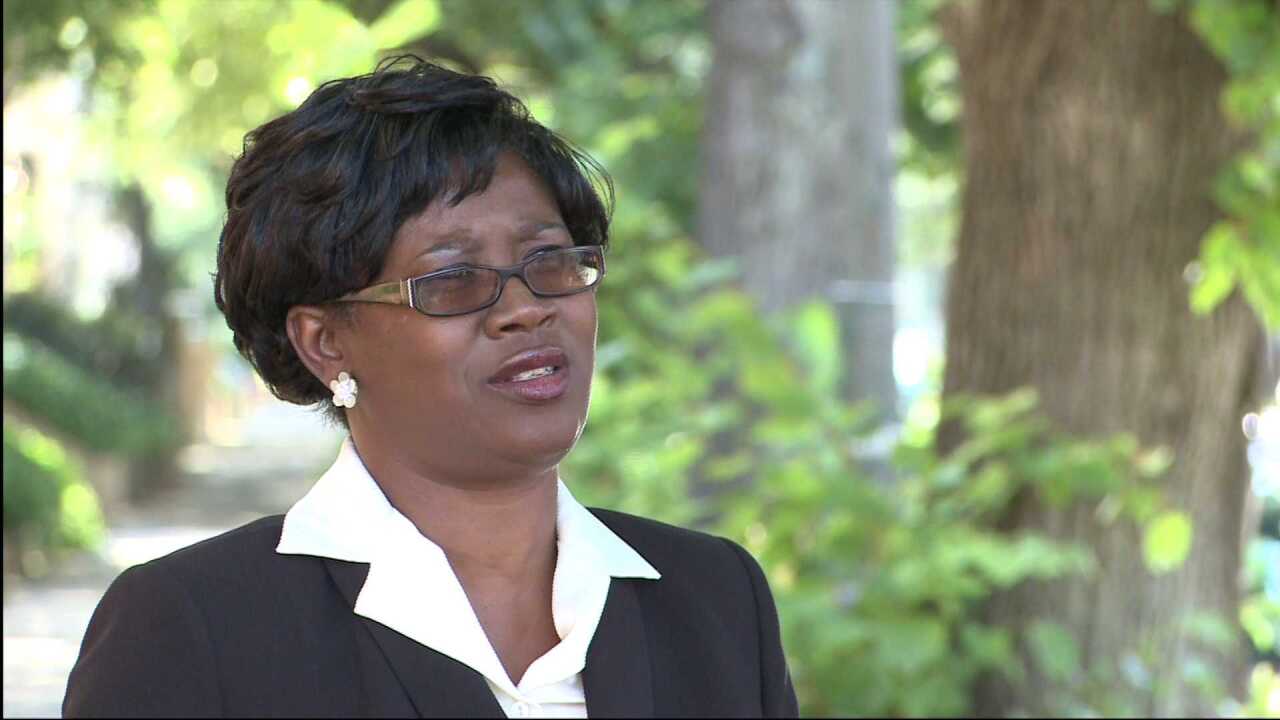 RICHMOND, Va. -- Some school board members want one of their own to consider resigning in the wake of confidential information being leaked.

School board member Tichi Pinkney Eppes  was pinpointed as the member responsible for the breach.  Pinkney Eppes compromised approximately 20 confidential student files, noted in a statement released by the school board.

CBS 6 learned those students are some of the most "vulnerable" in the school system and that they would have attended a disciplinary meeting sometime in the month of September.

That vendor alerted RPS administration officials, because they could not open the file. When the IT department was initially brought into the situation, they  thought the system had been compromised, or hacked.

"We would never, under any circumstances, release private disciplinary files to an outside company," said school board member Kim Gray.

Such files could potentially provide Medicaid vendors with a client list.

"We can not maintain the trust of the public if she remains on the board," said Gray.

All affected students will be contacted by their school administration.

Pinkney-Eppes maintains that she was attempting to help just one child when she inadvertently released more files.

"I have assumed responsibility in my attempt to help one child that I inadvertently released names (only) of other students," Pinkney-Eppes wrote in a statement.

"The Administration is following up with those parents.  It is very disheartening that matters that were discussed in the closed session of the school board meeting have been violated and breached for political sensationalism, as well. "

The matter is under investigation.

"It is difficult to believe," school board vice chair Kristen Larson said - questioning the accuracy of Eppes' version of events.

Larson told CBS 6 an internal investigation is presently under way and that the police have not yet been called.

"This is the most serious issue I have dealt with," Larson said.

Bosher said the most damaging portion of the allegations is that if student records were in fact leaked to a Medicaid vendor, that vendor could have a list of potential clients.

As of right now, the Board is not scheduled to meet until it's next regularly scheduled meeting as possible sanctions are debated by members internally.

The school board statement is below, in its entirety.

On October 6, 2014, the Board was informed of a breach of confidential student information by Board Member Tichi Pinkney Eppes.  We are very concerned about this breach of information and do not condone this action.  We are working closely with RPS administration to gather the details of the breach.  At the current time, we estimate that approximately 20 student records were compromised.  We are dedicated to fully investigating this matter to ensure that all student records are held to the highest state and federal standards of confidentiality.  We will continue to keep all stakeholders updated on this issue as public information becomes available. Parents of the affected students can expect to receive written notification this week from RPS administration and are encouraged to contact the Department of Academic Services at (804) 780-7700 if there are additional questions or concerns.