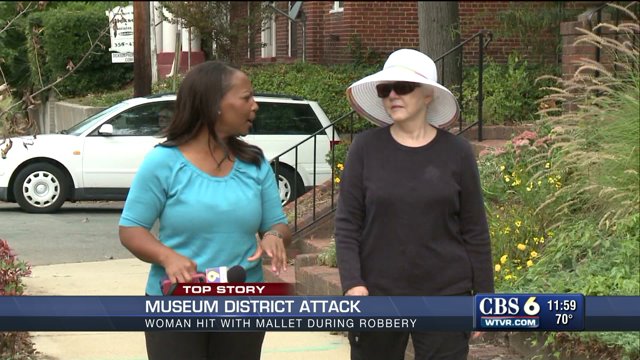 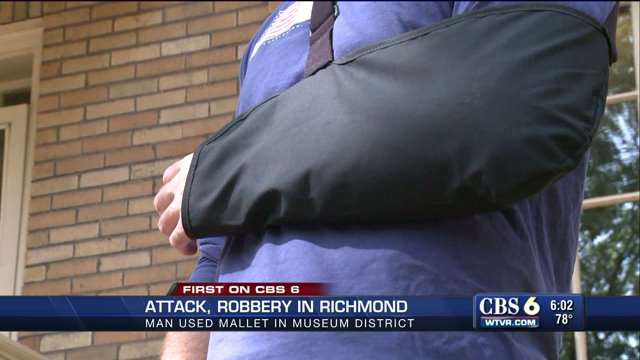 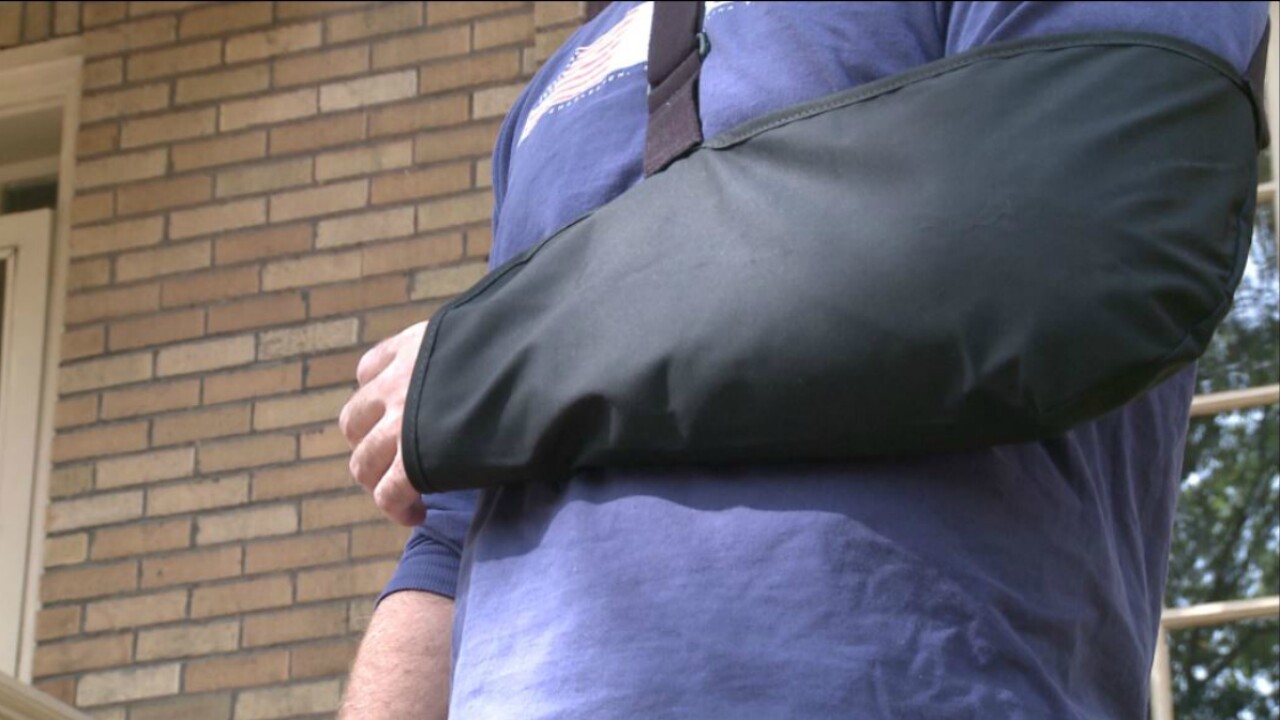 RICHMOND, Va. -- A man and woman were attacked by a robber with a mallet as they walked home to the Museum District from Carytown .

"I've lived in New York and I've lived in L.A. and nothing ever happened," the 28-year-old male victim told CBS 6 reporter Wayne Covil. "To be in the Museum District and to not just get robbed, but to have someone come at you with a hammer. I am still a little bit in shock."

The man and woman were walking along the 3100 block of Hanover Avenue just after 11 p.m. when they heard someone approach from behind.

Anyone with information about the crime was asked to call Crime Stoppers at 804-780-1000.

"She made a noise that made me aware of someone walking up," he said. "I turned enough and ducked, so he did not hit me in the head. He hit me in the shoulder. It knocked me down. That's when he turned on her."

The man said the robber used the mallet to hit the woman, also 28, with one hand and stole her purse with the other hand. The woman was rushed to the hospital where she received more than 25 stitches in the back of her head, her best friend said.

"I did not really think the Fan/Museum District/Carytown area was sketchy at all," the friend, who is caring for the robbery victim, said.

Police described the attacker as a 20 - 30-year-old black man wearing a white t-shirt and white baseball hat. Anyone with information about the crime was asked to call Crime Stoppers at 804-780-1000.

One neighbor learned about Monday's violent attack while she went on a walk Tuesday.

"It makes me very sad because I've always lived here and growing up we didn't even have to lock our car doors," neighbor Jeanie said. "I don't know what makes people go berserk and do things like that. I really don't."

This man injured his shoulder in Monday's mallet attack. His friend suffered a serious head injury.

The man whose shoulder was injured in Monday's attack offered a bit of advice to anyone who planned to walk the streets of Richmond at night.

"You have to be conscious when you're walking around at nighttime," he said. "Either be in a big group or take an Uber."