Same-sex marriage can begin at 1 p.m. in Virginia 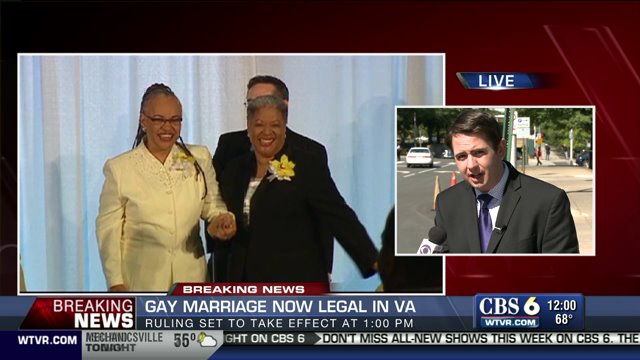 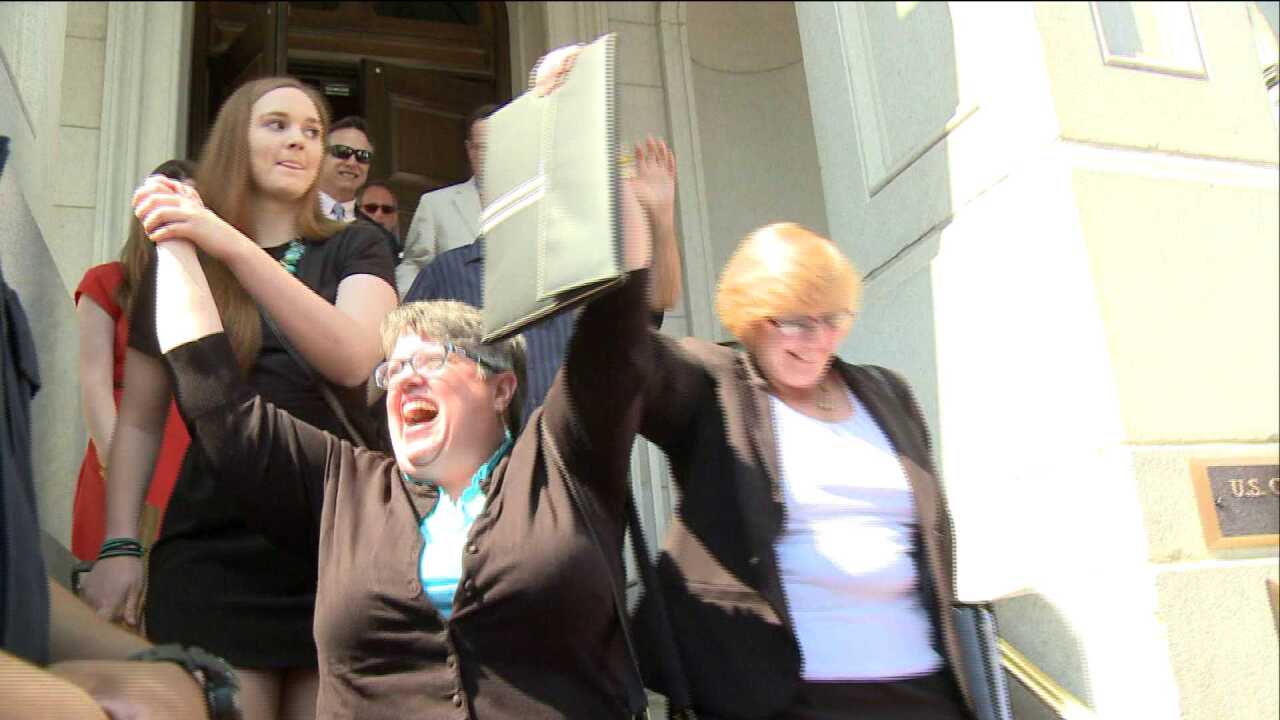 "The Fourth Circuit is expected to issue its mandate at 1 p.m., meaning marriage licenses for same-sex couples can be issued at that time and the Commonwealth will recognize all marriages that were lawfully performed in other states," a statement from Herring's office indicated. "Local clerks are receiving guidance and forms necessary to begin performing marriages today, and the Attorney General's Office is working with the Governor's Office and state agencies to implement any needed changes in light of this action."

The 4th Circuit says their mandate will issue at 1 PM & marriages can then begin. What a momentous & joyous day for thousands of Virginians.

An announcement earlier Monday by the U.S. Supreme Court that it would stay out of the same-sex marriage debate helped pave the way for Monday's developments in Virginia. The brief order from the justices denying review of pending appeals came as a surprise to many advocates on both sides.

Biggest difference in marriage forms is that the word bride and groom are replaced with the word "spouse" pic.twitter.com/iVwIOjqRA5

"All Virginians have the constitutional right to be treated fairly and equally, to have loving, committed relationships recognized and respected, and to enjoy the blessings of married life. We should all be proud that our fellow Virginians helped lead us forward," Herring said in a statement."This is a tremendous moment in Virginia history. We will continue to fight discrimination wherever we find it, but today, we celebrate a moment when we move closer to fulfilling the promise of equality ignited centuries ago in Virginia, and so central to the American experience."

"I am disappointed that the United States Supreme Court declined to hear these cases," Virginia House Speaker William Howell (R - Stafford) said in a statement. "The debate over Virginia's constitutional amendment defining marriage needs a clear and decisive resolution from the Supreme Court. The Court’s decision today leaves Virginians without an affirmative answer on this issue, unnecessarily prolonging the political debate and creating long-term uncertainty regarding the status of same-sex marriages in Virginia depending on the outcome of litigation in other parts of the country."

Howell added  Attorney General Herring "refused to defend a duly-adopted provision of Virginia’s Constitution, unilaterally placing his personal, political views ahead of the people and their elected representatives."

The clerk of Richmond Circuit Court said the paperwork is ready to go and the staff on hand to handle the potential rush of same-sex marriage license requests once the attorney general gives the go ahead.

"I applaud all of the Virginians who gave so much time and effort in the fight for equality, and congratulate my friend Attorney General Mark Herring on this important victory for justice and equal treatment under the law," Virginia Governor Terry McAuliffe said in a statement. "Equality for all men and women regardless of their race, color, creed or sexual orientation is intrinsic to the values that make us Virginians, and now it is officially inscribed in our laws as well."

#RVA circuit court says they'll likely go with plan they previously had prior to stay in case. Paperwork is ready, and staff on hand @CBS6

Here is one of the new application for marriage in #rva pic.twitter.com/4U3isgEBaH

"Equality Virginia is overjoyed that loving lesbian and gay couples can now marry the person they love in the place they call home," Equality Virginia communication's director Kirsten Bokenkamp said in a written statement. "After decades of work to change hearts and minds, the freedom to marry is now a reality.  This is such an exciting and historic day, and we are thrilled for the thousands of couples whose relationships - and families - will now be recognized by the Commonwealth of Virginia!  This day will be celebrated for a long time to come."