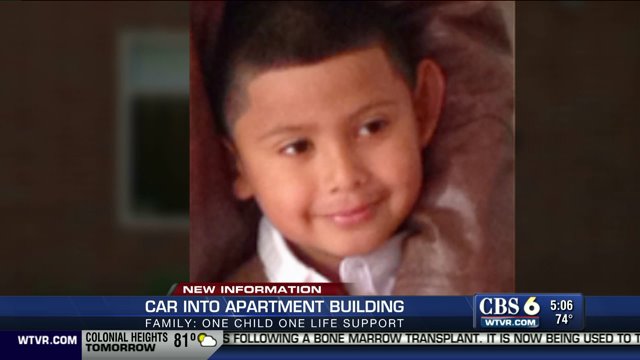 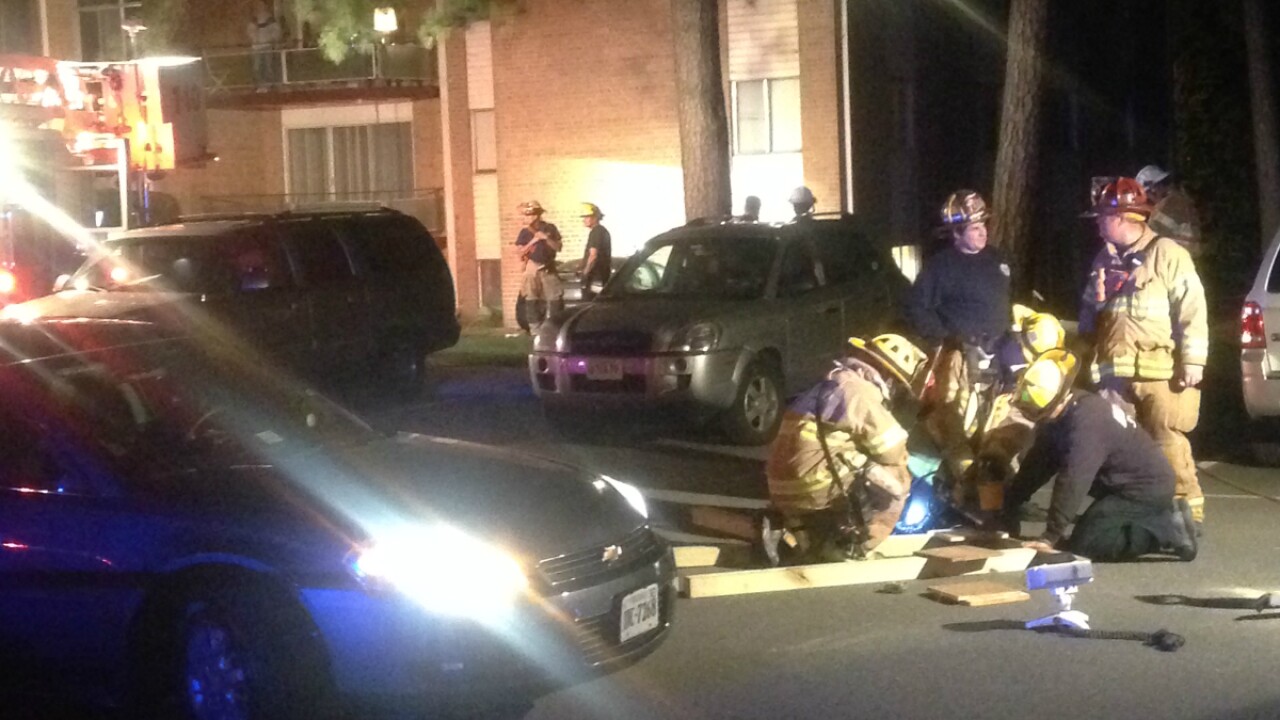 HENRICO COUNTY, Va. -- Family members say a car plowed through a  West End apartment building Sunday evening and landed on top of a mother and her two children lying in their bed.

Henrico fire crews said the car was headed west on Three Chopt Road when it smashed through a building at the Three Chopt West apartment complex, which is across from Douglas Freeman High School,

Officials said the mother and her two children were in bed when the car smashed through the wall of the first-floor apartment around 6:30 p.m.

When crews arrived, they found the woman and one of  her children trapped underneath the car in their bedroom.

"Fire crews worked quickly to free the two trapped individuals," Capt. Daniel Rosenbaum with Henrico fore wrote in a news release. "The first patient was extricated in four minutes and the second took an additional 10 minutes to free."

Ezekiel remains on life support after a car plowed into the apartment building where he lives with his mother and younger brother.

Family members told CBS 6 reporter Joe St. George that the car landed on top of a six-year-old boy and his 29-year-old mother. They said a three-year-old boy was also in the bed, but was not pinned.

All three victims were rushed to the hospital.

Rosenbaum said Monday morning that the six-year-old was in critical condition. The boy's mother and three-year-old brother were listed in stable condition.

The six-year-old, Ezekiel,  is on life support. He took the worst of it, said a family friend.

The driver of the car was also taken to VCU Medical Center in stable condition.

Shayna Palmer, who captured the emergency rescue on her camera, described the terrifying moments after the driver barreled into a basement home, pinning a mother and her son underneath the car.

"I was just hoping the boy was going to be ok, but it didn't look promising,” said Palmer. “It was soaked in blood. There was a lot of blood on the mattress.”

Henrico fire's technical assistance team worked to stabilize the building so other residents could return home.

There is no word yet on what caused the accident, but neighbors said a speed bump had just been installed.

Stay with WTVR.com for updates and watch CBS 6 News for continuing coverage of this story.

On the scene of breaking news in Henrico. A car goes into apt building 2 children pinned underneath pic.twitter.com/xvJ0wgXWib