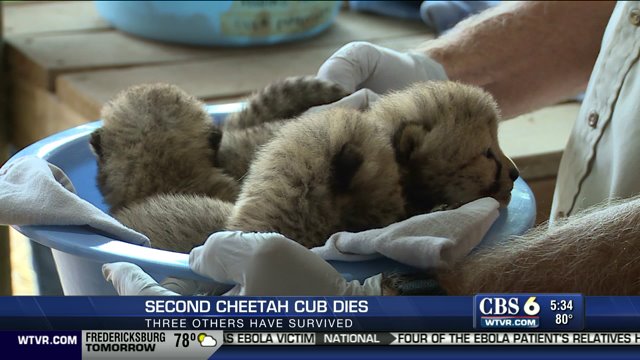 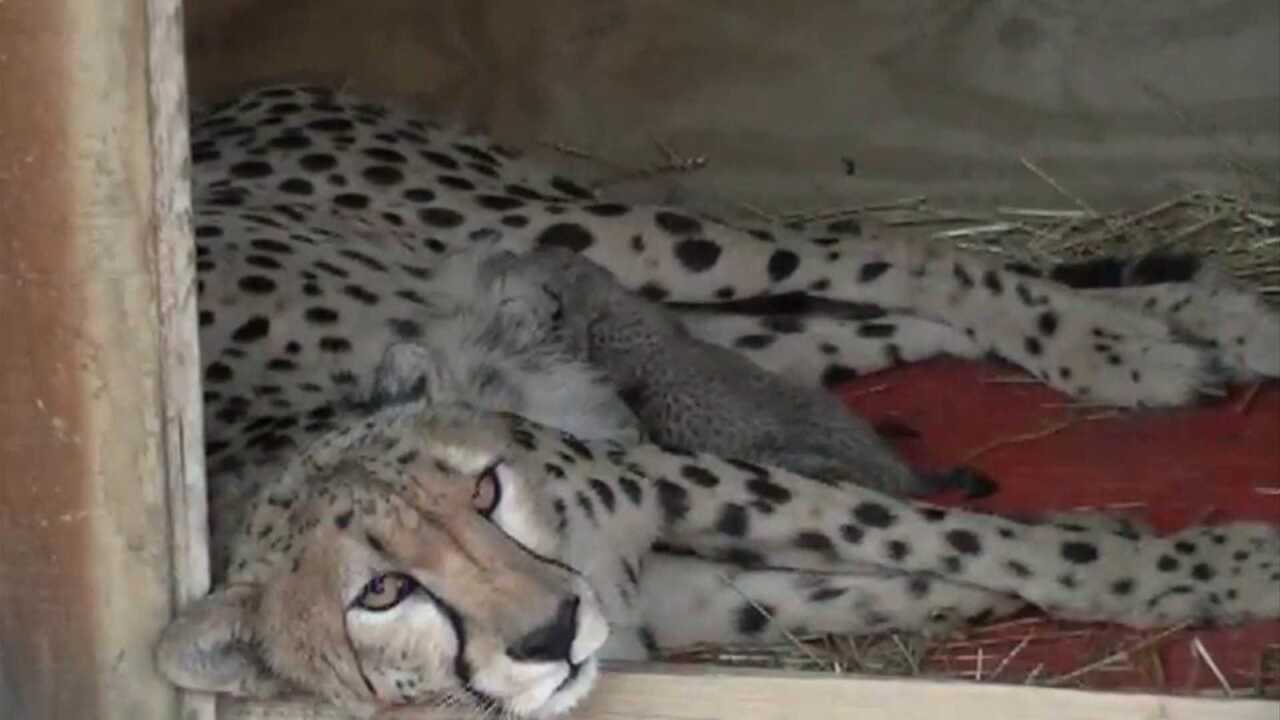 Zoo Director Jim Andelin shared the news while the cheetahs were getting their two-week check-up Thursday.

Andelin said that the cub was losing weight, and despite around the clock care, she passed away.

The other three cheetahs appear to be growing steadily and recently opened their eyes. The two runts of the litter had problems from almost the start, the first having to be euthanized three days after birth.

"You have the best zoo around, I'd much rather come here than the Baltimore Zoo" said Maryland visitor Maria Carmadella, while holding her young son.

"This place is so great, because it is very interactive and we get to feed all the animals," she said.

The zoo is relaunching the cheetah cam, so you can watch them anytime on the Metro Richmond Zoo website.

This is the second time in about one year the Metro Richmond Zoo has been successful in breeding cheetahs at their location.