‘He’s as gentle as they come,’ says dad of abduction suspect in Hannah Graham case 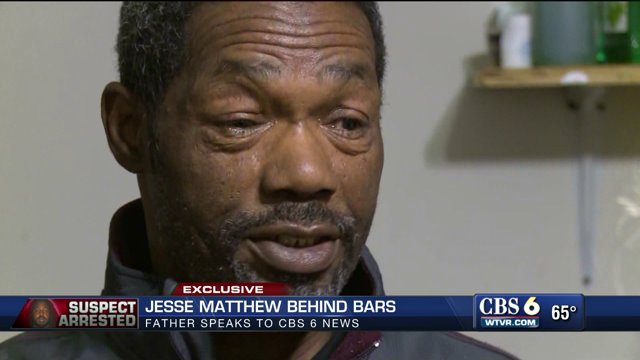 The father of Jesse Leroy Matthew Jr. said in an interview with CBS 6 that police have the wrong guy. 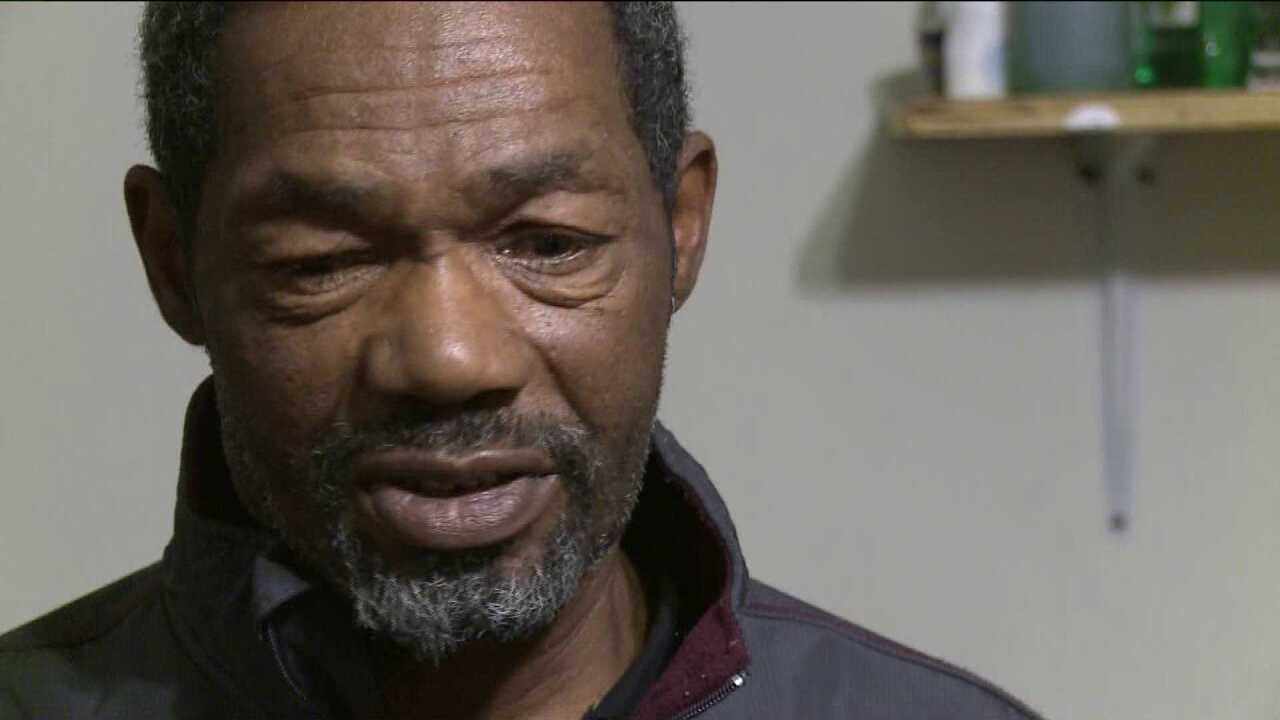 CHARLOTTESVILLE, Va. – The father of Jesse Leroy Matthew Jr. said in an interview with CBS 6 that police have the wrong guy.

“To kill or hurt somebody, that's not my son,” said Jesse Matthew Sr., from his room where a picture of his son hangs.

He described the two of them as very close, and said they enjoy watching football together. He said that's what the two did together, the last time he saw his son – two weeks ago.

His son is a suspect in the missing person’s case of Hannah Graham, an 18-year-old University of Virginia student who hasn’t been seen since early Saturday, Sept. 13.

Police said the last person she was seen with was Matthew, who witnesses said bought drinks for himself and Hannah at a restaurant in downtown Charlottesville.

And he’s not the only person saying that.

@MelissaCBS6 @CBS6 I know quite a few people that know him and they all say the same thing. So sad. #FindHannahGraham

Matthew played football for Liberty University, and most recently volunteered part time as a football coach at a prestigious Christian Liberal Arts and Sciences private school.

His dad pointed out that shows how caring and helpful his son is, not a violent person.

“The only thing I could maybe see him trying to give the girl a ride to help her out,” he said.

Matthew Sr. said he had urged his son to turn himself into police, and that he was worried for his safety.

But Matthew Jr. did not listen to his dad, who was emphatic that he had no idea where his son had gone.

Now that Matthew Jr. is in custody, his dad said he hopes the son he considers a “teddy bear” will be cleared of any wrongdoing.

“We'll be right behind you no matter what,” he said to his son.

“I believe Jesse Matthew was the last person she was seen with before she vanished off the face of the Earth,” the police chief said Sunday. “We want to talk to him.”

Graham and Matthew were seen leaving the bar together, and Matthew drove away in his Chrysler coupe that was parked near the bar, and police said they have “every reason to believe” Graham was in the car, too.

Matthew came into police headquarters on Saturday, Sept. 20, and asked to speak with a lawyer.

He hired James Camblos, the attorney said. But then Matthew left without speaking to police, or his lawyer. Police who were overtly following Matthew said he took off at such high speeds they could not safely pursue. At that point police issued two misdemeanor warrants for speeding.

Shortly thereafter he was named a person of interest. Then two days later, as forensic evidence from Matthew's car and home came back to police, a felony arrest warrant was issued.

That is when Matthew was charged for abduction with intent to defile -- more than 10 days since she was last seen with him leaving a restaurant.

The city of Charlottesville, the University of Virginia and the local community have contributed $100,000 to a reward for “information leading to the cause” of Graham’s disappearance.

“Every person within the sound of my voice, help us find Hannah,” said Charlottesville Police Chief Longo, at the press conference announcing Matthew had been captured in Texas.

He also said the case is no where near over and that there is a long road ahead once Matthew is extradited. The chief said they will make an announcement when he is brought back.