Hannah Graham’s parents say she left her ‘guardian angel’ at home before returning to UVa. 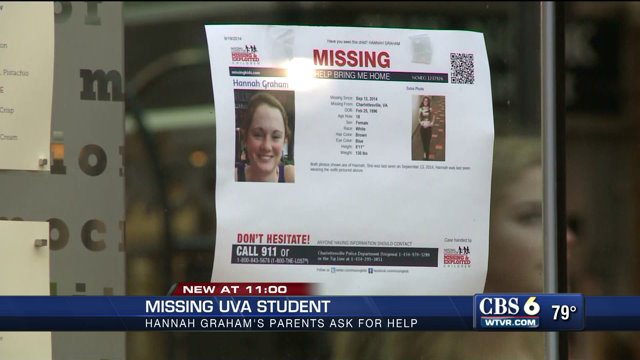 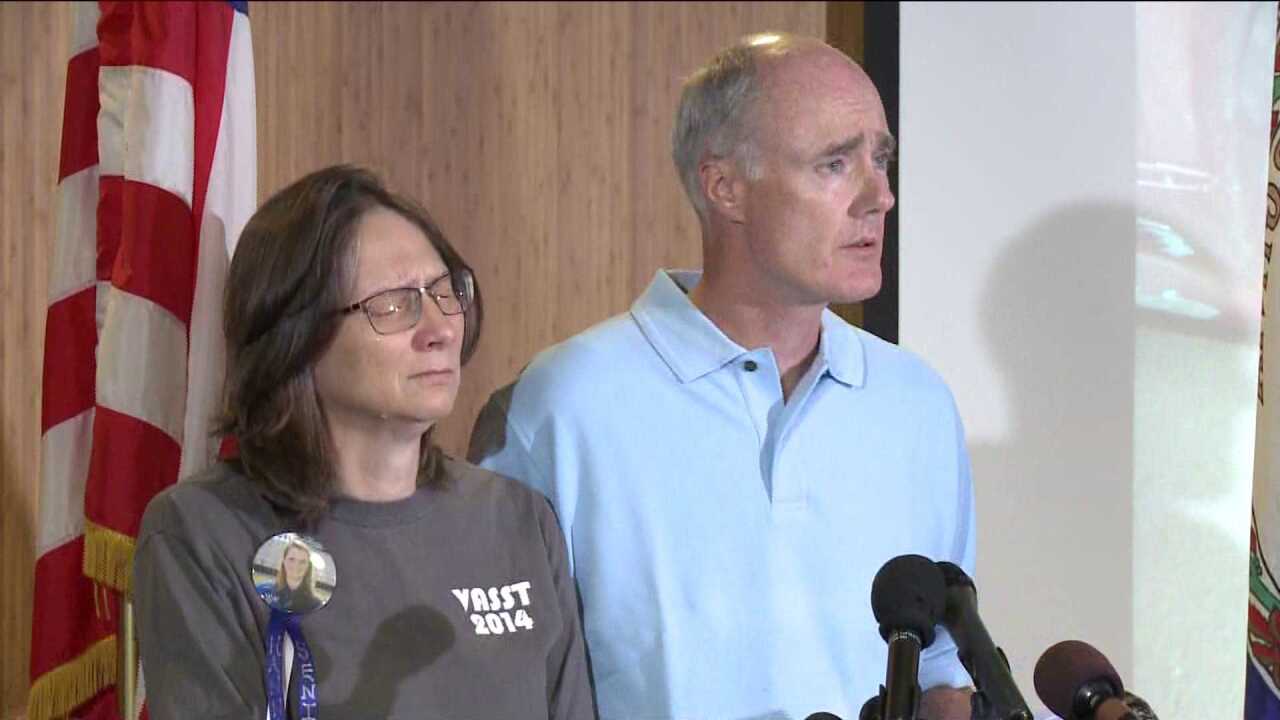 CHARLOTTESVILLE, Va. -- Hannah Graham's parents addressed the public for the first time Sunday when they appeared at a news conference to ask for information about their missing daughter. John Graham spoke lovingly of his 18-year-old daughter. His wife Sue stood by his side.

John Graham asked anyone who had information into the whereabouts of Hannah Graham daughter, a second-year University of Virginia student, to come forward.

"This is every parent’s worst nightmare," John Graham said. "We need to find out what happened to Hannah to make sure it doesn’t happen to anyone else."

The Grahams thanked the more than 1,200 volunteers who spent the weekend searching for any clue that could help solve the mystery of what happened to Hannah.

“We have been utterly overwhelmed this week by the generosity of spirit of everybody we have met – and many more besides whom we've been unable to meet," he said. "We understand that over a thousand volunteers have been out combing Charlottesville, looking for our girl, yesterday and today.”

The couple also spent part of Sunday searching for their daughter.

Graham's parents shared some favorite memories of their daughter – describing her as someone who loved helping people.

“Last Spring Break, instead of hanging around on the beach, she spent a week in Tuscaloosa rebuilding houses,” her father said.

John Graham then pulled out a small, stuffed animal. Hannah's favorite stuffed animal, BB, was given to the girl when she was less than a week old. But the pair became separated when he dropped his daughter off at UVa. for the start of the semester.

"When I returned home, Hannah had left this little guy behind," he said. "She was her guardian angel until she returned to school last month."

Hannah had once lost BB as a child, but the animal was safely returned to her.

"Sue and I are utterly overwhelmed by this support for Hannah. We thank you from the bottom of our heart," Graham said. "All we want to do now is bring Hannah home safely."

Hannah's father shows reporters her favorite stuffed animal that she had as a toddler. Recently, returning to UVA leaving it behind. @cbs6

A $50,000 reward is now being offered in hopes of soliciting tips that could lead police to Graham.

The City of Charlottesville and the University of Virginia are each offering $10,000. In addition, some local residents and businesses have contributed $30,000 to the reward.

If you have information that could help investigators, call the special Hannah Graham tip line at 434-295-3851.

All surveillance videos can be seen here.

All reports filed on this case can be found here.