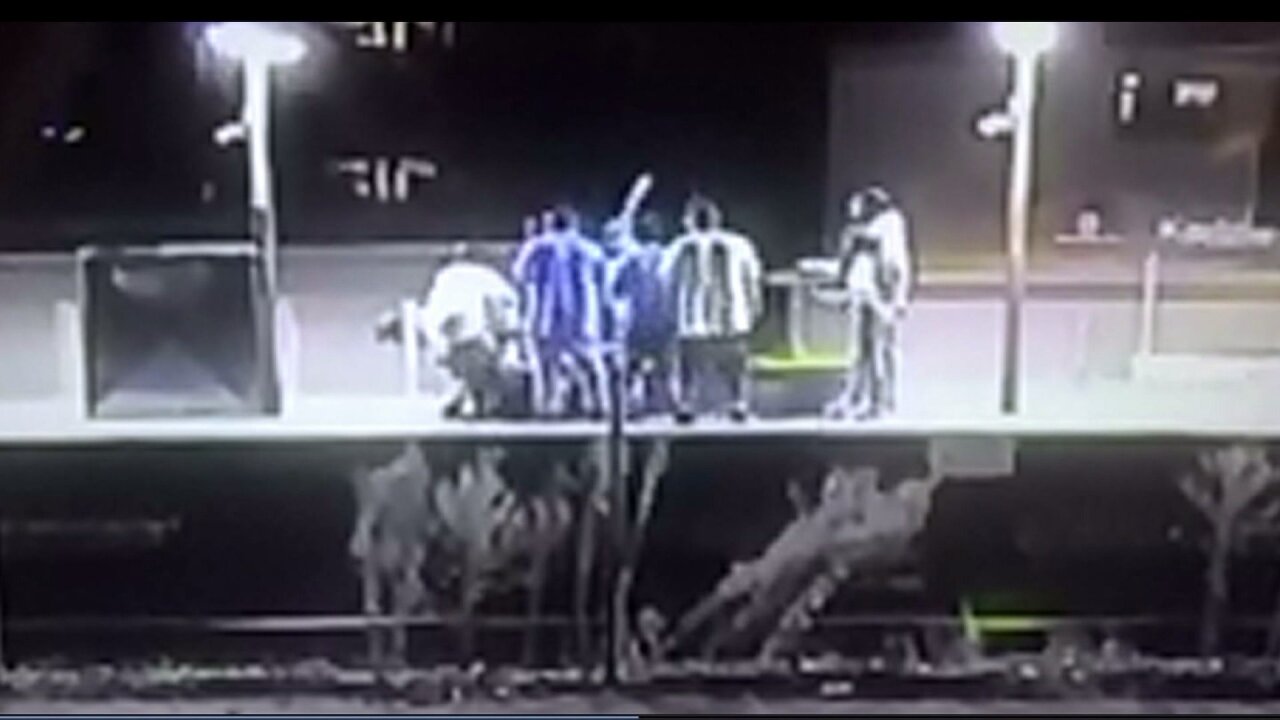 CHICAGO — Seven people were charged in a brutal attack on a Chicago Brown Line platform where one person was cut in the head with a machete.

The attack happened at around 12:30 a.m. Monday, as a 26-year-old man and a 17-year-old boy waited for the Brown Line train to arrive.

A group of seven, six males and one female, surrounded them on the platform and someone in the group told them to flash their gang signs. They refused, telling the group they were not in a gang.

That’s when police said Mario Elvira, 18, pulled out a machete and started swinging.

He struck the 26-year-old man according to police. The machete left deep cuts to the man’s neck and head. He continued to violently swing the weapon until the next train showed up on the platform and the group ran.

Police later caught up with the four adults and three juveniles charged with the incident.

The victim was rushed to Swedish Covenant Hospital and at last check was listed in stable condition.